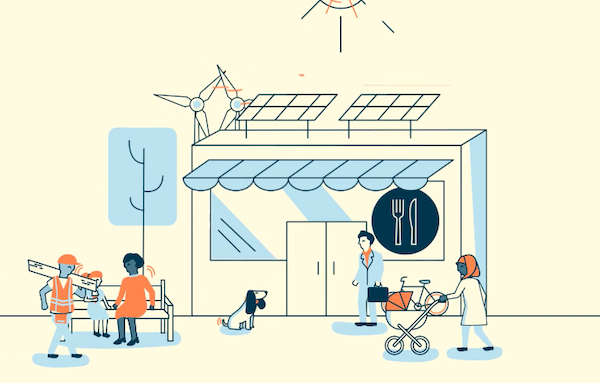 If you own your own home or business and are personally responsible for paying your electricity bill, you can expect to see a bump up in costs this year.

That’s because Southern California Edison is trying to recover nearly $1 billion in unanticipated costs that it incurred last year.

Ironically, you’ll be hit with that rate increase even if you are a customer of the new Clean Power Alliance, a locally operated electricity provider for 29 cities across Los Angeles and Ventura counties that include West Hollywood along with some unincorporated areas. CPA will purchase power from environmentally friendly suppliers that will be delivered to local customers through the existing SCE network. It will launch services for residents in February and for businesses in May.

All West Hollywood electricity customers will be enrolled automatically in the CPA service. However, they may choose to opt out and stay with SCE or chose from several CPA power and rate options. Those who leave SCE for CPA will have to pay a monthly “exit fee” to SCE to help cover the costs of long-term contracts that SCE signed to provide them with electricity. That fee is intended to keep SCE’s remaining customers from seeing their bills go even higher as the number of customers declines. SCE has argued that it isn’t fair that the customers who stick with it after the launch of CPA have to cover all of the unanticipated costs from 2018.

SCE, a publicly traded company, says it had to pay unanticipated high prices for energy because of last summer’s heat wave. July’s temperatures were the highest on record for many areas of Southern California, which caused a huge increase in energy consumption. That increase bumped up the price of the energy that SCE had to buy to meet the increased demand for electricity for air conditioning and other cooling services.

While the California Public Utilities Commission has approved SCE’s “exit fee” request, advocates for community choice for power sources have objected to it.

West Hollywood City Councilmember Lindsey Horvath, who represents the city on the CPA board, is one who has objected to SCE’s effort to recoup $125 million in expenses from CPA customers. Horvath has argued that SCE could have recovered those costs last year and that its effort to do so now appears to be an attack on CPA, its new competitor.

The CPA is a “community choice aggregator,” or CCA, a term used to describe 19 government-operated energy ventures in California. By participating in a CCA, local officials can decide what type of energy to buy for their communities and whether to offer incentives for clean energy practices such as solar rooftop panels. SCE and other investor-owned utilities will be responsible for installing and maintaining the utility poles and wiring and can generate a profit from that. West Hollywood residents will automatically be enrolled in the Green Plan but can, as noted above, choose another one.

The average CPA residential customer could see his or her electricity bill go up from $11 to $12 in the summer and around $8 in the winter to cover the SCE exit fee.

CPA plans to offer three energy plans. With one, the Clean Power plan, 50% of all energy will come from renewable sources. It will cost roughly the same as an SCE monthly bill. Power provided by the Lean Power plan is cheaper than SCE’s and comes from sources that are 36% renewable. Then there is the Green Plan, in which 100% of the power comes from renewable sources. It will be more expensive that SCE’s.

My apartment is just outside of Weho I am in DWP’s area. I pay for 100 percent clean energy from Arcadia Power that partners with DWP and it only raises my bill by about 10 dollars a month. I would think that this program should be similar.

The inclusion of alternate sources of energy to provide electricity is a growing national concern of much importance. Even this late in the game we must contionue to shift away from the use of fossil fuels. A New York Times study shows that nearly every state still relies somewhat on coal for energy,and in most cases is being replaced by other forms of power generation. The sacrifices consumers are being asked to make are necessarily economic. Our national power grid is an obsolete monster; our power generators just beginning to realize how inefficient they are. SCE made some bad business… Read more »

Does anyone know the link to chose to stay with SCE? I love the idea of clean energy but can’t afford to pay even MORE for it at the present time.
Thanks

Residents who don’t want to pay the premium price for 100% renewables can select the mid-tier rate (50% renewables) or the cheapest rate (36% renewables) by going to https://cleanpoweralliance.org/rate-options/ or by calling 888-585-3788.

Here’s a list of which rates–the cheapest rate (36% renewables); the mid-priced rate (50% renewables) or the premium price (100% renewables)–cities chose as their default:

“CPA plans to offer three energy plans… the Clean Power plan, 50% of all energy will come from renewable sources. It will cost roughly the same as an SCE monthly bill.”

FYI people- West Hollywood did not choose the Clean Power plan as the city’s default plan. They chose the plan called Green Power (100% renewable sources) for all residents. While nice to be 100% renewable, that is the highest priced tier.

If you don’t notify them you want to switch to the Clean Power plan (or the plan), your electric bill is going to go up.

That’s not what this article says, if correct.
“All West Hollywood electricity customers will be enrolled AUTOMATICALLY in the CPA service. However, they may choose to opt out and stay with SCE or chose from several CPA power and rate options. Those who leave SCE for CPA will have to pay a monthly “exit fee