The West Hollywood City Council tonight agreed to postpone a decision on a proposal to increase the number of licenses for recreational cannabis retailers from eight to 10.

City Hall will proceed with plans on Tuesday to release the names of the eight successful applicants for recreational cannabis sales licenses, which do not include any of the four current medical cannabis dispensaries that hold temporary recreational sales licenses. The possibility of increasing the number of licenses to accommodate those existing retailers is likely to be back on the agenda in January. 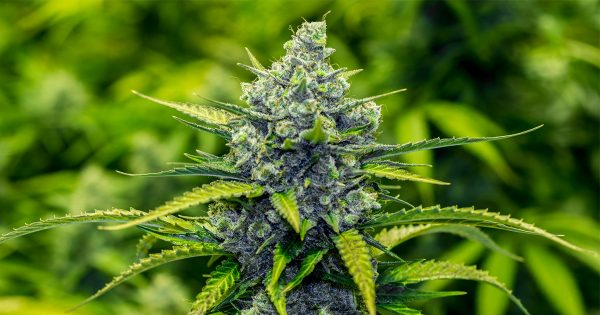 The City Council last year approved the complex licensing process that some applicants said cost them as much as $200,000, which included an application fee of $9.880 for each category except delivery licenses, whose applicants had to pay $5,025. Other money was spent on lobbyists and donations to incumbent council members running for re-election in March, donations to the Gay Men’s Chorus of Los Angeles, a charity chaired by Mayor John Duran, and to hire local residents to provide proof of community support and engagement by the applicants.

The City Council adopted a “merit-based” approach to determine who qualified for a license. The screening application included information about the applicant’s proposed business plan, design concept, security plan and experience in the business. Applicants did not need to have leased a location to apply. Those receiving licenses will have to secure a location and get the approval of the city’s Business License Commission before opening.

In an effort to ensure that applications would be reviewed on their merits, each screening application was reviewed and scored by an independent five-member application evaluation committee appointed by City Manager Paul Arevalo. Applicants were barred from contacting any members of the Application Evaluation Committee. The intent was to make the process totally objective, with applicants not chosen because of their political influence.

While the City Council agreed last year to limit the number of licenses to eight in each category, some council members argued at tonight’s meeting that the city should find a way to accommodate the existing local cannabis businesses that didn’t rank high enough to qualify for a license.

Councilmember Lindsey Horvath suggested that the city consider increasing the number of licenses to 10 in each of the categories. Councilmember John D’Amico recommended the Council delay its approval of the new licenses until City Hall revealed who had qualified for them and identified the recreational cannabis license holders who ranked ninth and tenth in the competition. Councilmember John Heilman argued for increasing the number of licenses to 10 so that two of the existing businesses would qualify.

Only Councilmember Lauren Meister objected to changing the results of the evaluation process. She said it was a shame that the existing businesses didn’t qualify for recreational sales licenses. But “it’s not a fair practice if you change the rules because you don’t like the outcome.”

Duran also said that he supported the current cannabis retailers, “They have been operating for a long period of time in the city,” Duran said. “… In essence they have become really great members of our community.” D’Amico agreed. “Four great businesses in the city will be asked to stop,” he said.

Duran also said that the fact that the city’s Code Enforcement office has never penalized those existing businesses and that they have not violated the law should have been considered positive attributes in granting a license. MedMen is, however, being sued by employees of its West Hollywood location, who allege that it has violated state laws by not paying them properly. Employees elsewhere have alleged that MedMen has illegally taken tips given to them by customers.

Representatives of some of the existing medical cannabis dispensaries argued that denying them recreational sales licenses would hurt them financially. None of them could survive selling only medical cannabis said Jeff Seymour, a lobbyist for MedMen. His statement was echoed by Don Duncan, president and founder of Los Angeles Patients and Caregivers Group. ““It is not economically viable to be a medical only dispensary,” Duncan said

Jason Beck, whose Alternative Herbal Health Services has been operating in West Hollywood for 15 years, said that nothing spoke more loudly of his shop’s qualifications for a recreational sales license than its length of service.

All 4 of the current dispensaries should be given licenses. They went through the process to get a license for medical marijuana a long time ago and have served the city well for many years. The idea the legalization and expansions of the marijuana industry will not include the dispensaries that started it all is stupid.

I really like MedMen and I hope it gets worked out.

Only big capital can get a license in the cannabis industry. It’s all corrupt. I thought I might have a chance to license my business in West Hollywood so I invested in the process. What a scam. If you don’t have millions it’s not happening. We put everything we had into the process. Turns out the lobbyists we hired under recommendation from our attorney received a license! She was even a competitor in our license category! If Cannabis licensing isn’t legal plunder I don’t know what is. Stealing from the people and giving it to big capital. If this was… Read more »

You might consider filing a conflict of interest action against the lobbyist and also your attorney a claim of Unfair Business Practices for a start.

I agree with you unfair business practices. We are looking into this. We really just want a fair process based on merit. Jackie Subeck new she was getting a license before the application process was even open. Weho is definitely as corrupt as any other city. It’s to bad … I had a lot of hope for weho.

I agree Bill, the legal cartel is much more corrupt than the illegal cartel. It’s all about money. The fact that only millionaires have the means to start a business that will make them million s more is beyond corrupt and morally reprehensible. Ohh wait, they did say they will donate a percentage of the millions they are making lol.

The rules were clear from the start. Current medical dispensaries were given temporary recreational licenses. And the city reached out for best and brightest new applications. Zero of the four local current made the cut so they continue as medical dispensaries- to say they can’t make it as medical is crazy given they were making as medical for years and years- they not only have their patients- they have 100% of the market share. The winners – who ever they are will have played by the rules and invested in these applications. If the city is going to change the… Read more »

I agree with Larry. Why created rules if you don’t enforce them.

I have been a loyal citizen and booster of West Hollywood for over 25 years, and I am just AMAZED at how messed up this entire process has been.

You’d think the Mafia could do a better job, and I mean it. This is simply a travesty.

Undercutting current businesses, destroying people’s relationships with their shops, initiating a completely opaque process. Generating licenses without the need for specific demand, I almost can’t believe this is my city.

The city held a public meeting with an open question / answer session, and has posted Q&As on their website. They issued a point-based application scoring system that makes the scoring very fine grained and specific. They published the names of the application review team. West Hollywood has kept the website up to date on when the winning applications and their scoring will be released

If the existing businesses were not competitive in this process it doesn’t make sense to say that it’s West Hollywood’s fault.

Im confused.. you disagree with my comment to ‘respect the rules’ and then you say it doesnt make sense to say that its West Hollywoods fault. Arent we saying the same thing. ?

I was replying to Mr. Skywatcher, not Mr. Block. Sorry for the confusion.

I hired a lobbyist by the name of Jackie Subeck about 6 months before the application process opened up. After 2-3 months we met with Jackie for a update on any progress she has made on our behalf. At that meeting she informed my partner and I that we would not be getting a license. Jackie then proceeded to tell us she was getting a license and we could work for her ! Obviously the rest of that meeting was down hill from there and she ended up storming off while we were trying to explain all the issues with… Read more »