The March 5, 2019, ballot will list 11 candidates for three seats on the West Hollywood City Council. 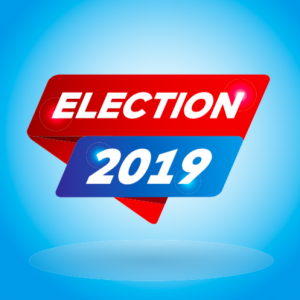 The candidates include incumbents John D’Amico, Lindsey Horvath and Lauren Meister. Also running will be Tom Demille, who has had four previous unsuccessful runs for city council, and Duke Mason, who was unsuccessful in his 2015 bid for a council seat. Demille is a former actor. Mason is a member of the city’s Lesbian and Gay Advisory Board and a former member of the board of West Hollywood Community Housing Corp. Timothy Williams, who had announced his intent to run, will not run.

The newcomers are as follows:

Jack Cline. Cline is a registered nurse and nurse practitioner at Providence St. John’s Health Center in Santa Monica. Cline also is a drag queen who goes by the name Jackie O.M.G. (O My Goodness). Cline is a representative for the California Nurses Association. He lives with another gay city Council candidate, Eric Jon Schmidt.

Brendan Hood. Hood is associate director of business analytics at AT&T and according to posts on Facebook has been an avid participant in the WeHo Dodgeball League. WEHOville has reached out to Hood for more information but, as of publication, he has not responded.

Shawn Davis Mooney. Mooney has lived in West Hollywood since 1993. He has worked as general manager at Holiday Retirement in Napa and is a model and actor. His LinkedIn profile says that he worked in 2005 and 2006 as director of operations at House of Pedals, a florist on La Cienega Boulevard, and from 2010 to 2014 was co-owner of a Venice, Fla., flower shop. His IMDB profile says he played the role of a border patrol agent in this year’s “Where Dreams Rest.”

Sepi Shyne. Shyne was appointed by Councilmember John Heilman in July to the city’s Lesbian and Gay Advisory Board. Her LinkedIn profile identifies her as the founder of Soulillume, which “offers energy healing for humans and pets, reiki and massage combo sessions, spiritual guidance, energy healing classes, energy healing products and inspirational e-books and seminars.” Shyne also practices business and trademark law and is former co-president of the LGBT Bar Association of Los Angeles. She has been very much involved with the Los Angeles Chapter of the Human Rights Campaign.

Marquita Thomas. Thomas, who is the executive director of the Los Angeles Gay and Lesbian Chamber of Commerce, also is a member of the city’s Lesbian and Gay Advisory Board. She is a former member of Christopher Street West, the non-profit organization that stages the annual LA Pride parade and festival in West Hollywood.

Careful of even CONSIDERING electing Marquita Thomas. Read this article, here: https://thepridela.com/2016/05/la-prides-conduct-unbecoming-draws-a-boycott/. If she gets in, she’ s likely to shut down anyone who challenges the City Council or complains, mis-citing the Brown Act and declaring any criticism “conduct unbecoming” of a City of West Hollywood citizen! I’d sooner vote for Thomas to be run out of town on a rail after the disgusting mess she made on the Christopher Street West (CSW) Board of Directors with her threats and gag order. That foul, selfish piece of trash should be banned from the city limits, not elected to run it.

I would like to invite all candidates to reserve a 2 hour time slot in front of the BlockParty shop between Jan 20th thru Feb. 28 to meet and greet local residents and more. All candidates are welcome to showcase their materials in the shop and on the store windows. While I have personally endorsed 3 candidates the shop is non-partisan and welcomes all the candidates to get to know the community.
To reserve your time please email larry@blockpartyweho.com and include 3 different days and your time choice. Preferences on a first come first served basis.

Could that be “House of Petals”?

I know “to dream the impossible dream” but I’d once again ask & hope that all candidates would refrain from name calling, mud slinging and false accusations…unless in the privacy of their own homes. What I want to hear from each and every one of them is what they love about West Hollywood, what they don’t love, what issues they’d champion and how they’d bring about new results. Please, no more stating the obvious that we have issues pertaining to traffic, the homeless population and the cost of rentals (as does Los Angeles and well, every other major metropolitan city)… Read more »

To get to know the candidates we certainly need more than pone public forum with dumb, softball questions lobbed. I’m looking forward to a good old South Boston todo with people who might have some good plans for the next decade in West Hollywood.
I’d love to see a Speakers Corner in one of the parks where citizens can speak their minds, offer themselves up for debate, etc. without police interference.

Why can’t that forum be on the pages of this publication? I would love to hear more from all of the candidates.

What’s the transparency mechanism for the election? I’m curious who the backers are for each candidate.

I look forward to getting to know all of the candidates. I know enough about one to enthusiastically support her for reelection. Of the two remaining incumbents, one pledged not to run for a third term and he should be voted out for that pledge fail; the other needs to pledge to serve out her term if she is reelected, and the council needs to pledge that when she doesn’t, it will hold a full special election and not engage in the democracy-stealing sham of a back-room appointment which gave her the unfair luxury of incumbency in the first place.… Read more »