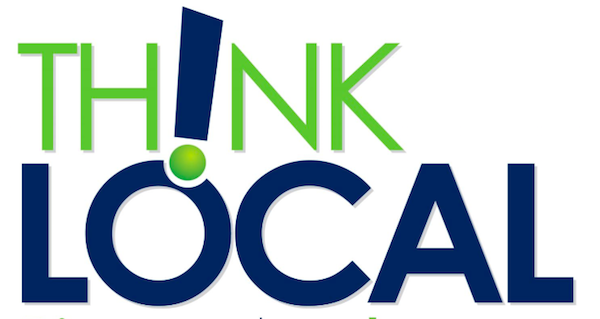 Election season is in the air. The candidates are pulling papers, and soon we are off again to the races. The issues are plentiful. The issue front and center in my mind is public safety. I feel like a sitting duck waiting for the next shooter to blow us away. The shootings at Borderline Grill in Thousand Oaks ripped through me, and killings at the Pulse gay bar hit so close to home. It was less than 18 months ago when the sheriff intercepted a man with bombs and guns headed from Santa Monica to West Hollywood for L.A. Pride.

And now it’s public knowledge that Mayor John Duran was on MAGA bomber Cesar Sayac’s hit list of 100 targets. If that gunman was planning to point a gun or mail a bomb to Duran, then he was likely targeting all of us in West Hollywood. If Duran is on the FBI or Secret Service protection list, then we need to double down on our city public safety efforts. All of West Hollywood needs need more protection.

That means our elected officials have to get back to thinking local. Partisan national politics has become a dominant issue for some of them. But our City Council members serve us. They are not state senators or federal congresswomen or congressmen. When I ran for City Council four years ago, there was not a D or an R next to my name. The only letters adjacent to my name were WeHo. So I’m hoping some of our West Hollywood elected officials can tune down their state and national political rhetoric and put their energy into a rapid-response initiative for us instead of whatever is happening in Washington or Sacramento. If you’re not thinking local, you should consider opening up your City Council seat to someone who really puts his or her heart into West Hollywood first.

Michelle Obama writes in her book about the fear she felt for her daughters when people made those birtherism claims against her husband. She worried the kooks would go after her children. Well, maybe we have reason to worry in West Hollywood given that we have City Council members attracting so much attention to themselves with attacks on the President of the United States. One or another of our council members has banned Trump from WeHo, given Stormy Daniels a key to the city and celebrated in West Hollywood Park with a balloon that mocks the president. I get it, the guy is a bombastic buffoon. But we should not be buffoons too. We need to promote civil discourse. And they need to be thinking about the rest of us who are sitting ducks.

If you’re running for City Council , then tell me what have you done in the past years to promote public safety. And if you are a City Council member attracting so much attention to yourself that it requires FBI follow up, then I want to see some follow up by you on public safety for the rest of us. Where is our 30-second response plan?

And where is our Public Safety Commission, which has not been effective in making any recommendations to the City Council. At the city’s annual commission and board member training session, one Public Safety commissioner asked Michael Jenkins, the city attorney: “What if we want to talk about something, and we are told it’s not in our purview, or it doesn’t come back to us for discussion for months and months?” That question alone is indicative of a broken process that means the Public Safety Commission is not an effective liaison between the City Council and the residents of West Hollywood. Also consider the fact that three of the 11 Public Safety Commission meetings scheduled thus far for 2018 (one is scheduled for each month) have been cancelled due to a holiday or lack of quorum and not rescheduled for later in the month.

If I had to come up with a 30-second rapid fire response plan, or a plan to deter terrorism in the most crowded parts of West Hollywood, it would involve two on-foot patrol officers seven days a week from 8 p.m. to 4 a.m. One officer would be at the corner on the north side Santa Monica and San Vicente, and the other on the south corner at Robertson and Santa Monica. The cost would be less than the additional $661,000 appropriated to bring the Metro to West Hollywood. If you had to choose safety or subways, which do you think is in the best interest of public?.

Thinking Local also means sharing your plan for the Metro subway in West Hollywood. Do you want the subway up and down Santa Monica Boulevard with the rumblings underground and double escalators pouring people onto the streets where the Sheriff’s Station lies? The homeless will sleep in the subway and there would be urine and crime. The Metro route that would best protect our community should be like that at Disneyland. It would drop you off on La Brea or Doheny, perhaps Sunset or Beverly. You then would take the local shuttle through WeHoLand, protecting the integrity of our communities. Lure Metro to WeHo? Yes. Tear up the streets with a underground city? Not for me. So another question I’d like to ask the candidates is their position on the Metro extension and its implementation.

When we campaigned successfully for term limits, the idea was that there would be a pool of community residents to serve as the next generation of council members. We bickered on the language to include in Measure C and compromised on a 12 year limit, but the limit wasn’t retroactive. Members of the current City Council will term out in 2024 and 2026. The years between now and then are our building block years.

I want to see that new pool of candidates come forward and get involved in our local government. If residents with a passion for local issues are the ones who strive to serve, then we will have fulfilled the promise of term limits. If not, our politics will be towing the national political party line. Remember, getting involved is not an election-time thing. It’s an all-time thing. I’m not on the ballot but our future is. My advice to all the candidates is Think Local.

@JJ, you are so right. The beautiful new 200 million dollar park will be affordable housing for homeless. The city council is more concerned with Trump than West Hollywood. The Public Safety commission does nothing and does not even meet 25% of the time. I love love the idea of 30-second response and its a dereliction of duty for council and duran to be concerned with only their public safety while he creates noise and adds to the problems. The question of term limits is also the only thing we have to get rid of the corrupt, stale, thinking at… Read more »

“… a City Council member attracting so much attention to yourself that it requires FBI follow up …” Seriously? You are assigning some responsibility to Duran for “drawing attention to himself” as a reason for being targeted by a domestic terrorist? Do you believe in Democracy? The right to protest? Your comment turns my stomach, a bit, and feels like victim-blaming. When was the last time you were targeted by a domestic terrorist? Given a death threat? Been on a “hit list?” I sincerely hope, none of the above. I won’t argue, one bit, about the need for an increase… Read more »

LOVE the idea of foot patrols on Santa Monica Blvd. in the evenings!!!!
And YES, the city council should be LESS focused on national goings on and spend more of their precious time on city of West Hollywood issues – of which we have many!!! Have you seen the growing Skid Row at the west east entrance to our park off San Vicente. That whole sitting area is filled with drug addicts.

Thanks, Larry. This should be a continuing conversation. We must constantly ask our Council how they will address public safety – and we citizens must be on the front lines as well since there are more of us than “them”. Anybody involved in Neighborhood Watch? We have always had a crime problem in West Hollywood. It’s like a candy store to small time hoods from all over LA. But, it’s also a resort town with thousands of visitors daily which means we have to be extra vigilant. We must be a major part of the solution….

This seems scattered. What’s the point(s)?

The successful candidates in coming elections will be the ones who bring it back home. The grandstanding has gotten quaint and tired, and the recent balloon buffoonery proved that point by way of the pathetic turnout. We ban fur, but we don’t clean our sidewalks. We key the city to a prominent porn star, but haven’t yet formulated a plan for the homeless. We develop at a clip that is mind-numbing, but seem to have no coherent plan for traffic congestion. I hope that incumbents who want to be re-elected (in my mind only one has proven herself worthy of… Read more »

Sadly your on point here – we should not overlook the dangers that exist in our own backyard, our politicians care mostly about themselves, the public safety commission really never did more than rubber stamp the ‘officials’, the subway through West Hollywood will change everything about our neighborhoods in a bad way displacing and homogenizing our core values and term limits will probably be a bust because there are few qualified candidates. While I did not cast my vote for you in the past ur passion and reason would make me reconsider if you decided to run again.

It has been clear for years that John Duran cares about the camera’s on him no matter what happens to us.

Probabilistically, you are over-reacting.