A write-off of employees’ college loans may be on the bargaining table when the West Hollywood Municipal Employees Union next year begins its negotiation of a new contract with the City of West Hollywood. 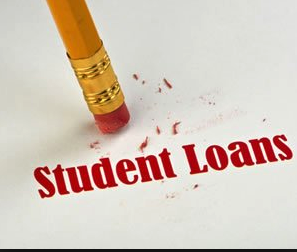 The City Council, in a four to one vote, agreed last night to add a student loan forgiveness program to the array of benefits that city management can consider offering in its re-negotiation of the five-year union contract.

The proposal was brought forth by Councilmember Lindsey Horvath, who argued that offering student loan forgiveness would be important in attracting so-called “millennial” or young employees.

“Student loan repayment as a workplace benefit has gained traction in recent years as a way to attract and retain millennial workers,” says a memo to the Council describing the proposal. “According to the Society for Human Resource Management, 4 percent of companies currently provide such a benefit, but it is expected that this percentage will increase in the coming years. Most of the companies that currently provide such benefits are in the financial and technology.”

The memo cites Memphis, Tenn., where eligible city workers receive a monthly contribution of $50 toward repayment of their student loan principal after the employee makes the minimum monthly payment.

Councilmember Lauren Meister opposed the proposal. “I don’t think we should be negotiating for the union,” she said.

“I think we should be looking out for our residents,” Meister said, saying the average income of city residents is $50,000 a year. West Hollywood City Hall employees are paid substantially more than those of other California cities of a similar size.

Councilmembers  John D’Amico and John Heilman also questioned the proposal but supported it when it was clear that student loan forgiveness would be an option to be considered in the contract renegotiation and not a requirement.

In my opinion Ms. Horvath is setting the city up for a big discrimination lawsuit. She is stating that the city is specifically seeking millennial employees. What about a person in their mid forties that may have gotten an undergrad or masters recently and would love to be considered for a staff job at city hall and have an Oporto have their loan payments subsidized. Thankfully Lauren Meister sees the big picture and is pushing back on such a stupid statement that explains a stupid proposal.

UNREAL!
and people thought the deputies were overpaid!
Personally I find this to be outrageous. I thank Council member Lauren Meister for her devotion and concern to us, the citizens of West Hollywood.

The base pay of many top city executives is at the very top, or in the top tier of all people with similar titles throughout State of California. Specific examples include the city manager, whose base pay is the second highest in the state. The director of public works is the fourth highest paid in the state. The city clerk is the fifth highest paid in the state, among 762 records. We have one of two event services managers in the state, but ours has a base salary that is a whopping 70% higher than the one in Anaheim.

I don’t think City Council understands how to negotiate a contract. They should be looking for ways to save money, not offering the other side money they didn’t even ask for. Leave the negotiations to The negotiators. Stop handing money out so recklessly. Plus it’s an insult to older prospective employees for Horvath to imply that the City needs more mellinnials. Studies show that older workers are more productive and have a stronger work ethic than younger workers. Kudos to Ms. Meister for seeing through the smoke in this wreck of an idea.

I believe that the argument against millennials is misplaced in this debate. It’s not about anything other than that a city council should be providing board oversight on the management of the city, and with rare exception, and as you correctly congratulate Councilmember Meister, there seems to be little board oversight of the management of the city. I would hope that our elected representatives want to question these things, and not simply throw them on a consent calendar. For the record, I have hired many millennials, along with people from every other age-band of working age. There are good apples… Read more »

I understand Alan, you have to disagree with me no matter what. I can dig it.

I think Horvath has a few friends who work for the City who don’t want to pay for their education so she was trying to throw them a bone.

This is patently ridiculous! Next, city employees can request assistance in paying their rents or mortgage accounts. This proposal is also the sort of nonsense which has given the municipal employee unions a terrible reputation. Judge Plunkitt was correct in his views of the civil service run amok.

Couldn’t agree more.
Recently had opportunity to again consult the compensation list of city employees and was aghast. Several employees in different but related departments, instrumental in a recent tenant/landlord debacle had eye popping compensation as it relates to letting a simple solvable issue spin out of hand. The only conclusion being that skills involved in moving files from one side of the desk to another are highly compensated but that does not include the skill to think and exercise foresight.

Please go to https://transparentcalifornia.com and look up 2016 Salaries for current staff in West Hollywood and then post your reaction here on Wehoville. Tell us if you think the staff needs more money when about 6,000 people in WeHo live below the poverty line. Is Weho really going to use our tax dollars to pay student loans? Good lord, I hope not.

Yes, agreed. But don’t just look up WeHo salaries, compare those salaries to those around the state (see my Op-Ed from Sunday) and compare those salaries to the private sector. At all levels of the city bureaucracy, the pay and benefits far surpass comparable positions in other municipal governments and private industry, in some cases double, in at least one case, almost triple! My Op-Ed focused only on titles of manager and director when calling out specific positions, but it goes deeper than that. The Great WeHo Compensation Scandal! Who is managing this financial obscenity? Holy Moly!

Weho has about 35,000 people and is less than 2 sq. miles. They use mostly contractors for services. Compare to BH and SM, who both have their own fire depts, school systems and police departments. They have more citizens and yet many get paid less than WeHo. Their new young planning commissioner is also the employees’ Union Rep. …Tangled web?

You’re sending people to look up peoples’ salaries so they can come back here and what… call out names and salaries? If they offered you a well-paying job at the city, you’d refuse on principal, right?

Yes, it’s called accountability and something called oversight, which the city council is charged with providing. Further, this is not about calling out names, this is about responsible management and maintaining competitiveness. I’ll leave the anecdotal stories about the imperious attitudes of many bureaucrats to others (although I’ve experienced it many times), but a simple review of publicly available information is a prudent thing to do. Transparency in public endeavors is a good thing–that’s why this information is posted at transparentcalifornia.com.

No argument against just compensation for highly diligent folks but there are sandbaggers in the system and if it doesn’t bother you yet, it may at some point given the right occasion. Skill, Service and Honor are principles learned at an early age and they continue to be guiding factors for one’s self and those around us. Choose wisely.

Additionally, I would not be interested in a job with the city but am happy to give service as is one’s civic obligation…….another early lesson.

After reviewing those insane salaries, it’s hard to believe the city has any money left for oh, let’s say, SAFE CROSSWALKS!!!! (That’s just for starters)