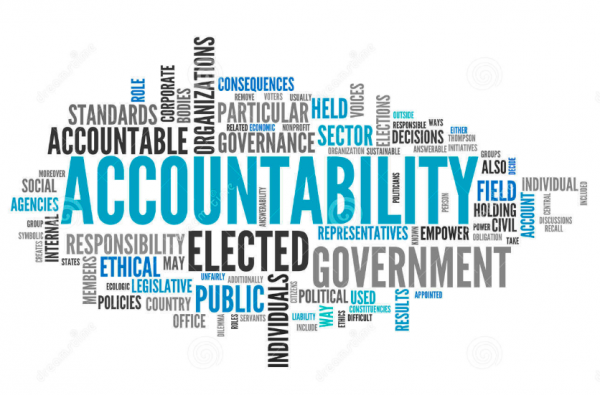 EDITOR’S NOTE: This is the third and final in a series of Op-Eds by Carleton Cronin, a long-time resident of West Hollywood, about the importance of turning out to vote. The first in the series can be found here. The second can be found here.

The reach of cynicism in our land today is far greater than at any time I can recall or research. But, I’ve been around only 85 years. I see and hear it everywhere and, sadly, even among some members of the current generation. There is plenty to be sad about, but nothing changes without effort and a decided goal.

As Trump and his band of carpetbaggers blithely destroy or steal most of the good efforts of their predecessors over the past 70 years, groups of highly energized younger people are rising up to challenge the Huns in our midst. While internationally shady figures such as Sheldon Adelson and our very own Koch brothers donate millions to the Republican crowd, there are progressive millionaires such as George Soros and Tom Steyer who are using their wealth to promote voting among many who have felt disenfranchised.

All politicians make promises, some are “pie in the sky,” some well-intentioned, some simply political BS, and all are subject to alteration due to changing politics, impossible dreams or, worse, forgotten by the public as well as by the promiser. Holding our representatives’ feet to the fire is the single most important action a citizen can take once any election is over.

How well do we do that in West Hollywood? I recall well the evening in which John D’Amico challenged the sitting Council as being “elitist” and forgetting the stated mission of the city’s founders – its citizen residents. How well has Mr. D’Amico upheld his desire and intent – once in office – to bring more transparency and less lofty ambitions to the Council? There are many who consider John Heilman as the architect of the city and wish to retain him on the Council until the leprechauns come for him. John Duran is considered by many to be the representative of the sizable (40% of the population by one count) LGBTQ community and the continued target of detractors due to his not-always-regular inter-personal actions. Lauren Meister has been a voice for homeowners and for safe streets (and sidewalks) throughout her tenure. She is regarded as a “steady hand” with a desire for a civil approach to politics. Lindsay Horvath is our representative of the current generation with its different approach to politics and is thoroughly political. Many feel she is looking for the next higher step up in the game.

Adding it all up, are we well-served? Those who know the game say that when a community is reasonably happy with its condition, it is difficult to get them to the polls — “why change things?” Well, I believe we need to continually twist the tails of the Council. Complacency in politics brings problems unseen until it’s too late. Additionally, we must not forget our city manager, Paul Arevalo, who remains much in the shadows. He is the city mechanic who keeps the machinery of government functioning – yet we hear not much from him, unless one goes to every Council meeting. We need to hear more of his views, his intentions. Is he just doing what he is told by the Council? How much impact does a resident have regarding his activities? We have four months to prepare for our next municipal election. Make your voice heard loud and clear.

Another thing is that we cannot afford full-time Council members, so we have to use the ones we have to the fullest – that’s OUR duty.

The mid-term election on Nov. 6 – this year – is one of the most important elections during my lifetime. For me, it is not entirely about Democrats versus Republicans, it is about Reason versus Impulse, passionate hope for the future versus intractable troglodyte desire to remain in the past and to prevent progress. This election is the warm up for the defeat of our apprentice president’s shoot-from-the-hip ‘policies’ in 2020 before his fumbling causes more misery and retreat from decency and some degree of righteousness.

Consider how many states with Republican governments are designing rules to prevent their citizens from voting, then consider how easily it is for you to vote in West Hollywood, in California. That privilege is what I hoped to protect when I put my a** on the line 67 years ago – along with a few million others. Anyone who spent any time in the military should feel as insulted as I when people say they have neither the time nor the inclination to vote. Stand for the Constitution, stop whining and get to the polls on Tuesday, Nov. 6, 2018..

White males who are afraid of the power of women are becoming obsolete. On their way out, they make good laugh material, though.

I’m gonna go out on a limb, LOL, and assume you are referencing me. How do you know I’m a white male? I know Latinas and Asian females who live in W. Hollywood who would have said the same thing about Hillary, and women of other races, including black, who live in LA and are equally fearful of her power and share my disgust of her. I’ve never seen anyone lie with greater ease than Hillary Clinton, and she amasses power in ways that can be described as criminal. I could name politicians with penises who strike in me the… Read more »

Great point you made there LOL and, the best part is that the results from the recent midterm elections not only validate your position but give you the last laugh! 🤣 You will notice how the misogynous Trump supporting anti-Hillary Clinton conspiracy posters NEVER provide any links to back their positions. Apart from the FACT that NO credible sources exist that show any evidence that Hillary Clinton committed any crimes, the sites that promote such conspiracies are easily exposed as “hate sites” when you bother to visit their home page. In-spite of the Trump supporter’s attempts to rewrite history Hillary… Read more »

Very well written, as always, and I do agree with your general theme. I do admire more than I can say that you served our country those decades ago. We youngsters, for the most part, have no idea how big a deal that was. However, I just cannot accept some of your premises. I voted for Trump only because Hillary scared the crap out of me. Trump was an embarrassment, but I’ll be darned if he hasn’t done everything and more that I wanted my president to do, but didn’t reasonably expect it would happen. Yeah, he tells lies in… Read more »

I’ll break my rule regarding replies to thank you for your measured and civil response to my article. Your tone certainly opens the door – a bit – to further discussion. Thank you. Carleton Cronin

Carleton, you are indeed the gentleman I knew you to be as I’ve followed your always beautifully written and thoughtful essays.

Thanks Carl.
Our city council members are accessible to all of us individually and collectively.
Take the time to engage them on a personal level on any subject of concern and be sure “you” contribute to a productive interaction. Have a goal, build a bridge and work towards a resolution.