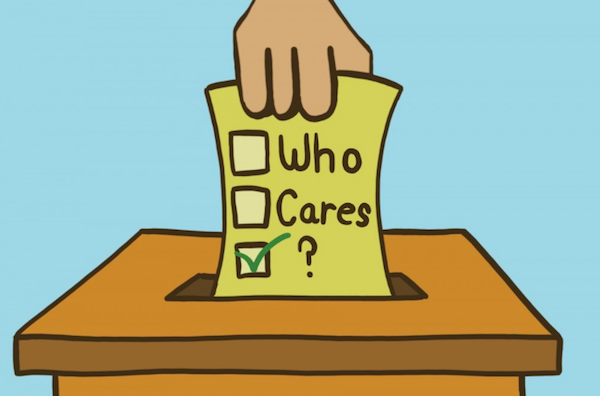 Democracy has been described as the most chaotic form of government because it is difficult to obtain and maintain a majority without some form of manipulation. Nationally we are faced with a concerted effort by Republicans to suppress voting among certain constituencies that traditionally vote the Democratic ticket.

Actions currently undertaken include requiring voters to have a street address on their voter registration form. Our indigenous people, mostly in the western states, may live on lands designated as “reservations.” If you have ever visited a “reservation” such as the several Lakota lands like the Rosebud Reservation, you would have noticed that there are no or few actual, formally named streets designed there. Thus, without a street address many Native Americans are unable to fill out a voter registration form. With a 6-2 vote, the Supreme Court upheld that restriction.

Some 27 states now require a state-issued photo ID card, which many poor people cannot obtain due to inability to travel to the county courthouse – or, perhaps they are infirm or even homeless. (Not all homeless people have no jobs. Many do but cannot afford to live anywhere. They are still citizens.) Reducing the number of polling places, reducing the hours they are open are two more means of voter suppression. Then there is purging voter rolls. Between 2000 and 2016, the state of Georgia removed an estimated 2.3 million names – many of people still alive and registered to vote. Of course, they were black citizens. And, guess what? The recently appointed justice to the Supreme Court, Brett Kavanaugh, supports voter ID laws. His reach could even find some parts of California. Don’t think it could not happen here.

Locally, indifference is a form of voter suppression because it removes citizens from the process of properly examining candidates for representative office — for local City Council seats as an example.

Incumbents love your indifference because it makes their re-election more secure. As noted in Part One in this series of Op-Eds, a pitifully small crowd controls what happens in West Hollywood politics and administration. It sets the tone and the stage, and those who do not participate must go along for the ride.

I well remember walking the streets of West Hollywood to obtain signature for the cityhood petition and finding so many who felt it was the right thing to do and looked forward to participating in the process. Now…? Then, there were no questions like this: How long do we retain a councilperson? On what basis? Is the city really planning for the future or just letting things happen – despite the Long Range Plan – and its several alterations? How can I be heard outside the council meeting’s limited time for public comment?

Back in the early days of cityhood, at Council meetings in the auditorium, members of West Hollywood West Residents Association (WHWRA) sported little white badges attached to their collars. The Council, seated on the stage, could look out and see that at least one group of constituents was there to be seen and heard. We seem to have become much too sophisticated for such shows of force.

Years ago, at several events sponsored by the WHWRA, I was asked to be the moderator for the candidates forum prior to municipal elections. As I look back on those long evenings when there were sometimes ten candidates, I cannot think that we threw anything but softball questions at them. We lacked the toughness to be assertive then. I apologize for that because the candidates should have been seriously grilled on the important issues.

Further, one appearance was not enough. Donors to particular candidates now hold “meet and greet” fundraisers where one can interview – for about 60 seconds – the candidate on display. WeHo TV should be available to the candidates throughout the pre-election period. More public “debates” before we get to the polls. We have a few months to prepare. For now, this midterm general election is mightily important on its own, but can function as a practice for our next municipal election. Change must be managed, as it is inevitable.

Here, by the way, from 2015, is the political party breakdown in West Hollywood from WeHo By the Numbers

Not much different from other Westside cities, we are considered a “liberal bastion,” full of concerns for the good of the public.

To whom it may concern: The “hash tag walkaway” has been exposed as a HOAX for quite some time now. Not only are the “known” members of the “hash tag walkaway” right-wingers with a solid past of being such, they used ads featuring stock photograph models claiming they were Liberal Democrats leaving the party and embracing right-wing conservatism. This is just like the Security Company that featured pictures of me in tactical gear and a copy an old résumé of mine, giving the impression of who a client could expect to be handling their security matters. I was NEVER an… Read more »

I was “cured” by the antics of the Clintons, so I WalkedAway before it had a name, but prior to that my voting record probably looked an awful lot like yours.

I could elaborate, but …… why would I?

I read the first three paragraphs and then skimmed the rest of it. I’ve heard it all before; many times! I had to show my photo ID three days ago at CVS for the first time when I picked up refills at the pharmacy. I love West Hollywood. Wouldn’t wanna live anywhere else. But the Leftist here just assume everybody who lives in WeHo thinks just like them, and can’t imagine anyone here would not. What arrogance! Those people would be shocked at how many of us here in this wonderful city are on the other side. We #walkaway a… Read more »

Excellent article Mr. Cronin! Voter ID Laws have been and, still are a voter suppression tactic. In 2014, the first election since 1965 without the “preclearance” protections of the Voting Rights Act, voters in 14 states faced a series of new voting restrictions adopted by mostly Republican legislatures that included a voter identification law in Texas and cutbacks on same-day registration and early voting in North Carolina. A federal court judge later ruled that a Texas voter ID law was passed with the intent to discriminate against minorities, violating the Voting Rights Act. With its holding in Shelby County v.… Read more »

Cy Husain (who thinks Karl Marx was a great man), it was liberal activists, including activist judges, who made it happen. You’ve gotta factor in the power these crazies have. When there is legislation they don’t like they know how to get the issue on the docket of one of their just-as-crazy judges. And liberal activist members of the media add great assistance to the cause. The only voter suppression there has ever been has been on your side. Remember the Black Panthers who stood outside a polling precinct a few years ago in a threatening manner. Others of their… Read more »

You now need a passport to enter Mexico. Like Tijuana. Last year I went to vote in WEHO and someone already voted in my name. No photo identity is a joke! Every country in the world demands it. Not the USA. Because of the swamp folk in Washington DC.

Carl, As always, a wonderful informative article…..Thank you.

I’m over the photo id excuse. My first time voting, I pulled out my driver’s license and could not believe it was not needed!!!!! I can’t get on a plane, can’t get a loan, can’t drive, can’t get booze, can’t get unemployment benefits, cannot get a credit card, bank account or checking account, cannot get welfare, etc. if I DO NOT HAVE A PHOTO ID. Now California DMV has botched up with 23,000 voter registration “errors”. The right to vote, legally, is one of the things that gives us ownership of America and makes us American. This is the most… Read more »