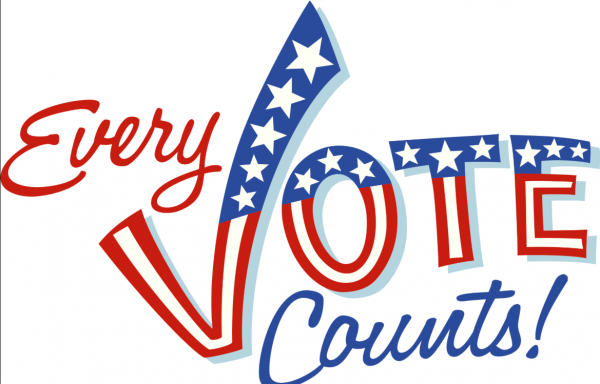 Sometime in 2017, an opinion piece of mine was published here with the theme of voter registration and the necessity of voting in our democracy. It was prior to the city’s municipal election. The past Council election outcomes seemed to have been almost always predictable, and I thought that some of the new voices were necessary, even if only to foster debate on the usual subjects.

A few of the comments the piece received were from those quick to remind me – or to educate me, the ignorant boob that I am – that West Hollywood is full of transients, many staying no more than two or three years and then moving on. So, why bother to vote if you’re only a visitor? (It is a rule of mine to not answer comments because what I have written is not meant to be a conversation piece. That may be or not be an indication of the depth of my intellect. So be it. ) But I do have an answer to the question, “why bother to vote?”

Part of the answer is that citizens have a duty to vote, to exercise the privilege of the political franchise, hard earned by your ancestors and by your peers who spent time in the military, whether they liked it or not. Read on for the rest of the answer if you have even an iota of concern for what’s left of our wonderful democracy, our vaunted, valued republic. Remember what Tip O’Neill had to say: “ALL POLITICS IS LOCAL”’

So, here, in West Hollywood, is where it begins, where our much-admired (and much abused) democratic republic must be defended. I wanted to find out just how many defenders there are in our town. WehoBytheNumbers.com offers a record that goes only to 2015, but that and the previous years show much the same results. Regardless of the population ups and downs (less than 1% on average) here are some numbers to consider:

1. Percent of population eligible to vote – 87%

To my way of thinking, that is a dismal record. Even if you are a “transient,” planning only a few years in our village, what happens here will affect you, and you have the privilege of helping determine what that will be.

You also have a duty to show up at the polling place if you have registered. Why even bother to register if voting is such a bother? On the WEHOville.com screen I see an awful lot of complaining about everything from the actions/non-actions of the City Council to concerns over street safety or the conditions of our sidewalks. After the complaint do you all write your favorite councilperson and register your thoughts? That’s part two of your duty as a citizen/resident in WeHo.

Looking back at past elections as compiled on the city web site (weho.org), I sampled the results of a few municipal elections. The latest year was 2015, but the numbers are quite similar for every year regardless of fluctuating population (no more than 1% on average) and other elements such as number registered and number voting.

It comes down to a simple statement: about 5,000 residents are in charge of a city of about 37,000, which also means to me that only those who voted have any real reason to complain about anything.

It’s no secret that I was a sunshine soldier, avoiding the draft, by joining the Air Force hoping to get my eight-year obligation done and over with and to return to whatever else was in store for me. Having barely survived the rigors of training at Camp Gordon and later at Fort Benning in 1951, (both Army camps though I was in the Air Force), and having run our of options for which I might volunteer and avoid the horrors of combat in Korea, I was antsy as I sat in the chapel listening to the general in command of the school.

He thanked us for our ability to survive his arduous and difficult training program (ha ha) and told us how we would be the “banner bearers of democracy” wherever we went next. We would be “making the world safe for democracy.” Further, he said we were protecting the very principles of American democracy, which included the privilege of voting for our representatives in government.

As luck would have it, I went to Europe while others went off to shoot up the Koreans and Chinese opposition, some to die or be wounded on that misbegotten peninsula – as they too were making the world safe for democracy. I do not know who believed the general’s spiel for the reason they were slicing and dicing absolute strangers in a strange land, but I think we all got the gist of his words. If you didn’t have the misfortune to have been in the military, there are still plenty of reasons you should be a good citizen, transient or not.

I would have said that was a “trite idea” but these days (the worst in my lifetime in the U.S.) it now is REAL and anything but ‘trite’

Why do one’s homework and vote when it’s so much easier to complain? With all the time spent complaining in person and online, folks could actually participate in finding solutions. If you don’t like what’s happening around you…..change it.

Gotta listen to this wise man and vote! ps – my guess is the % of wehoville readers who vote is much higher than the stats indicate.