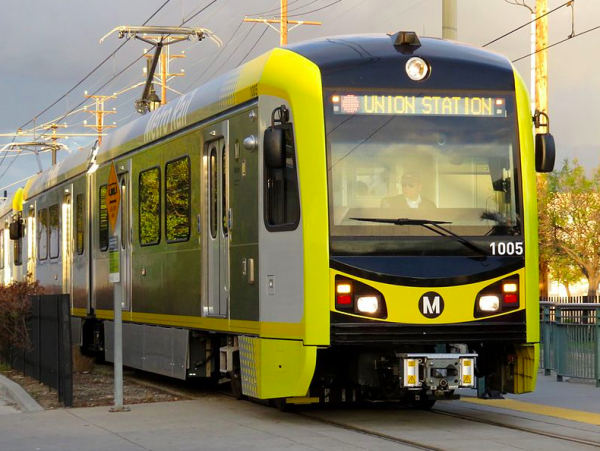 West Hollywood has inched a bit closer to getting an extension of the Crenshaw/LAX light rail line with a decision Thursday by the L.A. Metropolitan Transportation Authority’s board of directors to spend $400,000 on screening the number of rail alignments to be carried forward into environmental review..

The routes that look likely to provide the most benefit to WeHo are the San Vicente Route and the La Cienega Route. Each of those would take Metro trains through dense areas of the city.

The Crenshaw Extension will be funded by a one-half cent increase in the sales tax authorized by the passage of Measure M in 2016 for a variety of public transit projects across Los Angeles County. Metro has allocated $2.24 billion for the Crenshaw Extension. The West Hollywood City Council has asked

The environmental impact study is a key step in the process required to get the extension ‘shovel ready’ by 2020, which could potentially allow Metro to have it completed by 2028 instead of 2047.

City Hall’s Community and Legislative Affairs Division has estimated that the extension will cost between $1.4 billion and $2.2 billion within West Hollywood depending on the final alignment after the environmental review.

The West Hollywood City Council voted in May to take steps to find additional funds to support the extension, which effectively moves the extension up Metro’s priority list.

One of the criteria for ranking projects is whether a local jurisdiction is willing to allocate at least 10% more than the required 3% contribution to the local project. Among the other five criteria in that “partnerships” category are whether the area applying for priority consideration will streamline the construction permit process and whether it will establish a tax district to fund at least 10% of the local extension cost.

Shovel ready in 2020 but not completed until 2047? Ridiculous. The cost will skyrocket the longer they drag their feet…

Shovel ready implies a ceremonial event. This 2020 date was NEVER quoted by Metro, yet keeps popping up in WeHoVille articles. The route might be selected in 2020, but budgeting and environmental impact will take years.

The real question is how are we going to fund the 10% of the costs to expedite this construction; so far all we have heard is that the City could use revenues from “the marijuana tax”, an income stream that is likely to diminish as other cities and States allow for commercial sales. The other suggestion a Council member made was to fund the extension through an increase in sales tax which seems very regressive. I can’t say we have had any realistic discussion of how construction will impact Santa Monica Blvd.

We will have flying cars by then. Thanks, anyway.

zoom666
Reply to  This Is Stupid

Baloney Mahony, flying cars if available would not be able to take off or land from anywhere outside of an airport, safety is a concern, if you object it says you are reckless.

If prop6 fails to pass, it’s possible this could be moved forward, if not, 2047 here We come. And you either pay at the pump or you pay for car repairs, your choice.

VOTE NO on Prop6, unless you like Thousands of Dollars in Car Repairs, then by all means vote yes, your wallet will hate you soon enough.

What are you talking about? Who says I buy gasoline or pay thousands of dollars in car repairs?