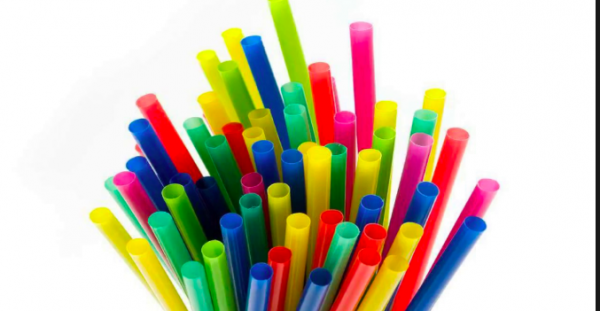 West Hollywood is launching its “Straws Upon Request” campaign on Wednesday with an event at Kitchen 24 restaurant.

The campaign is an effort to raise awareness about the negative environmental impacts of plastic straws and to encourage local restaurants, bars, nightclubs and their customers to go straw-free or consider using alternatives, such as straws made of paper, steel, silicone, glass or bamboo.

In August, the state legislature passed a law prohibiting full-service, dine-in restaurants from offering plastic straws to customers unless they are requested. The West Hollywood City Council, in February 2018, approved a resolution in support of this statewide legislation. The state law goes into effect on Jan. 1.

One California city has taken an even tougher approach, in June, the city of Santa Barbara passed a bill actually banning the distribution or sale of plastic straws at bars, restaurants and other establishments, with plastic stirrers and cutlery only available upon request. A restaurant worker who commits a second violation of that law can be fined from $100 up to $1,000 and sentenced to six months in jail. Exemptions allowing plastic straws can be used for those who are disabled and cannot use other types of straws.

The Straws Upon Request campaign kickoff will occur at 5 p.m. at Kitchen 24, 8575 Santa Moica Blvd. West Hollywood Mayor John Duran and members of the West Hollywood City Council will be attend the event, which is free and open to the public. The city will distribute information during the upcoming weeks about the campaign, which encourages establishments in West Hollywood to embrace alternatives to plastic straws and to take part in citywide sustainability programs.

“Nearly every piece of plastic still exists on earth, regardless of whether it’s been recycled, broken down into microscopic bits, or discarded in the ocean,” said Mayor Duran. “While one might assume that plastic straws are one of the smallest contributors to overall plastic pollution, they are, in fact, one of the most commonly found items during beach cleanups. West Hollywood is leading the way to go straw-free and is supporting efforts to make the shift across the state.”

Imagine if West Hollywood put this much effort into the transient drug addicts wandering the street, setting up tents on the sidewalk and loitering around every park and library.

Nope. Not giving up plastic straws. Stop punishing the businesses and hardworking citizens of Weho.

Guest
You Do You

I just pack my own straws and I will use them. When I pick up my coffee drink and they have already inserted a straw into it with a little piece of paper covering the top of it, I remove it, throw it away and take a new straw that no barista has touched. No one tells me what I MUST do.

How about starting the clean-up with all of the garbage, dead bodies and nuclear waste that has polluted the Pacific from the Tsunami?

Grow up and realign your priorities. Jesus.

HARD NO. If our governments put the same effort into public education as they do for stupid crap like this, the future would change. No, this feel good legislation is ridiculous. Nanny state BS. Sorry, but some of those glasses in bars and restaurants are not as clean as one thinks and I am not going to stop using straws. Plastic pollution in the ocean is a real problem, but only about 1 percent of it comes from the U.S. Of that 1 percent, only a tiny fraction comes from plastic straws. But jail time? Seriously, we’re letting out rapists,… Read more »

Maybe if we do the easy things first…
Nah, scratch that.

It’s all good – looking forward to a less plasticky future.

I think jailing servers is over the top, obviously.
So are heavy fines. Put a sign up that says Don’t Ask For Straws, (or at your peril).