The City of West Hollywood has been awarded a $75,000 state grant from the office of California Attorney General Xavier Becerra to combat the illegal sale of cigarettes and tobacco products to minors. The grant is part of a statewide effort to fund activities that reduce illegal sales. The Attorney General’s office announced a total of $37.5 million in grants to be distributed to 71 local entities throughout California.

West Hollywood will use this funding to develop a tobacco training program, inspect licensed tobacco retailers, raise public awareness regarding tobacco use and coordinate operations to identify illegal tobacco retailers. 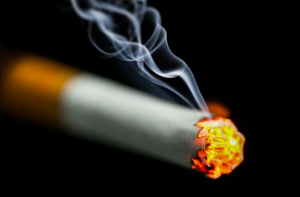 “The next generation — our local students — led the effort by participating in actions to expose retailers who were selling to underage youth,” said City Councilmember Lindsey Horvath. “I’m thrilled that the Attorney General has followed their lead by providing new funding for the City of West Hollywood and for communities across California to hold tobacco retailers accountable for selling cigarettes and tobacco products to minors.”

The grant program is the result of Proposition 56 — the California Healthcare, Research and Prevention Tobacco Tax Act of 2016 — which came into effect in April 2017, raising the tobacco tax by $2 per pack of cigarettes with an equivalent increase on other products. The proposition allocates $30 million to be distributed annually by the California Department of Justice.

Agree with Pete – this is a joke! The loophole for patios especially with tents/retractable roofs needs to eliminated. I am sure David Cooley contributes to council members so people can light up at the Abbey & Chapel. They’re the biggest offenders. The “outside” air is consistently filled with smoke. As we know “there is no safe level of exposure to secondhand smoke.” If the city cares about our health, we need to eliminate the loopholes and enforce! Why we let the 10% – 20% of smokers ruin the health of the other 80% – 90% is beyond me! Let’s… Read more »

There are serious problems encountered when applying generalized statistics to a specific demographic. It’s how conservative christians like to claim that their abstinence only programs lower teen pregnancy rates by including boys who don’t get pregnant into their figures! 40% of LGB high school students actively use at least one type of tobacco product, a rate that is 33% higher than among heterosexual students. With Transgender Teens with even higher rates hitting around 50%! Also LGBT teens start smoking much younger as well. Reference: Kann L, Olsen EO, McManus T, Harris WA, Shanklin SL, Flint KH, Queen B, Lowry R,… Read more »

It would be super informative if all government spending was broken down on as per basis. For example, our city is giving a $60,000 contract as per the budget to a company whose job is to collect abandoned shopping carts. I live here. I walk around. If they collect 200 abandoned shopping carts in the year, I will be amazed. At that rate, it is $300 a cart. If one throws the other funds to help the same folks who are abandoning shopping carts, the pricer per goes up exponentially. If we broke down all these numbers and what the… Read more »

This is a joke. If WeHo really wanted to protect people’s health, they would ban smoking on outdoor patios at bars. With no separation between the indoor and outdoor spaces, this allows large amounts of tobacco smoke to get inside and makes the patios hazardous areas for non-smokers. This is a huge loophole in the anti-smoking ordinance that basically turns any bar with a patio into the type of smoke filled bar we used to see many years ago.