EDITOR’S NOTE: The Locals is a series of occasional profiles of West Hollywood residents with important or fascinating back stories that many, even their friends, may not know.

Colin Kim is part of that population. A West Hollywood resident, Kim is a yoga teacher and expert in the field of breath work and emotional healing who is certified in both Vinyasa and Kundalini yoga. Kim also is a fourth-generation direct descendent of Korean pioneers. And though Asian-American Heritage Month isn’t until May, Kim and other Korea-Americans, and Koreans everywhere have cautious reason to celebrate. 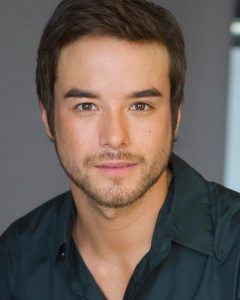 The end of the Korean War in 1953 resulted in a truce, not a peace treaty, so North and South Korea have officially been at war with each other this entire time. In what could be a historic announcement, the two countries are in talks to permanently end the war. North Korean premier Kim Jong Un and South Korean president Moon Jae-In are said to be meeting next week to negotiate the details of the treaty.

To provide the context for those of us who only know about the Korean War from the occasional M*A*S*H rerun, Kim provided an oral history of Korea.

“Japan started to invade the top of the Korean peninsula and pushed the Korean people towards the southern end in the late 1800s. In 1903, 53 American vessels went to the southern tip of Korea on a rescue mission. Instead of calling them refugees, they were called work immigrants. They immediately became American citizens but in exchange for their rescue, they were delivered to either Hawaii or Virginia or Riverside to work on farms or sugarcane plantations.

“For 47 years, Korea was a Japanese colony. Koreans all over the world had a supplemental government in Shanghai, China, that they were sending money to keep the Korean country alive, at least in concept, during the time when they had no country.

“At the end of World War II, China teamed up with Japan to rule Korea. The Americans didn’t pay attention until the Soviet Union got involved. The Korean War wasn’t Americans fighting Koreans. It was Americans fighting Russian, Chinese and Japanese soldiers starting upward from the bottom of the peninsula. At that time, there was no North and South Korea. When the Korean War happened, there was a particularly cold winter when millions of people were dying. The Russians, Chinese, Japanese and Americans had suffered so many fatalities, that they agreed to end the war.

“Americans had pushed the northern forces about halfway through the peninsula. When the war ended, Russians left Communist propaganda north of the front. One of the reasons North Korea has the mentality it has is because it was never rescued from its Communist mentality when the Soviets pulled out.”

During this tumultuous time in Korean history, Kim explained how his great-grandparents were instrumental in keeping Korean heritage alive.

“My great-grandparents came to America as work immigrants. Because they were citizens and not refugees, they were allowed to congregate politically. In Danuba, Calif., around 1913, my great-grandmother, Sarah Kim, founded the first Korean Women’s Association. My great-grandfather, Kim Sung-Kwon, was the head of the L.A. chapter of the Young Korean Academy, which met near USC. My great-grandmother was honored for keeping the Korean interim government funded during that period. When the war ended in 1953, my great-grandmother visited Korea and found a child alone and naked on the street and there was no support system in place. She was inspired to open the largest Christian orphanage in Korea.”

Kim’s great-grandparents’ legacy was so great, that Kim and his brother visited South Korea in 2017 by invitation of the government for a repatriation ceremony. In this ceremony, his great-grandparents’ ashes were moved from Glendale to a cemetery in Seoul. Since his great-grandfather was in the army, they had to receive permission from the U.S. Army to exhume his ashes. During this visit, Kim discovered the importance of an oil painting he has of his great-grandmother.

“We visited the Seodaemun Concentration Camp where Koreans involved in the independence movement were tortured and executed. Korea has this Korean descendants trip every August. What was unique about this trip was this was the first time Korea recognized that any women took part in the pioneer descendant movement. Professional oil painters were commissioned to make portraits of 400 women and my great-grandmother was one of those highlighted.”

“My grandfather, Yin Kim, opened a medical and dental office at what is now USC,” Kim said. “This is remarkable because at that time, there was an outbreak of tuberculosis in war-torn Asian countries. There was a belief that just touching an Asian person could give you tuberculosis. It was important that my grandfather could open this office and treat Korean people for the first time.

Many longtime Californians are familiar with long-time legislator Alfred Song. He created the office of the state public defender and one of his bills overhauled the state evidence code. He too has a personal connection with Kim.

“My grandmother’s second cousin is Alfred Song, so Alfred Song is my second cousin once removed,” Kim said. “He was the first Asian-American of any kind to pass the State Bar. He then became the first Korean-American to be elected to the Senate of the state legislature. In his career, he personally authored more than 217 laws. His primary focus was equal housing. For example, at one time, you could attach ethnic terms to a contract saying the new owner of a home couldn’t sell to a certain race in the future. He not only changed that, but he famously authored the Song-Beverly Act, which is what’s known as the Lemon Law. In 2014, The Metro Purple Line Station at Wilshire/Western was named in his honor and a monument of his likeness was erected.”

The blue and red on the South Korean flag represent the yin and the yang of creative forces and destructive forces. Kim’s forebearers have more than done their share to oppose destructive forces. With this potential treaty between North and South Korea, the seeds of heritage that Kim’s great-grandparents sown might be coming to fruition in a big way.

On Sunday, May 5, you will be able to catch Kim on KNBC. His interview with Robert Kovacik will kick off the station’s celebration of Asian-American Heritage Month.

A beautiful and inspiring story about the values of heritage and integrity.