West Hollywood is part of a national coalition of 40 U.S. cities and counties, along with the National League of Cities and the U.S. Conference of Mayors, filing a legal brief seeking to prevent the termination of the Deferred Action for Childhood Arrivals program. Mike Feuer, City Attorney for Los Angeles, which is leading the coalition, announced the filing today.

The brief asks the 9th U.S. Circuit Court of Appeals to uphold an existing injunction against the Department of Homeland Security preventing it from terminating the DACA program. 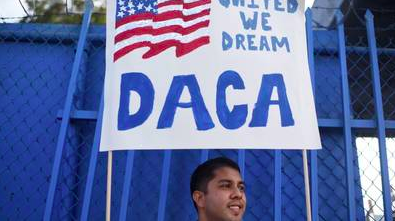 DACA, created by DHS through an executive order by former President Barack Obama in 2012, allows about 850,000 immigrants who were brought to the country illegally as children — often referred to as “Dreamers” — to work and study openly without fear of deportation. The Trump administration announced last September that it would end DACA in March unless Congress passed legislation to save the program.

“We continue to fight to keep DACA alive and to seek clarity for the hundreds of thousands of Dreamers who depended on the program when they came out of the shadows,” Feuer said. “Today cities and counties across America stand united with the Dreamers, who personify the American values of education, hard work, and belief in a better tomorrow.”

When announcing the termination of the program last September, Attorney General Jeff Sessions said “the compassionate thing is to end the lawlessness, enforce our laws, and, if Congress chooses to make changes to those laws, to do so through the process set forth by our founders in a way that advances the interest of the nation.”

Congress has not passed any legislation to preserve DACA, but federal judges have so far blocked the Trump administration’s attempt to end the program.

“Young people with DACA protection should have their minds focused on building the future they dream about — not fear of being torn from the people they love and the only home they know,” Los Angeles Mayor Eric Garcetti said. “We’re standing behind family members, friends, neighbors and co-workers who make extraordinary contributions to our communities and economy — and who simply want the stability and acceptance that everyone in America deserves.”

Nearly 50% of all currently active DACA recipients live within the borders of the 40 cities and counties participating in the amicus brief, according to Feuer’s office.

The amicus brief states that local jurisdictions will suffer direct economic harm if DACA is rescinded, and that it would make communities less safe and DACA recipients much less likely to report criminal activity out of fear of deportation. The brief also argues that in terminating DACA, DHS acted in an arbitrary and capricious manner, failed to comply with the requirements of the Administrative Procedures Act, and did not provide supportable rationale for the decision to terminate the program.

We have far too many issues that directly impacts the quality of life of tax paying citizens to spend one cent on illegal aliens…PERIOD! I feel for these people but the blame lies directly at the feet of their law skirting parents. I am so fed up with California politicians putting the need of illegal aliens before Americans.

You should consider the historical role the United States has played in creating the problem through its foreign policy of overthrowing democratically elected governments, installing dictators who run CIA backed death squads that terrorize the populations. These conditions force people to immigrate as their ONLY means of escape! More of your tax dollars have gone to creating this problem than anything else.

Reasons Latin Americans Come To The U.S. That Have Nothing To Do With The American Dream!

You should probably seek the source of your own frustration.

The DACA group are largely working or going to school, serving in the military, or other useful and vital things that *some* other people do.

They are not illegal aliens; they are undocumented.
They have been here most of their lives and this is HOME.