That decline is one of a number of revelations about West Hollywood’s housing market contained in a report about rent-stabilized and affordable housing in 2017 by the city’s Human Services and Rent Stabilization Department.

The report notes that average rents for rent-stabilized units “dropped on average from $7 for studios to $291 for 3-bedroom units. The last time West Hollywood RSO rents dropped was in 2010. 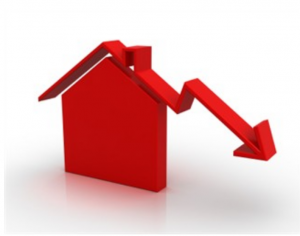 “The reason new rents dropped in 2017 is not known at this time, however a number of new rental units have been built in recent years. Following market dynamics, an increase in available units should either slow rent increases or lower rents in the overall housing market. Staff is studying this further to better understand if the decrease in 2017 can be expected in 2018.”

Other data in the report about the city’s 23,581 households includes:

— Ninety-three percent of all rental housing units in West Hollywood come under the city’s Rent Stabilization Ordinance, which was adopted in June 1985. As has been the case for years, 78% of West Hollywood residents are renters, compared to 45.5% of those in Los Angeles County.

— Sixty percent of the housing units in West Hollywood are occupied by only one person and thus designated as “single-person households. Almost 80% are characterized as “non-family households,” which is a way of describing an apartment occupied by un-related roommates.

The city’s inclusionary housing program, which requires developers of buildings with 11 or more units to make 20% of them affordable for extremely low, very-low or low income people, in 2016 produced 77 affordable housing units for low

income seniors. In 2017, the program produced 58 affordable housing units reserved for very low, low or moderate income households. “At the end of 2017, the inclusionary program had 322 units in operation,” the report says. “There were an additional 24 under construction and 133 approved or under review.”

— However, one issue is that most developers are not adding affordable housing and are, instead, paying an “in lieu” fee to the city’s Affordable Housing Trust Fund.

In 2016, developers of 54% of new projects with 10 or fewer units paid the city’s in-lieu fee. “This trend continued in 2017 with 77% of new housing projects proposed paying the in-lieu fee and not providing onsite affordable housing,” the report says.

Money from the Affordable Housing Trust Fund can be used by the city to help finance construction of affordable housing projects by non-profit organizations such as the West Hollywood Community Housing Corporation. However, given that the city is already heavily developed, there is little room for new projects. Also, the city traditionally has committed itself to trying to integrate people of various income levels rather than segregate them.

— For the past two years, the city has been able to offer affordable housing units within the inclusionary housing program to all of those who lost their rent-stabilized housing under the Ellis Act. Under the state Ellis Act, a property owner can evict all residents of rent-stabilized apartments if he or she intends to take the building off the rental market. That often is done so that the property owner can replace the apartment building with more lucrative condominiums.

Condo and Houses Are Expensive 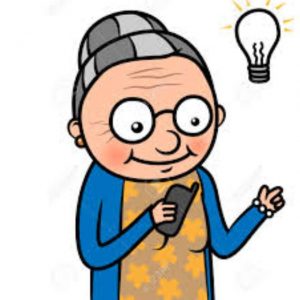 — West Hollywood has a somewhat older population than the surrounding Westside. In 2015, the median age in West Hollywood was 41 .1 years, compared to 37.6 years for the Westside, and 35.8 years for California, the report says.

On the other hand, in 2015 nearly 30% of WeHo residents were Millennials — ages 25 to 34. Fifteen percent of residents were seniors ages 65 and older.

Looking at the comments, friends and Russians getting priority for housing is very disturbing. But I recall, when I was living in Palm Springs, we made a complaint to the FBI regarding how the city was being run. The FBI was very open to our complaint. I think it’s time for a group in West Hollywood to head to the FBI to complain how the Housing Authority is run. That could lead to more investigations. Like the pay for play problems with the WEHO City Council. There is so much there to possibly make them swoop down on the west… Read more »

It has always amazed me that the Russian population have been given priority receiving low income units. While many left Russia when it was part of the Soviet Union I do not believe they should receive priority treatment over others especially OUR veterans. In the latest AARP magazine on the last pages it shows World War Two veterans being welcomed home. The photo next to it shows our current veterans at a homeless shelter, that has been the sad fact since Viet Nam. While Russia was our so called allies they were beating back the Germans who had invaded their… Read more »

The West Hollywood Inclusionary Housing Program has been closed since 2013. So you’re looking at 5 years of people on a waiting list? Who knows if those people are even around or qualify. It should be a yearly application process. And you’re right…there is no transparency on who gets these apartments. I’ve always been sure “friends of friends” get priority. There is just no accountability. All the local low income program refers you back to the Weho City Dept and their low income website. Which I might add if you even try to email them they never respond. But all… Read more »

Perhaps the West Hollywood Housing Authority – a non-profit joint operation with the biggest and most profitable BIG BUILDERS IN LOS ANGELES AND BEYOND, is a factor. There is very little pubic information available about the lottery list for granting low income housing units. The application date is not at a typical time of year for the highest people moving and looking fo apartments. The window is small, and closes without any public information let alone involvement to ensure the fairness of the years of these units going to what many people feel are people not “low income” and are… Read more »

Perhaps one of the reasons for the apparent “drop” is the non-competitive rents considering the quality, age, condition and cleanliness of many of these units. Landlords, not unexpectedly, cut costs however they can on stabilized apartments while increasing the rents amounts. A one bedroom unit in our complex is $1,400 and that’s a 60 year old bldg, no light, cheap paint, very old appliances and limited parking. I’m told that’s “low” and NOT the costs that this article reflects. Perhaps someone ought to do better research?