A plan by the Beverly Hills City Council to consider a water rate increase next week has raised questions from West Hollywood residents about why they are still paying a 25% surcharge for water from the Beverly Hills Drinking Water Enterprise.

Beverly Hills furnishes water to households and businesses on an area of the west side of West Hollywood whose approximate boundaries are Doheny Drive on the west, Sunset Boulevard on the north, Flores Street on the east and Beverly Boulevard on south.

The proposed rate increase would boost the bi-monthly water bill of the average single-family homeowner by $5.50 to $6.50 a month. The rate would be increased over each of the next five years, meaning an overall increase of about $30 at the end of the five-year period for the average homeowner. The City of Beverly Hills has said the increase is needed to cover increased expenses at a time when water revenue has declined because of drought conservation. 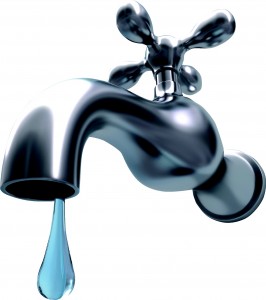 West Hollywood residents already pay a surcharge of 25% for water from Beverly Hills. The BHDWE has said the 25% surcharge that it levies on its WeHo customers is “in recognition that Beverly Hills has extended service out of the city limits to customers that had not contributed to the City’s General Fund which funded the initial construction of the City’s water system.”

Beverly Hills has been providing water the area for decades. In 1928 it purchased the Sherman Water Company, which provided water to the then-unincorporated west side of what was to become West Hollywood. In 1948, Beverly Hills started receiving water from the Metropolitan Water District of Southern California (MWD), which now serves the rest of West Hollywood. It also operates several groundwater production wells of its own which supply about 10% of its water supply.

City Councilmember Lauren Meister, a resident of the west side, has raised objections in the past to the 25% surcharge.
Meister has argued that if the surcharge is intended to compensate Beverly Hills for early investments in the water system that WeHo didn’t help pay for, now it is time to calculate whether WeHo’s payments have covered that gap.

Meister also has said she wants to know if the surcharge is “revenue neutral.” The BHDWE has said its fees are designed only to cover its costs and not generate profits.

WHWRA has asked its members to email the mayor and of Beverly Hills and its city council members at MayorandCityCouncil@beverlyhills.org to protest the 25% surcharge. A public hearing on the proposed rate increase will take place at the Beverly Hills City Council meeting at 7 p.m. on Nov. 7 at 455 N. Rexford Drive.

The City of Beverly Hills has created a calculator that can be downloaded online that West Hollywood residents can use to determine the cost of the proposed five-year rate increase.

I see both confusion and Irony. Beverly Hills, With the Graystone Estate the crown jewel, all had to do with money from water and the construction of a water system for virgin land, soon to become the fanciest city if Beverly Hills. Edward Mulhulland led the team (or just cashed all the checks … Not sure). Yet in all of Greater Los Angeles there has always been a unique to B.H. issue for city water. They had to build a massive Underground most of the enormous back grounds of the Greystone Estate.YET the remaining 11-13 million LA residents have few… Read more »

It’s further west than La Cienega – closer to Robertson/Doheny. I can’t find the map, but this one is good if you want to check each street. http://dpw.lacounty.gov/general/servicelocator/

I encourage everyone that is effected to contact the BHills City Council!

I beleive the east boundary is La Cienega, it certainly is not Flores since I live on Olive Dr. and we get our water from the City of Los Angeles Department of Water & Power which is my second point , not the Metropolitian Water District which supplys water to several water agencies.

Rate payers in western West Hollywood should be able to get a rebate from the city. Funds for this would come from the Transient Occupancy receipts. The entire city should be responsible for this “grandfathered” practice.