The West Hollywood Chamber of Commerce has announced its support for the June 11 Resist March, a protest event that will replace the annual L.A. Pride parade.

The Resist march has won support and opposition from owners of businesses in the city’s Boystown nightlife area. Chamber Chair Keith Kaplan said earlier this month that the group, a non-profit formed to promote local businesses, has “not made a determination on whether or not to support this on behalf of the business community.”

In an email blast today, Chamber CEO Genevieve Morrill said: “Human rights ARE business issues. They enrich communities to create prosperous and thriving economies. The fight for civil liberties and responsible enterprise have unapologetically established our great city as a mecca for dreamers. #WeHoChamber stands proud and ready to join the #ResistMarch and #LAPride in making history again.” 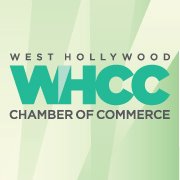 The Resist March is a project of Brian Pendleton, a gay entrepreneur and supporters of various LGBT causes. Pendleton has been invited to join the board of Christopher Street West, the non-profit that has staged the parade for 46 years, and which has embraced the Resist March as a replacement for the parade.

As currently planned, the march will begin at the intersection of Hollywood Boulevard and Highland Avenue and proceed west to La Brea Avenue. There it will turn south and continue to Santa Monica Boulevard, at which point it will continue west to the intersection of Santa Monica Boulevard and Robertson. Estimates of the number of participants range from 250,000 to 750,000, a figure based on the large turnout for the Women’s March in downtown Los Angeles in January.

A city study of the financial impact of major events reported that the annual Pride parade and festival attract 125,000 people to West Hollywood. That study reported that the Pride events generate $5 million in otherwise unanticipated revenue for local businesses and workers.

Some of those businesses are supportive of the Resist March while others have expressed reservations about it or condemned it because they think it will hurt their business. They argue streets packed with demonstrators are not likely to shop, drink or dine as they typically do during the Pride parade.

The Chamber of Commerce argues that the Resist March is a business-friendly event. “A broader coalition than ever is expected to attend this march for human rights and civil liberties,” in said in its email message. “And, based on the turnout for the Women’s March, we expect participation in this event to be unprecedented and historic. Along with the extension of the route this year, starting in Hollywood and going through the East Side ending at Santa Monica and Robertson, it means there will be a lot more opportunities for a lot more West Hollywood businesses including those located near our Eastern gateway, on Sunset Boulevard, La Brea, Melrose and across the city.

“Marchers will patronize merchants in areas of the city that have not traditionally benefited from Pride. So, evaluate your inventory, train your staff and adjust your marketing plan. You’ll want to be prepared to take full advantage of this opportunity.”

In its email, the chamber notes that partners in the Resist March include CSW, the WeHo City Council, the L.A. City Council, the L.A. County Board of Supervisors, Equality CA, Project Angel Food, The L.A. LGBT Center, the Human Rights Campaign, Women Against Gun Violence, the National Council of Jewish Women Los Angeles, the Los Angeles City Attorney, the Trevor Project, Trans Can Work and the Family Equality Council.

The Resist March and similar activities planned around the country are in response to measures taken, or proposed, by President Donald Trump that will mean stepped-up enforcement of immigration laws, a possible rollback of protections for transgender people and curbing women’s abortion rights. However, as are some other organizations that apparently are reluctant to challenge the Trump administration, the chamber argues that the Resist March is not an “anti-Trump march.”

“… This march is in response to the imminent threat against our values, accomplishments and human rights,” it says in the email.  “The aim is to send a message to anyone, politician or otherwise, on federal, state or local level, that we are united in our fight against bigotry, discrimination and hate.”

It’s bad enough that the “parade” and related activities, primarily the consumption of over priced beer and alcohol used to benefit those in need when in fact it benefits the promoters and administrative expenses, now you want to run the risk of making a statement that could result in damage to private property, the possibility of extended law enforcement and security expenses and more. Who benefits from the proceeds of the anticipated entry revenue? What percentage actually ends up in direct and specific aid to those in need and what is the point of this? The chamber might think the… Read more »