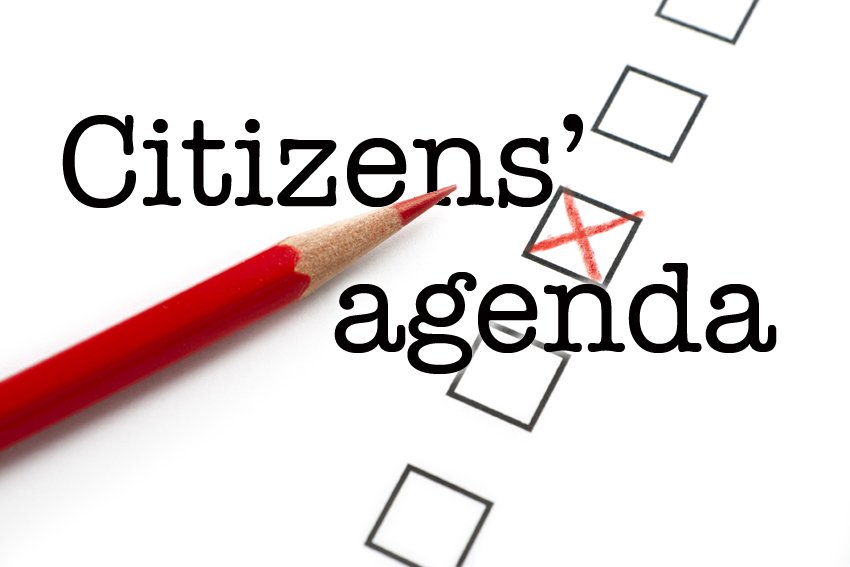 Once again, WEHOville asked. And once again you, the residents of West Hollywood, answered.

Hundreds of West Hollywood residents responded to a request from WEHOville last week for questions they want to see addressed by candidates in the March 7 election for city council. Think of them as the public’s agenda in this campaign, rather than one put together by campaign consultants. Below are those questions raised most often or involving issues in the news of late, some of which are identical to issues raised in the 2015 election.

We will reach out to each of the 10 candidates in the March election and ask them to respond to the questions you have raised. We will post the responses on WEHOville each week. Now, the questions:

1) If you haven’t participated in civic life or taken public positions on major city issues in the last few years, why should we believe you’re willing to devote the time required to adequately represent us on the city council? And why should we believe you have the background and knowledge of local issues necessary to make important city decisions?

2) The election of Donald Trump has left many local residents concerned about his possible actions on issues involving undocumented workers, LGBT rights, climate control and financial regulation. Should the City of West Hollywood take action to ameliorate the impact on its residents of any major changes by the Trump administration? If so, what would those actions be?

3) Have events such as the annual Halloween Carnaval and L.A. Pride become too large for West Hollywood, given that they bring large amounts of traffic and noise to the city? Given the controversy of the management of L.A. Pride in recent years, which depends heavily on the city’s largess, should the city demand more transparency in how it raises and spends its money?

4) At least one member of the current WeHo City Council laments the elimination of the council deputy system, and some residents have said that elimination has made it harder for them to reach city officials. If elected, would you advocate for recreating the former system or some version of it And if so, why and how?

5) Some residents are concerned that the WeHo City Council has made its meetings difficult to attend and participate in. For example, since August, the council has reduced its twice-monthly public meetings to once a month, which results in a much longer agenda for each meeting. Also, council members continue old practices such as calling out the names of members of military from across the country who have died, “adjourning” their meetings in honor of celebrities with no local connections, calling out list of events already published on the city’s website and recalling all events and meetings they have attended in the past month.

As a result, residents who want to speak during the public comment period are sometimes allowed no more than one minute instead of two. And sometimes important issues aren’t considered until very late at night or during the early morning hours, long after working residents have had to go home.

Do you consider this an issue? And if so, what would you do if elected to make it easier for residents to attend and participate in public council meetings?

6) A major issue in West Hollywood is development, with some residents arguing that the city is too densely populated and shouldn’t allow construction of housing for additional residents. Others argue that growth is inevitable but must be carefully managed, and that the addition of more housing is the only way to slow the dramatic increase in local housing costs.

What is your stand on this issue?

a) How can the city help seniors whose landlords evoke the Ellis Act to evict them and then turn their apartment units into lucrative condos, given that the payments those seniors receive on eviction often aren’t sufficient to cover West Hollywood’s high rents for long, and that the waiting list for affordable housing units is so long?

b) Should the city consider permitting construction of so-called “micro-units,” the very small apartments being built in cities such as San Francisco, New York and Boston to provide affordable housing for young people?

c) Which better addresses West Hollywood’s housing affordability problem: a) insisting that developers of buildings with ten units or more add affordable housing or b) requiring those developers to contribute to the city’s housing trust fund?

8) The process of starting a new development or opening a new business in West Hollywood is seen by some as too complicated and something that dissuades small business owners from coming here. Do you agree? And if so, what would you do to change that?

9) Currently developers can negotiate specific entitlements or special privileges for a particular project and then turn around and sell that project, enabling them to make a larger profit without actually working to complete the project. Should the city require new owners of a project to reapply for entitlements?

10) The vast majority of the money that funds city council campaigns traditionally comes from out-of-town developers, billboard companies and city vendors. As a candidate, and later as a council member, will you:

a) Publicly set a limit on the amount of money you will take from any specific developer or billboard company, including in that limit money from members of that donor’s immediate family, co-workers, lawyers and lobbyists?

b) Recuse yourself, if elected, from debating or voting on issues before the council involving city vendors who have donated to your election campaign or to charitable organizations and institutions where you work or on whose board of directors you sit ? 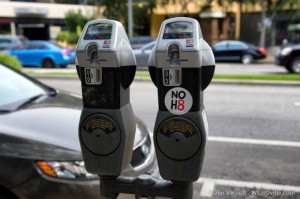 12) Parking, or the lack thereof, continues to be seen as a major problem in West Hollywood.

a) Can the city do more to address the difficulty residents have finding parking? And if so, what?

b) In Los Angeles, there has been a campaign to limit the amount of a parking ticket to $25, the reasoning being that tickets are supposed to dissuade people from breaking the law, not provide a source of revenue to the city. Would you support a similar limit in West Hollywood, which gets a significant portion of its revenue from parking tickets?

13) Traffic congestion is a major issue in Los Angeles, and especially in West Hollywood. Some argue that traffic congestion in WeHo is worsened by the construction of new housing here. Others say that the major reason for heavy traffic is that our major east/west arteries are used by commuters passing to and from other areas. And then there are those who note that the fact that most who work in West Hollywood live elsewhere, and those who live in West Hollywood work else where, is a cause of rush hour congestion. Are any or all of these arguments valid? And what, if anything, can the city do to address them?

14) The city council has made more explicit its ban on short-term (less than 30 days) rentals of housing. But some condo and homeowners argue that they should be allowed to rent spare bedrooms to out-of-town guests given that they actually own and live in their property? Do you agree or disagree?

Hank – Question 9 is moot. Entitlements run with the land and not the then current Owner under California law. WeHo as a City has no legal authority to condition granted entitlements to a specific property owner.

Henry (Hank) Scott, I either signed up for a news feed or did something else so that I would see your news on my Facebook page. I do not get my news (in general) from FB, but your posts would serve as a reminder that I need to see what’s going on in my neighborhood and contribute when I have something to say. I do not see WeHo Ville there except for very rare instances. Is it me or WeHo Ville?. I wish I had seen the questions, as I would have participated. Not enough of us do. That is… Read more »

Hank, thanks for the job that you do. WeHoVille has given voices to so many who ware silent. Today on this platform many can share their thoughts and ideas…and WeHoVille allows for more dialogue than a city council public oomment period. Good job sir, you add a lot to our community.

Ethically, and in full transparency, each question should be identified by its author and/or citizen. The citizen’s of West Hollywood deserve to know who is asking the question of the candidate’s.

Each question has been raised by a number of residents — not just one.

I can’t believe even one Council member is still sobbing & whining over the elimination of deputies from City Hall, can’t just admit it is a fait accompli & move on with their responsibilities. We have to accept the council’s decisions as final, why can’t they accept their own? It was an accomplishment very long in the making. They have a staff at their disposal. If they can’t handle the job, they should move on & allow someone who has the stamina to handle the workload that they ran to assume. The council’s deputies were grossly under worked & over… Read more »