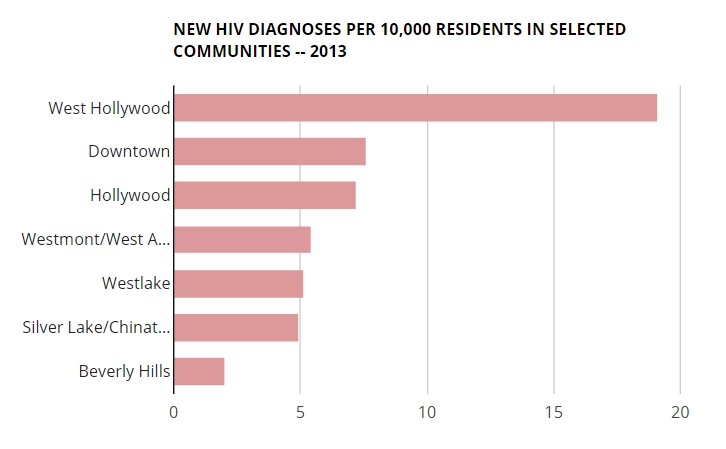 New HIV diagnoses have declined in West Hollywood, but the city still has the county’s highest rate per 10,000 residents. That is according to a new report by WeHo by the Numbers based on data from the city and county.

According to the report, more than 70 West Hollywood residents are newly diagnosed with HIV each year. The number of new diagnoses has declined in recent years. It fell over 20% between 2006 and 2014. The number dropped even more for the county as a whole.

Downtown Los Angeles was next with eight and Hollywood with seven. Silver Lake and Chinatown combined had five. Beverly Hills was farther down the list, with two new diagnoses per 10,000 residents. More comparisons and historical data can be found in the full report, What is West Hollywood’s HIV rate?