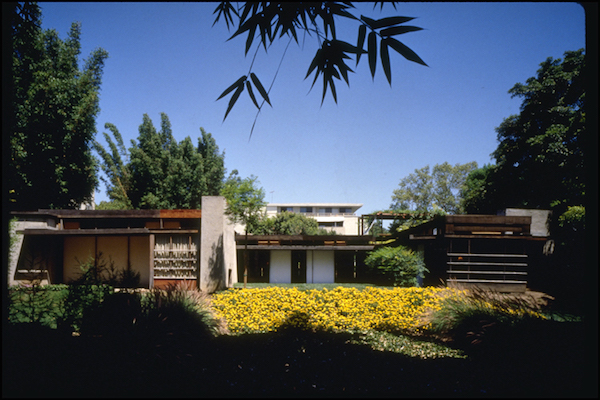 The City of West Hollywood and its Historic Preservation Commission will celebrate the City’s historic preservation efforts next week on Thursday at an event at the Schindler House/MAK Center for Art and Architecture.

The event will take place from 6 to 8 p.m. and if free and open to the public. Those planning to attend are asked to RSVP by contacting Antonio Castillo at (323) 848-6854 or at acastillo@weho.org. Parking will be available at the Kings Road Municipal Parking Structure, located at 8383 Santa Monica Blvd., at the corner of Kings Road. The Schindler House is located at 835 N. Kings Rd., between Willoughby and Waring.

“West Hollywood is unique not only for our progressive ideals and policies — we also have a strong creative culture and we value our historic resources,” said West Hollywood Mayor Lauren Meister. “From Spanish Colonial courtyard buildings to Art Deco towers to midcentury modern homes, our neighborhoods are distinctive and special. And, I can’t think of a better place than the historic Schindler House to celebrate West Hollywood’s commitment to preservation.”

The annual event marks the city’s efforts in preserving its cultural heritage. This year’s Historic Preservation Celebration will feature a presentation about the city’s recent commercial survey and an overview of a new historic preservation website, followed by a reception.

Maybe Historic Preservation can get busy fixing the severe damage done to the “Revolver” building in downtown many years ago. Cement was smeared over the front of the brick making it look like a mold disease. And the fine white stonework painted over with beige paint.

The event at Schindler House might be illuminating in several respects. Last year we had the celebration at Long Hall Great Hall which offers an opportunity in and of itself. Although similar in presence to Schindler, LHGH does not have the benefit of a Friends organization to augment its being. Often “Friends Of” organizations, partnering with municiple entities, provide exponential exposure and chances to attract vibrant support. It could be a gateway to an invaluable platform.

Actually, I can think of a better place to reflect on West Hollywood’s commitment to historic preservation: Great Hall Long Hall, the ONLY National Historic Landmark building that our city owns and which has been left to rot.