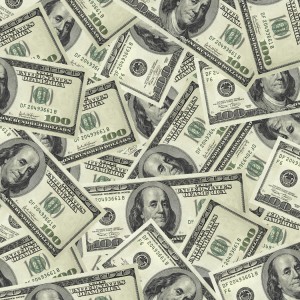 Christopher Street West (CSW), the organization that puts on the annual L.A. Pride parade and festival in West Hollywood, is known for not sharing with the public any financial information about the event. Tax forms, which are available to the public by law, have chronicled losses in many years.

A copy of a CSW financial document dated June 28, 2016 that recently was made available to WEHOville (although not by CSW)  shows the revenue and expenses that the organization budgeted for this year’s L.A. Pride compared with the actual money that CSW made and spent. That document, which CSW has not made public, shows a net loss of $395,917.60, the largest by far based on a comparison with losses revealed in tax filing over the last few years.

A copy of the document is available on the pages below. While it illustrates some of CSW’s spending practices, there remain questions the financial statement doesn’t answer:

— 3030 + 3033). Pride Ticket Revenue. How many people actually attended this year’s Pride festival? The revenue associated with online and at-the-gate ticket purchases suggests roughly 35,000 people attended (a figure that doesn’t include the likely small number of people who got free tickets or went to the Friday event for free).

— 4018) Construction OFC Buildout. CSW spent $30,731 to remodel a relatively small office in the Pacific Design Center after leaving a much (albeit not as attractive) larger office space on Santa Monica Boulevard. Did CSW’s board of directors authorize this expenditure by a non-profit organization? And given that it has no full time staff,  why would it lease such an office rather than a short-term shared-office rental?

— 4019) Expenses / Administration / Contract Labor Staff/Consult. CSW paid $30,132 to someone who apparently worked in administration of the organization. CSW repeatedly states that it has no employees, but apparently someone is being paid to do administrative work. Who is that person? And what work is he or she paid to do? The $2,294 (Line 9917) that CSW paid in payroll taxes through April 28 also suggests it has or had a paid employee.

— 6040) Government Consulting. CSW budgeted $12,000, apparently for the services of Scott Schmidt, the election compaign manager for and former City Council deputy to Mayor Lauren Meister. As of the date of the financial report, Schmidt had been paid $5,000. City law bars former council deputies from lobbying the City Council, however it provides an odd exemption for non-profit organizations such as CSW. After his work with CSW became public, Schmidt ended it and maintains that his meeting with Meister and Councilmember John D’Amico was to discuss community meetings on Pride, not to lobby them.

— 7000) Festival Operations. CSW’s financial statement shows that it spent $1,036,990 on people, equipment and services directly tied to the “music festival” concept. That amounted to 42% of its total expenditures. By contrast, the financial statement shows spending of $26,595 on the Pride parade (1% of total spending). How does the percentage of expenses associated with musical performances compare to what was spent on that in past years?  Another question is how much was actually paid to CSW’s longtime festival producer Jeff Consoletti? While the document shows $80,000 (Line 7033) paid to the “festival & parade producer,” which is Consoletti’s role, it shows additional tens of thousands paid for services apparently provided by those working for Consoletti.

The CSW 2016 financial report dated June 28 is available on the pages below:

Dear WEHOville, That’s a lot of money for advertising, especially considering that, as a long time resident who likes to stay current, I had absolutely no idea that the format of Pride changed this year to a music festival Perhaps because the event has become so stale over the past decade, I’ve become accustomed to tuning out all things Pride. But had I known about the change (as well as a free Friday night?!), I might have actually attended. Surely CSW spent some of that advertising largess here on WEHOville. So how did I miss it? As for the optics… Read more »

I may be naive but why aren’t many expenses donated? For example, advertising. IF companies aren’t supportive of “the cause” (ie LGBT issues) then what’s the point? Instead of exploiting they should be donating. As for the “music festival” concept, it seemed to be ill conceived and certainly poorly executed. It seems the CSW was struggling to maintain or stimulate interest in the parade/festival. The turmoil that has resulted causes everyone to address (once again) the purpose of the LGBT Parade and Festival. If it goes away, however, I see it as a further change in our “village” where developers… Read more »