Below is the weekly crime report from the West Hollywood Sheriff’s Station that calls out incidents in WeHo from Aug. 1 to 7. The times are indicated in Military Time, a form in which midnight is indicated as 0000 and noon as 1200. The list also includes the case number. 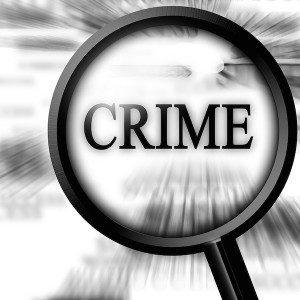 Armed Robbery. 8500 block Sunset Boulevard. @ 2055. A man entered the store with his face covered by a bandana and approached a store employee. The suspect forced the employee to place cell phones in a bag and then fled the area on foot. Loss: Unknown. #04496

Mail Theft – Suspects Arrested. 1200 block Kings Road. @ 0612. A man and woman were arrested after they were seen pulling on the front doors of several apartment complexes attempting to gain entry. Both suspects were in possession of counterfeit U.S. Mail postal keys as well as stolen mail. Identify theft equipment and methamphetamine were also recovered. #04483

Strong Arm Robbery – Suspects Arrested. 8500 block Santa Monica Boulevard. @ 0229. While walking eastbound on Santa Monica Boulevard, a man reached into the victim’s back pocket and removed his wallet. The victim fought back and a struggle ensued. The suspect, assisted by another man, took control of the wallet and fled on foot. Deputies responded and arrested both suspects. #04504

Vehicle Burglary. 7200 block Santa Monica Boulevard. @ 0630-2130. The front passenger’s side window was smashed and a backpack containing a laptop and passport were taken from the front seat. Loss $200. #04589

“Foolish” I would agree, but no less a serious felony for the perp. When a “perp” is successful, decades of statistics show he/she will find other local opportunities to commit another act. The longer theb “perp” remains uncayght … the more braising risk they feel they can take … and think the srill won’t get caught.

“THE PERP” you mentioned is now everyone in our neighborhood Problem that could become the guy that could commit a felony on any unsuspecting law abiding resident of weho.

The first incident is a real head shaker: “$1,000 in cash was taken from the floorboard of the unlocked vehicle.” Really?? That’s sheer foolishness–and the perp must’ve known where the loot was stashed. The other numerous cases of “a laptop, tablet, camera” etc., being left in plain sight are easily preventable losses. Lock valuables in the trunk, at the very least! Thieves go for the easiest smash and grab they can find.