A West Hollywood woman has sued Uber for negligence after being raped by one of its drivers. 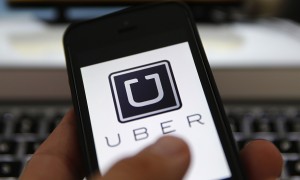 In her lawsuit, filed in L.A. County Superior Court, the woman, whose identity is not being revealed to protect her privacy, said she contacted Uber on July 21, 2014, for a ride to her boyfriend’s home. While in the car, she was offered water by the driver, Walter Alberto Ponce.

The woman, 27, said she woke up later to find herself naked in bed in her own home with a condom wrapper nearby. A DNA test by the UCLA Rape Treatment Center indicated that Ponce was the suspect. He was charged with rape of an unconscious person and assault with intent to commit rape, both felonies. However the charges were reduced and he was convicted of criminal sexual battery. Ponce served six months in jail and now is on probation.

The lawsuit said that the car service “instead of delivering Plaintiff a safe ride to her destination … introduced Plaintiff to her rapist — her Uber driver.”

Uber conducts criminal background checks on its drivers before hiring them. However Ponce did not have a criminal record before July 2014.

I have never used UBER but have observed many of my neighbors getting into one of their cars. Many of the drivers of these cars do not LOOK very desirable but instead LOOK very shady. I know Cab drivers are only subjected to a very minor investigation, overnight, before they are issued a license to operate a cab. I doubt if UBER is any stricter and since they are private contractors who knows if their UBER contract is not sub-contracted to someone else.

Horrific. How many times is something like this going to happen before Uber does something about it, and will you be next?

Uber drivers are unregulated. After thousands of uber sexual assaults one would think women would know better to avoid it.