WEHOville implemented the Comments feature to enable residents of West Hollywood and others who love this community to comment on stories, ask questions of one another and engage in informed debates. With the exception of AOL’s now all-but-defunct Patch, that is something that was missing in West Hollywood until we launched this website in September 2012.

As of this writing, there have been 20,828 comments posted on WEHOville since our launch, with the monthly average growing rapidly as our readership grows. Our commenters have raised some smart and provocative questions and offered up some innovative solutions for the problems West Hollywood faces while also calling out (although perhaps not often enough) the great things that attract us to WeHo. 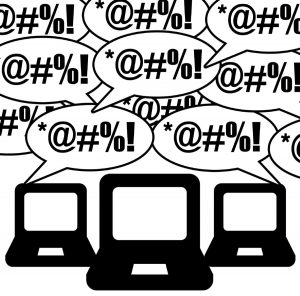 While we encourage open debate and an exchange of ideas, we enforce certain standards and read each comment before it is posted. We do not post comments that contain language that is obscene or insults people because of their race, gender or sexual orientation. We do not post allegations of criminal activity unless they are proven and are relevant to the discussion at hand. And we do not publish “ad hominem” attacks on people. That’s a fancy term for personal attacks that aren’t relevant to the topic under discussion.

We do, however, post comments critical of WEHOville.com so long as they meet the standards listed above. There have been hundreds of them.

We don’t require those who comment to make their full names public. We want to encourage as many people as possible to express their opinions, and some are shy about doing that under their own names. We do, however, monitor the IP addresses of our commenters. When we find multiple comments under different names coming from the same computer, we reach out to the commenter and invite him or her to choose one identity. We don’t want to encourage multiple personality disorder!

We invite our readers to alert us if we’ve inadvertently posted an inappropriate comment. We also are happy to answer any questions a reader poses about why his or her comment isn’t posted. You can send those questions directly to Henry@WEHOville.com.

The primary goal of WEHOville.com is to foster an informed and engaged community. Therefore, we believe it is important to offer this platform for debate and to enforce standards that ensure that the debate is focused on the issues.

Lost your list of questions re making Wehiville better (?) – but here are some suggestions: Names, not call-signs, are important for one must have the “courage of one’s convictions”. Speaking from behind a blind lends little credence to one’s comments – unless, of course, you are using an internationally known nom de plume. No problem with limiting number of words (I’m amongst the worst in prolix). Helps one argument to be able to present it concisely. There seems to be a regular cadre of reader/responders some of whom constantly joust. Perhaps they would like more column inches like “He… Read more »

On not using real names – back at WeHoNews during the Tara kerfuffle I spoke out in moderate favor of the plans under my own name. Several of the activists took to taking nasty swipes at me, including some of the leading names in the controversy (comments WeHoVille would never have allowed). Shortly after, I got some late night phone calls with no one talking, and had some minor vandalism at my house. On any side of an issue, there can be over the top people who go beyond normal behavior. Trust me, requiring people to use real names would… Read more »

You really serve a great purpose of informing the residents of what goes on in this little town. If it weren’t for Wehoville I would be unaware of most of what occurs in our city.. thanks, Hank.

Thanks, Hank–for the service you provide with WeHoVille, and for this reminder: It’s something we all need to keep in mind and occasionally fall short in (including me.)
-Rick

No Facebook plug in…..some people are not on FB.

I have been a resident of West Hollywood and love living here. It is a progressive city and the residents are for the most part very nice. My only concern is the homeless situation. It has tripled since I became a resident and there are times when I am concerned when I walk to Trader Joes, Pavilions market or when I run. There are the ones who scream at you, give menacing looks, which is very uncomfortable for me. I am glad I have a husband who is with me most of the time. That all said, I thank you… Read more »

Thanks for all you do, Hank.

I also would encourage a requirement of real names. The Facebook comments plugin might be ideal. It is used on lots of sites.

In my 30 years, Wehoville has been and I hope for long time, the best West Hollywood news source. I thank you for unwavering articles on the news and the facts that support them. Hank, you really should be the moderator at many events; especially debates. You are quick and informed. Your focus and ability to recall, as it relates to a topic, are unquestionably the type of unbiased moderator West Hollywood needs during campaign season. I thank you for the years that have past, the personal guidance you give to all, and for many years of your brand of… Read more »

when someone comments, use their names. no one should be able to verbally abuse wehoville or any person without taking responsibility.

What you have accomplished in four short years is nothing short of remarkable. And tireless. It would be nice if there was a community ‘wall’. A page a spot odd, short questions and comments could be posted. Hopefully some of those questions answered. for example it’s not a columns’ worth but the question, why hasn’t the city installed security cameras on the pedestrian crosswalks? The ‘threat’ of a camera catching you ignoring a walker is a lot more of a deterrent than those targets the city has installed in the middle of the street. (And costing $400 a pop to… Read more »