Thomas Michel is getting reimbursed for his failed effort to turn Rage into one of West Hollywood’s few gay-owned bars. 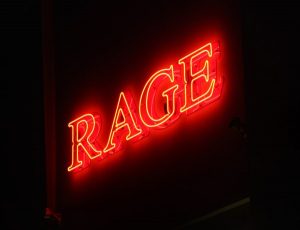 Michel bought the iconic bar, which is at 8911 Santa Monica Blvd. near San Vicente, in 2014. It was opened in 1983 by Robert B. Maghame and Saeed Sattari, two heterosexual men who saw a business opportunity in a nightspot that would cater to gay men. Michel worked for them as a promoter for 11 years before buying Rage himself. The building it occupies is owned by Monte Overstreet, who owns a large amount of real estate in the area.

Michel said he wanted to promote Rage as both gay-owned and -operated. “I have a problem with a straight establishment trying to make money off of gay people,” he said in an interview with WEHOville last year.

However the deal fell apart early last year. That’s when Overstreet discovered that Maghame and Sattari had sold the bar to Michel. Unbeknownst to Michel, a condition of their lease of the Rage location requires the owner of the building to approve any new owner of the business. Overstreet hadn’t been informed that the bar was sold to Michel

Michel who put $400,000 of his own money into the purchase as a down payment, also invested $26,700 from his mother. The total cost of the acquisition was $3.7 million to be paid over time. After he was pushed out of Rage, Michel sued Maghame, Maghame’s wife Linda, and Sattari.

A recent state Superior Court decision awarded Michel $364,000, which equals his down payment minus property and sales tax owed by Rage during Michel’s ownership.

do they allow condoms to be placed in there yet? it was/is one of the few bars that wouldn’t allow condom placement. that always struck me as odd. i wonder if this policy has changed.

Guest
Someone who knows

What dose anyone care about if the owners of Rage are straight? This is funny and way off the topic of the articular. However lets not forget that the big gay champion David Cooley sold the Abbey for 15 Million dollars then buys it back and everyone calls him a gay champion, which I call him a sellout! As far as Rage and the sale, it was a very bad deal, which the owners clearly set the table for themselves, which they have a long history of doing, and not because they are straight, it’s because they are business men,… Read more »

What many in the gay community don’t know is that the largest and most successful gay bars/clubs in the United States are in fact owned by straights and managed by gays. The most fun (make up your own definition here) male-only gay bars are the ones owned by straight cops, several from the same department. We always had advanced notice when vice was going to pay a visit so that we were on our best behaviors. It went like that for decades until they retired, sold their interest in the bar and moved away. The good ole days are gone… Read more »

Thank you, Love No Hate. I have never understood why anyone is concerned with the sexual orientation of business owners. The fact is, they are businessmen that thought they saw good potential in providing us with a fun place to go, where we are welcome. No problem with that. The “reverse discrimination” has never made sense to me.

The owners are amazing people, yes the are straight men with the biggest hearts. i know them for years, both men are proud people, how dare we judge them because the born straight, first and most shame on us, we want the world to respect us, LGBT, wake up. time to respect the rest of the world. my mom and dad are straight, they are my heroes. stop labeling people. stop this B.S. OR we are one people one pride, or we should be stop saying we care about the world. it’s time to give back to all people, all… Read more »

so who owns rage now? is it straight owned/operated?