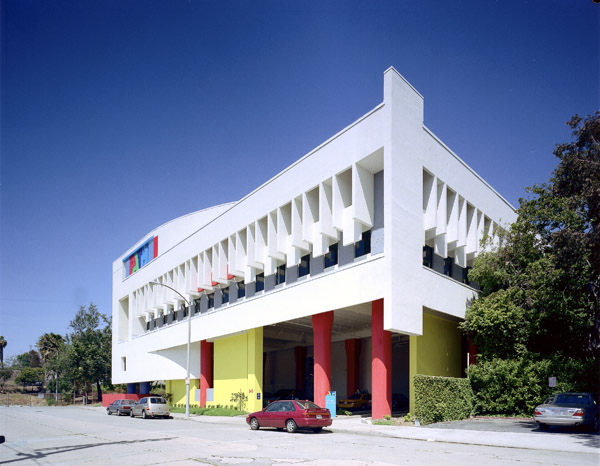 People Assisting the Homeless (PATH) has announced that it will not seek another contract with the City of West Hollywood, leaving the city to search for another provider for homeless shelter services.

PATH’s current contract with West Hollywood expires in September. The city pays PATH approximately $400,000 to provide an array of services that include beds for temporary stays, outreach efforts to find and help homeless people on the city’s streets and assistance in finding permanent housing for homeless people. Under the terms of the contract, PATH has agreed to provide 273 beds over the course of a month to homeless people in West Hollywood.

PATH’s decision comes at a difficult time with the city being criticized by some for not paying enough attention to the needs of homeless people. Nir Zilberman, a clothing retailer and activist, regularly shows up at city meetings to demand more care for homeless people. Despite the criticism, the city does provide substantial services, which are named on its website.

The focus on the homeless also has been increased because of forecasts of heavy rain from El Nino and complaints from residents of the city’s Eastside about minor crimes and other issues with homeless people. L.A. County’s annual homeless count, conducted in January, found the number of homeless people in West Hollywood had doubled over the year before, going from 43 to 87. That follows a trend throughout Los Angeles County, where the homeless population is estimated as 45,000 or more.

Both Giugni and Elizabeth Savage, director of the city’s Human Services and Rent Stabilization Department, said changes in the way the city addresses homelessness are inevitable because of national and regional shifts in funding for the issue. Increasingly, Savage said, the focus is on finding permanent housing for homeless people rather than providing temporary shelter such as that provided by PATH. That is the result of studies that show people moved quickly into permanent housing with government assistance are more likely to be self-sufficient and end their homelessness than people offered temporary shelter.

West Hollywood has worked with PATH since 1999, when PATH took over Foundation House, a shelter operated by the West Hollywood Homeless Organization on La Brea Avenue near Santa Monica Boulevard. PATH opened a regional homeless center in Hollywood in 2001.

Another challenge to the city’s efforts to help low-income and homeless people is the decision by Jewish Family Services to close its SOVA location on La Brea just north of Santa Monica on July 1. A SOVA spokesperson said the five-year lease had ended and the landlord wanted a rent of $200,000 a month, which he said was too high. SOVA will maintain its Pico-Robertson and Van Nuys locations. “City staff is in conversations with JFS and is finalizing plans for alternative food delivery with the goal of maintaining service ,” Giugni said.

Aid for AIDS, which provides financial assistance for rent and pharmaceuticals to low-income residents living with HIV, also is looking for another location in West Hollywood or nearby. The city currently provides that organization with $98,486 in funding. “A move to a larger location may result in a positive impact on service delivery to West Hollywood participants. It would allow for the availability of additional services such as housing case management a more comprehensive service than what is currently available,” Giugni said.

@Jeffrey Ward: It is my understanding the GWHFC distributes meals nightly at Romaine & Sycamore and that one day a week a UCLA Health truck is on-site to offer some health services. Please help me understand how GWHFC fits into the Housing First Model and please elaborate on how GWHFC has the greatest success rate — greatest success rate of what? I’m not sure what it is they are “reaching out directly to the homeless right at their point of delivery” with….what assessments are they conducting or what services are they providing that brings individuals into the coordinated entry system… Read more »

@Jeffrey Ward: How is that coming along— I know that GWHFC had a big fundraiser over the holidays, but when last I checked, they reached 22% of the desired amount–and the property they were looking at is most llikely sold by now. Do you know whet their current situation is? The word out there is that due to the concentration of new construction/gentrification in the immediate vicinity they will be ‘forced’ out.

Under the terms of the contract, PATH has agreed to provide 273 beds over the course of a month to homeless people in West Hollywood…..this statement is misleading. it is 273 bednights. which avg to about 10 a night at any given time.

Maybe it is time for the city to buy/rent the facility and have its own permanent homeless team to manage it?

The Greater West Hollywood Food Coalition is looking for a permanent home and an opportunity to provide more services. Housing First is the best way to go, you put people in homes and then deliver the services they need right to them, it is being used by the VA right now and several states have had tremendous success with it, Both Utah and Virginia have declared the homeless vet problem OVER, having moved all of their Homeless Vets off the streets! What we do not need is the same old viscous cycle of the way things have been done over… Read more »

I want to be clear, I’m ONLY HUMAN. NOT AN ACTIVIST. Every time i see in the media my name as activist, i keep asking myself, Since when LOVING and GIVING people in needs, disable, Seniors, homeless, make people “activists”? This is the ONLY RIGHT thing that we ALL, as HUMANS should DO. WE IN THE CITY OF WEST HOLLYWOOD THAT KEEP “CLAIMING” TO BE ONE CITY. ONE PRIDE. what missing in our city is very clear, NO COMMUNICATION. The problems, most of our residents, our people in needs don’t know about our city services. not even all our advisory… Read more »

We need to find a place in WeHo for Sova now! Perhaps a place can be made for them in Plummer Park. We can’t let them leave the City. This is out of control. $200,000 a month rent for that space is ridiculous. Landlords are just being greedy. To charge a social service program that kind of rent is unconscionable.

It would seem to me that finding a home in West Hollywood for SOVA food bank is an issue we can all get behind. We should really consider including a space for SOVA on the ground floor of the parking structure that the City wants to build on the south-west corner of Santa Monica and Crescent Heights. Our Social Services providers, (along with our residents), are being priced out of West Hollywood.

Back the question that I’ve been advocating.. will we use one of our public facilities that are not in use for a cold weather warming shelter in 2017. Council balked, wheels could have been in motion.