West Hollywood residents walking in their neighborhoods at night should be more vigilant as to what is going on around them, Sergio Aloma, the acting captain at the West Hollywood Sheriff’s Station, said tonight. 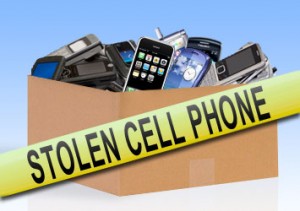 Aloma appeared before the City Council tonight to address a rash of six robberies in residential areas since Nov. 9, four of which involved robbers carrying guns. Aloma said four of the robberies occurred east of Stanley Avenue, a north/south street that lies east of Fairfax Avenue. Two others occurred in the Mid-City area. In four of the incidents robbers stole cell phones. In one incident the robbers stole a purse. In the other incident nothing was taken. Several of the incidents have involved a group of three African-American men.

Aloma said the Sheriff’s Station is increasing its focus on the city’s Eastside, directing deputies to cruise neighborhood streets at night as well as major arteries such as Santa Monica Boulevard and Fountain Avenue. While acknowledging the recent increase in robberies, Aloma pointed out that so far this year robberies in all of West Hollywood are down 7.2% over the same period last year. Since 2010, he said, the number of robberies had declined 35%. Aloma said that, by contrast, robberies have increased in some neighboring communities. For example, he said, the number of robberies to date in the Wilshire area is up 2.3% over last year.

Aloma also urged residents to call the Sheriff’s Station, whose main number is (310) 855-8850, or to call 911 if they see anything suspicious in their neighborhood.

Councilmember Lauren Meister recommended that the city alert Neighborhood Watch organizations about such robberies so that they can alert their members. Councilmember John Heilman reminded residents not to leave valuables in their cars.

Eternal vigilance is the price of safety. Don’t be listening to music, texting , talking on the phone. Be aware of your surroundings and be prepared to run. They taught us this is grade school, but back then we didn’t have all kinds of electronic devices to preoccupy us. Obviously robbers or attackers will always go for the easiest prey and in this case it seems to be those talking on the phone. If you can’t hear them coming they are going to get you. Most important, if they have a gun or knife give them what they want.

I live on the east end and I know that there are so many people going through the city, within minutes they are in LA and escape capture. I lie on Sierra Bonita and si many random people walk through alleys in the hidden areas that are dark without street lights and I wake in the Middle of the street in traffic because as victim of an attempted robbery of three teens visiting family out-of-state, you are just a victim and witness to your own crime! It is very uneasy that I have to take a bus instead of walk.… Read more »

I called in a suspicious package sitting on the planter next to the bus stop in front of the Dylan. Was there for about 30 minutes after that. No police showed up during that time.

You might want to start at the Target and the new building across the street from there, there are people passing stuff to one another secretly all the time, alot of times things are being passed by a bicyclist who hovers around that area, it looks like drug deals. you might want to remove the bench in back of the bus stop at Target to stop encouraging riff raff from hanging out there. And you might want to alert any group that helps the unfortunate crazy folk that hover around Labrea screaming and causing harm to property, whoever they may… Read more »