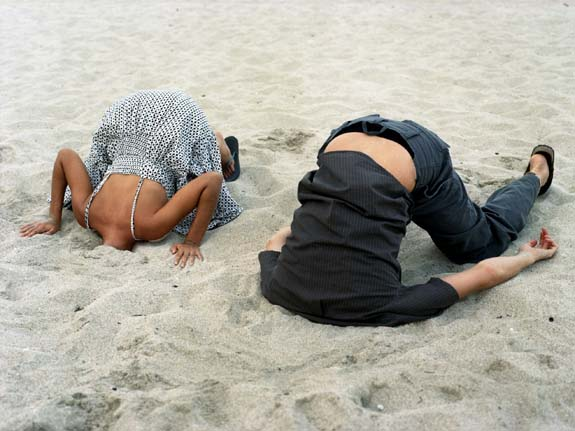 No one would be surprised to find residents of a progressive city like West Hollywood sneering at the ignorance of climate-change denialists and anti-evolutionists, those relatively uneducated right-wingers for whom passion always trumps fact.

But what the opposition really was about was the irrational fear that radio emissions from the cell phone antennas would pose a danger to students at the adjacent Larchmont Charter School and to nearby residents. Think of it as a digital version of the vaccine denial movement.

That was made clear in many of the dozens of letters and email messages sent to city staffers and the Planning Commission. And it was made clear in the absence of any legitimate other argument against the antennas. There is no real scientific evidence to support that health fear. In fact, the World Health Organization (WHO) notes that radio signals that comply with government standards, as Verizon’s do, pose no danger.

“Based on a recent in-depth review of the scientific literature, the WHO concluded that current evidence does not confirm the existence of any health consequences from exposure to low level electromagnetic fields,” says a WHO report. “In the area of biological effects and medical applications of non-ionizing radiation approximately 25,000 articles have been published over the past 30 years. Despite the feeling of some people that more research needs to be done, scientific knowledge in this area is now more extensive than for most chemicals. ”

Verizon had to bring its plan for the antennas before the Planning Commission because it needed an exception to city rules that require such towers to be on rooftops and not in towers and to be at least 80 feet above the ground (the proposed antennas would be 62.5 feet above the ground). A federal law designed to encourage the availability of wireless services makes it impossible for the city to deny Verizon’s request if the wireless carrier can prove that it has no other options.

After hearing impassioned pleas from parents of the Larchmont school and the chairman of its board, the Planning Commission used that loophole to deny Verizon’s request, with Commission members arguing that Verizon didn’t present convincing evidence. But to some of those in the audience, the evidence was very clear in the maps of coverage areas that Verizon displayed. What also was clear was that Commission Chairman John Altschul’s vocal opposition to the Verizon request was not about its substance but about the fact that parents and residents in the audience opposed it. Altschul asked Verizon representatives if they weren’t worried that they would lose customers if they installed the antennas (not a legitimate concern of the Planning Commission). He asked a representative of St. Ambrose Church, from whom Larchmont Charter School leases its building, if it wasn’t worried that it would lose the school as a tenant (also not the Planning Commission’s business). And Altschul praised the opponents for the quality of their letters and petitions, not noting that they were all based on fear of something that simply doesn’t exist.

So residents in the area centered by the intersection of Fountain and Fairfax avenues won’t see an improvement in their cellular service. St. Ambrose Church, whose representative said it really needs the rent Verizon would have paid, will have to continue to scrimp along. And the students at Larchmont Charter School will have to deal with the fact that they attend a school that now has a reputation for denying science and fact.

The Planning commission made a decision based on what was presented to them. I was present at the hearing and I don’t recall anyone other than the church representative being in favor of this tower. The commission did not deny Verizon’s request based on potential effects of radio frequency emissions. Commission denied the request because Verizon went in expecting a bunch of angry neighbors and parents screaming about the potentials of RF exposure and instead they got a well organized opposition that contended the following: Verizon had not sufficiently demonstrated an actual current need for extended coverage in the area… Read more »

If you are afraid of radiation from cell tower waves, move to the country, or some rural area of the U.S. without coverage. This is the second largest city in the U.S.. Whether you are under one of these towers, or not, you are constantly living with these waves around you, at all times.

By all means, Lynn, please feel free to correct whatever misstatements I have ever made. And, no, I don’t think everyone knows the correct spelling or how to spell any more. But I digress…back to the topic. Next !

People – The correct spelling is ERRING.

Could you please take a break lest folks dein to correct your numerous misstatements and pop op appearances on multiple subjects. We all know it was erring and let it pass. Are you our human spell check?

“Ground Zero” is not even remotely close or exactly representative of technology improvement and expansion and no grand scheme to cover-up but to improve technology. This fear based comparison is pure speculation and unfounded and irrational. There is a clear disconnect to cell-towers and “Agent Orange.” This is ridiculous and irresponsible. Airing on the side of caution, NO, but misinformation, uninformed and scientifically unsound on a cellular transmission that is only sound and safe. You must have an open mind to move beyond ignorance and resistance to fact-finding. I sincerely hope informed minds resolve this matter at Council as this… Read more »

Exactly Alibaba. Having many family members, and friends, who worked at Ground Zero in NYC, who ALL now have many health problems – for those who are still alive – were told over and over again they had nothing to worry about. Or my uncle, and many other Vietnam Vets, who have agent orange issues decades after the war. Or the other countless situations like it. For those of you who believe in the finding of an investigation, let me guess done by the very companies who want to put the tower up, then why don’t you offer your own… Read more »

I hope this article is archived along with the comments to be revisited in a decade or so when enough data is gathered. At the moment there is not enough evidence to ban or deny permits based on health concerns because these towers are looked at individually. But just like sunshine exposure and it’s adverse effects caused by a lifetime of exposure the research will one day point to a human’s lifetime capacity to absorb all these waves.

i wouldn’t be surprised if the people who complained about supposed dangers from the placement of these cell towers telephoned their friends on the way home from the meeting to recount their 2-minute speeches to the Commission – and then complained about the terrible cell service in the neighborhood.

While it sounds like there’s no evidence that the cell tower would be dangerous, having poor service could actually be dangerous by making it more difficult to communicate/ communicate clearly to 911 or loved ones in the event of an emergency (including a natural disaster).

The Planning Commission had two area’s to discuss; seismic stability and aesthetics’ after the cell-towers were installed. During the applicant’s presentation, the Chair continuously interrupted and feed into the crowds fear, anger and uninformed effects and safety of this installation at the location designated. A unanimous vote was arrived erroneously, in my opinion, to deny staffs recommendation behind smoke and mirror of aesthetics. The American Cancer Society position on cell-towers’ is: “Public exposure to radio waves from cell phone tower antennas is slight for several reasons. The power levels are relatively low, the antennas are mounted high above ground level,… Read more »