There probably is no greater (or more contentious) issue in West Hollywood now than the cost of housing. It has always been thus. A major impetus for the founding of West Hollywood in 1984 as an its own independent city was the worry by local residents that the L.A. County Board of Supervisors was chipping away at measures that provided renters some protection from exorbitant rent increases. 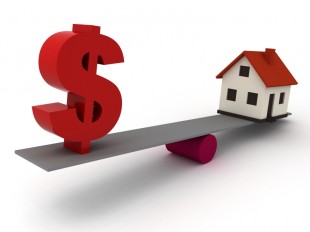 Today one argument is over whether the surge in construction of pricey new apartment and condo buildings since the end of the Great Recession is making West Hollywood less affordable. Another is whether the city should encourage developers to continue to add affordable units to their projects, as required by city law, or encourage them to donate instead to the city’s housing trust fund. And there is discussion about what can be done to keep aging residents in homes built long ago that are slowly deteriorating. It should come as no surprise that housing is one of the eight subjects of the City of West Hollywood’s “Aging in Place / Aging in Community” strategic plan that is being reviewed by city boards and commissions and other groups for feedback.

Development of the five-year plan is being overseen by Elizabeth Savage, director of the city’s Department of Human Services and Rent Stabilization. Its goal is to find ways for West Hollywood residents remain in their own homes as they age rather than move to a senior center or assisted living facility. Currently 15% of the city’s residents are 65 or older and 51% of those over the age of 65 report having a disability.

Others are open space and buildings (outlined in a previous article in WEHOville), transportation (discussed in this WEHOville article), respect and inclusion, communications and information, civic participation and employment, health and community and community services and social participation. This article is the third in a series that describes each of the eight elements of the proposed aging in place strategy.

“Many older adults on fixed incomes often face the harsh realities of the high cost of life essentials including food and medical care,” says a draft of the strategic plan. “Therefore, affordable housing is key to preventing senior poverty and homelessness.”

As the plan notes, the city already provides a variety of services and options. It mandates that 10 percent of housing units in a project of more than four units be priced for low- and moderate-income people. It helps fund developments by the West Hollywood Community Housing Corp., whose low-income housing projects have included the Courtyards on La Brea among others. The city long ago enacted a rent stabilization law that restricts the amount by which a landlord can raise the rent each year.

The aging in place strategic plan breaks the housing ideas into three subjects.

SAFE AND EFFECTIVE USE OF EXISTING HOUSING STOCK