As they say, time flies when you’re having fun. And what could be more fun than chronicling life and events in West Hollywood? WEHOville.com is three years old this month (and it seems to us like it just launched yesterday). 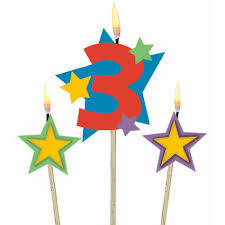 There’s evidence that you, our audience, have embraced WEHOville. Alexa, an Internet metrics service, ranks WEHOville.com way above any other website that covers greater West Hollywood or any of its special local communities (such as the Los Angeles gay community). And this month the total number of comments on WEHOville.com by readers since our inception surpassed 16,000. Our readership ranges from 45,000 to 110,000 people a month, with those figures dependent on how interesting the news is and whether or not we’re in the middle of a holiday where no one want to read the news,

A major purpose of WEHOville.com is reporting the news honestly and objectively. But equally important to us is providing a forum where residents can raise issues and debate them.

We do that with opinion pieces, which are posted on our Home page and on our Let’s Discuss page and by allowing by allowing comments on all of the stories and opinion pieces we publish. We actively seek out people of all political persuasions and on all sides of an issue to post their opinions. And we’re thrilled to see active and informed debates taking place in the Comments sections that follow our stories.

Many of our readers have raised questions about various opinion pieces and comments and asked whether we have rules that govern what we publish. Here are some of the questions and our answers:

Q. Why do so you publish so many opinion pieces and comments on your site?

A. A community must have a forum for public discussion of local issues if it is to grow and flourish and meet the needs of its residents. That was a role fulfilled in the past only by West Hollywood Patch. But the decision of its owner, AOL, to radically cut staff, merge West Hollywood Patch with other Patches and eliminate spending on reporting, has left an enormous void. And anyone who attends a West Hollywood City Council meeting is aware that the discussion there takes place across the raised dais on which the council members sit. So we feel an obligation to be the virtual public square where all sides of an issue can be discussed and all opinions aired.

Q. Some of your opinion pieces come only from people on one side of local isue. Why not publish the opinions of people on the other side?

A. We have invited people from across the political spectrum and on all sides of various issues to contribute opinion columns (for example, we’ve sought contributions from every member of the West Hollywood City Council).

The unwillingness someone to engage in public discussions with his or her fellow citizens on WEHOville is not, in our opinion, a reason to refuse to publish the opinions of those who do want to join important public debates. That said, we reach out to all sides and invite them to contribute.

A. We read and approve each comment before it is posted. And we do have guidelines. A comment must be relevant. So we won’t publish a comment saying that someone running for City Council has a friend who has been in jail if the subject under discussion is the actual City Council race, where the history of one’s friends doesn’t matter. The comment must not include obscene words. It must not allege illegal activity that has not been proven and made public. So we won’t publish a comment saying someone is an embezzler unless he or she has been convicted of that. Finally, we don’t publish ad hominem attacks. In other words, readers should comment on the issue under discussion not offer up insults or criticism of people that aren’t relevant to the issue.

Q. I have tried to post a comment on a story, but it doesn’t show up. Why is that?

A. We are constantly reviewing and approving comments for posting. However, if you post a comment at an odd hour (say, 1 a.m.) it’s not likely that we’ll get a chance to review it until the morning. If your comment very obviously violates our rules, as listed above, we won’t publish it. In most cases, however, we’ll email you with advice on how to change your comment to meet the rules. If you post a comment and it doesn’t appear, email me directly at Henry@WEHOville.com to alert me, and we will investigate.

Q. Why don’t you require commenters to use their real names?

A. We don’t require that people use their real names to make it easier for readers to express themselves in a small community where some say they fear intimidation if they criticize others. At the same time, we don’t allow commenters to assume various identities. So someone who comments as City Lover can’t also add a comment as Dog Fan that leaves a reader with the impression that there are multiple people expressing a particular point of view on the same story or issue. Our tech staff identifies those multiple postings by the same person and we remove them.

Q. If I want to write an opinion piece for WEHOville, what do I do?

A. First, make sure the piece you want to write is relevant to West Hollywood or to issues important to the community. A piece on the importance of peace in the Middle East is not for us. If you’re not sure that what you want to write is WeHo-oriented, email me at Henry@WEHOville.com describing it in a sentence or two, and I’ll let you know if it’s relevant. Also, don’t worry about not being a writer. We’re happy to help you put your ideas into words. We edit pieces submitted to us, and never publish them without the final approval of the writer.

Congrats on all the great work, Wehoville! It is quite an accomplishment to pull off such a relevant, entertaining and successful online publication these days. Thank you!

Congrats and thanks for all you do for our city .. And don’t be so modest, in just 36 short months WehoVille has won the Disability Service award for helping to get out our message on issues central to those living with a disability in West Hollywood and also the Chamber of Comeerce communication award was recently announced. But more then any single award our entire community owes you a debt of gratitude for keeping us honest, exposing fault lines in city government and educating us all on many issues. Thanks and keep up the good work!

The city is a better place because of WeHoVille, and more importantly it has helped create a community more than any other medium or organization. Many more anniversaries hopefully!

A must read every morning and evening.

Congratulations! You provide an invaluable service.

Congratulations on your 3rd Anniversary Hank. Without WeHoVille, I would have no idea what is really going on in this great City of ours.

Keep up the good work. While I don’t always agree with everything that you print (and that’s probably a good sign that you’re generally doing things the right way), your publication definitely fills a needed void in our community. Happy Anniversary.

Congratulations on your 3rd anniversary, Hank. It’s great to have this local forum for issues that matter in West Hollywood. WeHoVille.com has quickly become the go-to resource for news and opinion in West Hollywood. It helps the citizens hold City Hall, developers and law enforcement accountable. The comments on the stories are invaluable to the discussion, even if it takes time to moderate them all. Keep it coming!

Congrats, Hank! Wehoville has become indispensable to me.