The West Hollywood City Council last night tabled what turned out to be a controversial proposal to limit chain stores in the city. 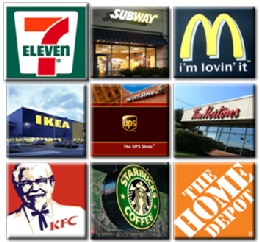 The proposal was brought forward by Council members Lauren Meister and John Duran. In a memo to the Council, they said chain stores “can create unwanted uniformity in retail options. Formula retailers often have standardized architecture, color schemes, decor and signage that can take away from the distinctive character of a neighborhood.” The proposal also said that locally owned stores spend more money locally than do chain stores.

The proposal drew objections from the West Hollywood Chamber of Commerce and local residents and business owners. ” I don’t see the need for it,” local resident Esther Baum told the Council. “That would mean that we couldn’t have a drug store that is part of a chain that everyone wants to go to. I think that’s limiting the residents’ choices.”

Duran thanked Meister for removing the proposal from the Council’s agenda. “It prevented me from having to vote ‘no’ on my own item,” he said. “We heard from a lot of voices across the community, and it caused me to rethink this issue.” Duran cited Equinox gym and Coffee Bean & Tea Leaf as among the chain establishes that he frequents. “One of the things that forumla retail does is it provides affordable products and services for low- and moderate-income people,” Duran said.

would be great if spaces smaller than a certain size were given extra ‘points’ in the development process if they’re locally-owned, smaller-capitalized, and other criteria that could be established to support our neighbors to open and operate businesses in the area. we’d still have whole foods, starbucks, 5-guys, cvs, target, equinox, etc., but we’d also have a healthy business environment supporting the likes of luis’ shoe repair, marco’s trattoria, galanga thai, yogurt stop, bikes and hikes, and even locally-owned franchises of major chains (a good example might be subway). there are ways to develop ‘local flavor’ without inadvertently excluding whole… Read more »

I am sick to death of our city council turning West Hollywood into a “Mini Manhattan”, over crowded, over priced, dirty and dangerous. Our city council has so lost touch with the working class of West Hollywood that I’m not sure they believe there is such a thing. The prices of the bars, restaurants and gawd knows housing are only for the rich. I’m beginning to think an investigation should be launched into the financial affairs of our city council to see ju$t how many favors they owe to the big developers.

There are already lots of chain retailers in WeHo — two Trader Joe’s, Whole Foods, CVS, Starbucks, Target, Best Buy, Ulta, just to name a few. I wish your article had provided more information about what their proposal was about. Is it the reason that the development at the new Walgreen’s site has been delayed? Enquiring minds want to know!

I voted for Meister once…it was not in the last election so I’m glad I’m not responsible for her time on the council. =) Happy to see they pulled this proposal.

Lauren Meister seems to be against every store, developer, project, affordable housing, short and long term rentals, but she is for her granny flat and big box ban for only her neighborhood. I’m glad this dumb idea was dropped and hope she thinks about the little guy before making these elitist proposals.

I guess Meister and Duran woke up to what their proposal actually meant. Heck, I think an IKEA in the vacant ‘Red Building’ at the PDC would be kinda cool. Their bright Yellow logo would complete the color spectrum and I think that PDC has the only building with enough space for an IKEA.