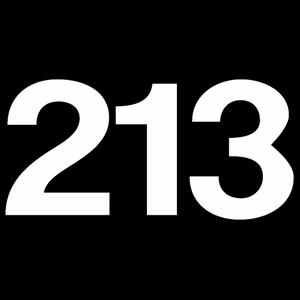 The California Public Utilities Commission will hold community meetings next week on a proposal to begin using the 213 area code in areas such as West Hollywood currently served by the 323 area code, which is running out of phone numbers.

According to the commission, the 323 area code is on pace to run out of numbers by March 2018. The CPUC hopes to begin using the 213 area code in the area by November 2017.

The CPUC will hold public meetings on the proposal at:

Public comments also can be submitted by mail or online or by email to public.advisor@cpuc.ca.gov.

Do area codes really matter as much now as they used to. With everyone having cell service, there are tons of new area codes and may have nothing to do with where you live (since once you get your number you can port it to any new service anywhere …. I think … I just know that I grew up in la. LA 213 “the valley” 818 and OC 714 Oh the no so good old days with one rotary line per home. I prefer the ability to have mobile phone service for virtually everyone (despite my own self hating… Read more »

I believe they started utilizing more numbers within area codes in the early 2000s therefore freeing up more #’s within the already small 213 area code. Which explains why 213 was full in the early 80s and now has space

Geographic boundaries for area codes made sense when telephones “lived” in one place, forever, like a tree. But phones have gone mobile — tethered to a person instead of a place. So why not simply make the entire pool of numbers in a city or region available to everyone, regardless of “area”? In other words, just extend the overlay.

Yeah…sounds to me like the projected 213 estimates were way off and now they have a plethra of available numbers. Seems the majority of people when signing up for numbers in the LA area choose 310 or 323. Most see 213 as only downtown and a stigma attached to it.

Haha SaveWeho, I don’t of any stigma attached to 213, I just think of it as older numbers, due to having had it in the early 80’s and then having it change to 323 in Weho.

I’m old enough to remember pre 213 days and instead of prefix’s like 661- it was Normandie 1- or Madison, Webster,Richmond and of course Hollywood.

I suspect that because of the ridiculous georgraphic boundaries that were drawn for 213, clearly it never used up the amount of possibilities. It was limited to downtown LA proper. I would imagine with the advent of cell phones being used more commonly, and 213 not being an option, this actually makes sense to me. The irony however is not lost on me either. When I was a kid in LA in the 60’s and 70’s everything was only 213…

When I moved to WeHo in 1978, as I recall, almost all communities were 213. Therefore, I find it very amusing and confusing that the PUC is now contemplating using an overlay (I’d assume) for 323. AND I thought 323 and 310 were created because 213 was running out of numbers.

Trust me – this is an incredibly sensitive issue to some people. The 310 prefix comes with a cache that is desired. Expect some heated reaction.

I thought the 213 area code was running out of numbers years ago so the 323 was created.

Chris Sanger, what does this have to do with the 310 area code, they are not going to change their area code. In fact, they already created a new area code for 310, because it was over crowded, 424.