The City of West Hollywood is gathering nominations for its 17th annual Disability Service awards. The awards presentation and reception will take place in October as part of the City’s recognition of Disabilities Awareness Month. 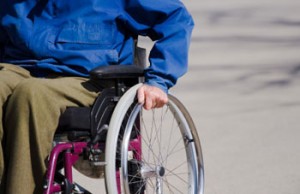 Since 1999, the City has presented Disability Service awards to individuals, businesses, media and nonprofit organizations that deserve special recognition for work with people living with disabilities, including accessibility issues, attention to Americans with Disabilities Act (ADA) requirements, and/or advocacy.

Nominations for this year’s Disability Service awards will be accepted until Aug. 14 at 5 p.m. Self-nominations are welcome. Honorees will be selected by the city’s Disabilities Advisory Board at its meeting on Aug. 26.

Nomination forms are available in PDF format on the city’s website at www.weho.org/disabilityserviceawards. Forms may be submitted by email to kpatterson@weho.org or by fax to (323) 848-6565. Hard-copy forms may be mailed to: