West Hollywood this weekend will launch its annual One City One Pride LGBTQ arts festival, a 40-day series of arts and cultural events.

On Friday the city will screen a “work-in-progress” documentary titled “Nelly Queen: The Life and Times of José Julio Sarria,” which celebrates the life of Sarria, who in 1961 became the first openly gay person to run for political office when he campaigned for a seat on the San Francisco Board of Supervisors. 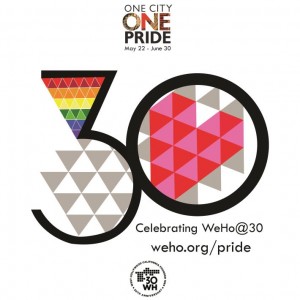 Sarria was a friend and supporter of Harvey Milk, who West Hollywood also is recognizing on Friday. Harvey Milk Day is an official city holiday during which the city will not enforce parking regulations for meters and associated meter time limits. Many people credit Sarria with helping pave the way for Milk’s successful run for San Francisco Board of Supervisors. With his victory, Milk became the first openly gay elected official in the United States Sarria also was a popular drag performer and founded the Imperial Court, a network of organizations that stage annual drag Coronation Balls to raise money for charity.

The documentary screening will take place at 7:30 p.m. at the City Council Chambers, 625 N. San Vicente Blvd., south of Santa Monica. It will include a reception sponsored by Tender Greens West Hollywood and a question and answer session with the filmmakers. Validated parking is available in the five-story parking structure on El Tovar Place. Admission is free.

Following is a list of other events this week and next. On next Wednesday WEHOville will list events for the next ten days.

Saturday, 4 p.m. Screening of “Mosquita y Mari.” Presented by the June Mazer Lesbian Archives and Wolfe Video, this coming of age story focuses on a tender friendship between two young Chicanas growing up in Huntington Park. Admission is free and donations are welcomed. Join the Facebook invite at http://bit.ly/wehopride2015. The screening will take place at the City Council Chambers, 625 N. San Vicente Blvd. Free validated parking will be provided for the five-story parking structure on El Tovar Place. 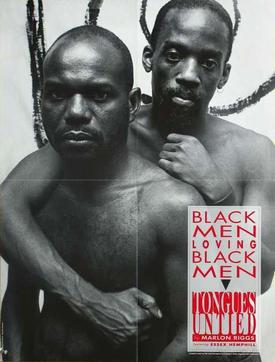 Wednesday, June 3, 7:30 p.m. Outfest WeHo screening of “Larry Kramer In Love & Anger.” Larry Kramer was a fiery activist from the onset of the AIDS epidemic, co-founding GMHC www.gmhc.org/ (Gay Men’s Health Crisis) and ACT-UP (AIDS Coalition to Unlease Power). Filmmaker Jean Carlomusto weaves together amateur activist and media footage, offering a look at the frontline battle against AIDS and of the still-controversial figure Kramer. Admission is free. Those attending must RSVP online. The screening will be at the City Council Chambers, 625 N. San Vicente Blvd. Free validated parking will be provided for the five-story parking structure on El Tovar Pl.

Thursday, June 4, 2 p.m. Matinee screening of “Victor/Victoria,” presented by the Friends of the West Hollywood Library. Free admission. The screening is at the City Council Chambers, 625 N. San Vicente Blvd. Free validated parking will be provided for the five-story parking structure on El Tovar Place.

Friday, June 5, 7 to 9 p.m. Opening receptions for “Art AIDS America,” a preview of a new national exhibition, at the West Hollywood Library and ONE Archives Museum & Gallery space. “Art AIDS America” is the first comprehensive overview of 30 years of art made in response to the AIDS epidemic in the United States. Co-curated by Dr. Jonathan D. Katz (Queer Nation SF, founder Harvey Milk Institute, first director of the National Queer Arts Festival in SF) and Rock Hushka (Tacoma Art Museum), the full exhibition will tour nationally beginning in Fall 2015, but visitors in West Hollywood can get a preview of approximately 50 works co-hosted in the two neighboring locations.

The ONE Archives reception is from 5 to 9 p.m. 626 N. Robertson Blvd. Admission is free admission and no RSVP is needed. The reception at the West Hollywood Library, 625 N. San Vicente Blvd., is from 7 to 9 p.m. , with comments by the curator at 7:30 p.m. Admission is free. Attendees are asked to RSVP at weho.org/pride.

Validation for free parking in the five-story parking structure adjacent to the library will be available at both Art AIDS America receptions.

The Museum of Contemporary Art, Los Angeles (MOCA) will host a reception on Friday for MOCA members  to celebrate the opening of “Tongues Untied,” an exhibition titled after the film by poet, activist, and artist Marlon Riggs. The exhibition, organized by MOCA and curatorial assistant Rebecca Matalon, presents a selection of works from the museum’s permanent collection by John Boskovich, Felix Gonzalez-Torres, and others, alongside Riggs’s exploration of black gay identity in the United States. More information is available online. The exhibit will be open through Sept. 13. The June 5 opening reception is from 7 to 9 p.m. at the MOCA location at the PDC, 8687 Melrose Ave. Attendees are asked to bring their MOCA membership card for entry. No RSVP is needed.

Also at the PDC that night, but not associated with One City One Pride, is the opening of the quarterly ‘DesignLAb” event featuring free open-to-the-public gallery receptions from 5 tp 9:30 p.m. on the second floor of the PDC Blue Building, 8687 Melrose Ave., adjacent to MOCA’s PDC location.