Bruce Jenner may have scored a reality TV show with his coming out as a transgendered person, but that won’t get him West Hollywood’s Key to the City. 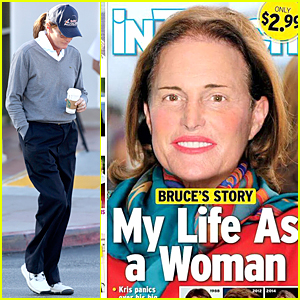 The idea was raised in an aside by someone attending tonight’s City Council meeting. But City Councilmember John Duran said he wouldn’t support it. “In my mind, Bruce Jenner has not earned anything by coming out as a transgendered person….,” Duran said. “The real question for Bruce Jenner is, ‘now that you’re out, what will you do?’… If he is willing to take his celebrity status and use it for something beyond being a member of the Kardashian family… then he is worthy of a key to the city.”

Jenner’s April 24 interview with Diane Sawyer of ABC News was his formal revelation of a status that had been much discussed in various gossip publications. In that interview, Jenner revealed that he is actually a member of the Republican Party, something noted by Duran in his comment tonight, and not an affiliation that is appealing to most residents of West Hollywood, an overwhelmingly Democratic and LGBTQ-friendly city.

Jenner, famous in his younger life as an Olympic track and field athlete, in recent years has become better known for his marriage of 24 years to Kris Kardashian, which ended in divorce earlier this year.

Aren’t there more important things to discuss/report about? This is “news?”

Jenner-wish him happiness, a long life as he was meant to live it, and the intelligence to cHange political affiliations, YES. Key to the city now?…NO.

Yes, Steve, we do all stand on the backs of others. But we generally don’t grind our heals into them as we do so. Jenner’s comments blindly defending the Republican Party is effectively doing exactly that by continuing to supporting a GOP with an increasingly craven politically-motivated hostility to American ideals of equal justice under law. I hope Jenner proves me wrong in the long run. But while he may have once been an amazing runner, he’s sure showing no efforts to even get off the starting blocks when it comes to serving the community he now seeks embrace from.… Read more »

Steve, there’s a huge difference between not giving someone the key to the city and lynching him. It’s premature to embrace Jenner to that extent.

And sorry, it’s more than a little hypocritical for you to talk about intemperate comments after you being one of the vituperative and negative of those opposed to incumbent council members. Or do you exclude your political opponents from those who deserve respect?

We all stand on the backs of many forgotten or unknown people who stood up when it was dangerous to do so. Perhaps a small dose of humility would be in order. We are all works in progress. Lindsay Horvath has come a long way from being a college Republican George W. Bush apologist. Today she is a progressive Democrat who I greatly respect. As a gay man who moved to West Hollywood 35 years ago to be in a supportive environment, I not exactly feeling a lot of love and compassion out there. I guess times have changed. Maybe… Read more »

Hopefully you’re right. But presumably neither did Paris Hilton, but some folks fell all over themselves to “honor” her just because of her name and fame. Hopefully CSW learned their lesson on that one.

I agree wholeheartedly with Rick Watts.

I doubt Bruce wants anything from West Hollywood, so it doesn’t even matter.

The problems that John Duran was RIGHTLY pointing out are 2: 1) Jenner’s steadfast loyalty to a Republican Party that has been–and largely STILL is– opportunistically EXTREMELY HOSTILE to equal justice for LGBT persons. It speaks to a classism on Jenner’s part that he (Jenner) is still UNwilling to come to terms with since “he’s got his.” Jenner stands on the backs of, and seeks protection in a community while still supporting forces hostile to it and to those of us who’ve been on the front lines of the fight for justice for years. 2) Jenner–like Paris Hilton a few… Read more »

As if Jenner had any chance to go through this with “quiet dignity,” the way the media has been hounding him since the earliest days of his transition. He has been famous for decades, and he realizes that the best chance he has is to beat the vultures at their own game. By going public on his terms, he is able to retain a modicum of control over his life-changing decision. So he makes a few bucks in the process, so what?

This is such a perfect WeHo story – 2 minutes of public comment wasted, Duran over the top in response, Steve Martin lurking there to be a scold, WeHoville, in my memory the 1st time ever posting a story during a council meeting (feeding the Kardashian click bait world)… a nothing burger story that plays on lots of agendas.

Duran certainly comes from a moral position that speaks of hypocrisy and forked tongue about a key to Weho for Jenner.

I think a membership to Grinder would be more appropriate out of Duran’s mouth. .

Duran is a local political hack and Jenner is a brave person. Duran is a petty little man for the comments about Jenner. Duran uses every opportunity to grandstand.