The City of West Hollywood is celebrating the benefits of bicycling in this National Bike Month by encouraging community members to leave their cars at home and hop on a bicycle to get to work. 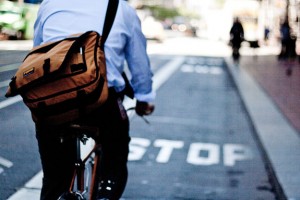 On Thursday, the city will host a “WeHo Bike Hub” bicycle pit stop from 7:30 to 10 a.m. in the sidewalk plaza at 8743 Santa Monica Blvd., just east of Hancock Drive. It will provide a spot for cyclists to gather, enjoy coffee, rehydrate and refuel with a snack on the way to work. WeHo Bike Hub participants will be invited to upload photos and provide social media updates on with the hashtag #bikeweho.

More and more people in metropolitan Los Angeles are choosing bicycling as their preferred mode of transportation. According to the U.S. Census American Community Survey and the Los Angeles Bicycle Coalition, approximately 98,000 Angelenos use their bikes to get to work. During the past decade, the number of bicycle trips in the region has increased by 56 percent.

There will be more than 50 pit stops across Los Angeles County to offer refreshments as part of Bike Week LA. More information about Bike Week LA and about Metro pit stops is available online.

During this Bicycle “Pit Stop” gathering can the leaders PLEASE inform, enforce, and encourage ALL bicyclist to NOT use public sidewalks to ride their bikes!!! For years cyclist constantly use sidewalks on Santa Monica Blvd from Doheny all the way to LaBrea with disregard to pedestrians and signage stating NO BICYCLES ON SIDEWALKS! I could see if there were no bike lanes to travel on-BUT THERE ARE!! Several times while walking my dogs-ON LEASHES, AS THE LAW REQUIRES-we have nearly been run over, sideswiped or yelled at by oncoming and cyclist coming from behind. This is not only dangerous, IT… Read more »