The Doheny Drive branch of the U.S. Postal Service, open not quite 10 months, is the subject of growing complaints by West Hollywood residents for its poor management and lack of customer service. 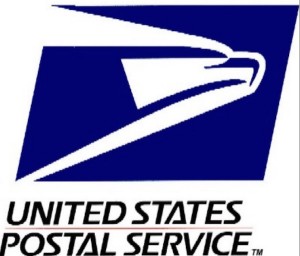 The customer service desk at the post office was closed for more than a week in February because of what a Postal Service spokesman described as a computer malfunction. Recent complaints to members of the West Hollywood City Council by local activist Jerome Cleary and to WEHOville from other residents highlight other issues. They include:

— Failure of postal workers to deliver mail to the branch and of the branch’s staff to sort it on a timely basis. People coming to the Doheny branch in the morning to pick up mail have been told that the branch hasn’t received it or that it might not be sorted and deposited into post office boxes until the afternoon.

— Failure of postal workers to promptly process mail deposited at the Doheny branch, which has led to complaints from some renters that checks dropped into mailboxes there are delivered to the landlord as much as two weeks late.

— A failure to keep the branch stocked with basic mailing supplies.

— A general lack of response from the branch manager, identified only as Miss Miguel, who, according to employees of the branch, sometimes isn’t present and whose phone number they refuse to provide to unhappy customers.

The Doheny branch, which is at 458 N. Doheny Dr. south of Santa Monica, is one of two U.S. Post Office branches in West Hollywood. In July of last year, the Postal Service closed the much larger branch on San Vicente Boulevard, saying it was converting it to a “delivery processing area.” That decision upset local residents and officials . U.S. Rep. Adam Schiff, whose district includes West Hollywood, and City Councilmembers Abbe Land and Jeffrey Prang unsuccessfully petitioned the Postal Service to keep the San Vicente retail service counter open.

The Postal Service has lost more than $50 billion in the past six or seven years, largely because of a large decline in first class mail and because it has overpaid more than $50 billion into pension plans for its workers because of requirements by Congress. The Postal Service’s reputation for customer service has long been in decline due to cutbacks in spending and the fact that managers have little power to discipline or fire workers for poor performance.

WEHOville reached out to the area spokesperson for the U.S. Postal Service but as of publication has not received a response.

A staff of 53, and they couldn’t afford insurance because of ACA requirements? Their business must not be very successful. I work for a small company of about 21 people, that does not make a lot of money. My employer had little problem finding plans that conform to ACA requirements. We are all asked to pay more in co-payments and premiums than most people I know in the work force, but its worth it. Also, regarding O’Care, there are different plans available. I feel bad for your sister, but I’m guessing there are plans with better coverage, which maybe she… Read more »

Oops! I got my numbers wrong in my last comment. I just talked to my sister and she said there had been 53 full time people in her office, and they kept 12 full timers, but put everyone else on part-time. Everything else is I said accurate, but I wanted to correct this error.

Actually, Rick Watts, it was “Insight” who first referenced health care in this discussion. Of the 30 million who have O’Care now, most of them already HAD private health coverage, but lost it because what they had didn’t meet the standards of O’Care, so it was replaced with O’Care. Take all those people out of that 30 million and there really are not as many new previously uncovered people who now have it as you think. An awful lot of those people, too, are finding that just because they have health COVERAGE doesn’t mean they have health CARE. Finding a… Read more »

BEB: You already went off-topic when you decided to use a critique of the roots of the Post Office problems as a pretext to rant about “government involvement” in healthcare [“ObamaCare”]. Say what you may, but at least Obama DOES care–about the tens of millions of your fellow Americans who were/are being screwed out of coverage by for-profit insurers. And THANKS to “ObamaCare”, 30 million of them ARE now insured and no longer left to die, rot, or show up in emergency rooms with life-threatening conditions that could be cured by a course of antibiotics. If you think it’s too… Read more »

Some examples of the first-rate service at this branch: 2 days before Christmas I sent a package via Express Mail (next-day delivery) to San Jose California. This branch sent it OVERSEAS, and it spent 2 days being routed back to the US and clearing incoming Customs at LAX. The younger clerk radiates hate. Once, I brought some shoes I’d ordered and was returning, and when I stepped to her counter I greeted her pleasantly and made some lame joke about never finding shoes that fit. She looked at me with venom, “how DARE you talk to me” kind of attitude,… Read more »

Rick Watts, I don’t want to go off topic here, so I’m not going to get into a back-and-forth with someone who can’t be convinced anyway of what he thinks he already knows, but I don’t think most Republicans would have any problem with the examples you listed. There is a place for government. But our health-care is not one of them.

I totally agree. Obama Care has not been what was promised. How exactly is it fair to force a family to give up their preferred health insurance which may cause them to pay more and change doctors. Those who had insurance should not have been affected. And it’s interesting that the President and Congress exempted themselves after the details became apparent.

Blue-Eyed Boy: From age 18 to 40 I USED to be an active Republican…until after “the lunatics took over the asylum” which–along with HIV–prompted a lot of reflective soul-searching on my part. I was personally acquainted with a lot of the Heritage Foundation extremists like Grover (“Our-job-is-to-shrink-government-until-we-can-drown-it in-a-bathtub” Norquist who would rather destroy its ability to deliver in order to prove their point. So if I am biased, it is because I know what and of whom I speak. Re your tired stereotyped canard about “government-run” healthcare, THANK GOD for Medicare, MediCal and the Ryan White/AIDS Drug Assistance Program, or… Read more »

Your bias is showing, Rick Watts. The USPS has been declining for a long, long time and government unions created these unsustainable pensions and employment protections.

Just as Insight said, “Just wait until they are in control of your health care!”

Another example of a GOP-dominated Congress determined to prove that “goverent doesn’t work”–even if they have to break what WAS working by starving it of funds just to pretextually “prove” their point.

For what it’s worth, the U.S. Postal Service is a constitutionally mandated service/entity. Article 1, Secrion 8, Clause 7. If Congress would let it actually operate as a private business and relinquish rate control and the absurd pension/healthcare funding requirement, it would be in the black and not have to close branches and reduce services. That said, the employees could be better and someone should have to answer for the terrible service lapses.

I think it’s an epidemic at the USPS. The Cherokee location loses certified mail, doesn’t answer the phone, doesn’t hold mail on Vacation Holds and much more. Time to let FedEX or another private company handle our mail.