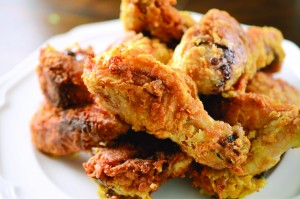 According to EaterLA, Mike Williams, former executive chef of Tipple & Brine in Sherman Oaks, hopes to open a Norah, a restaurant with a Southern-inspired menu, this summer in the spot formerly occupied by Don’t Tell Mama.

That location at 8297 Santa Monica Blvd. just east of Sweetzer has been home to several restaurants and bars. O Bar, owned by famed restaurant designer Thomas Schoos, was replaced in February 2013 by Don’t Tell Mama, the West Coast iteration of the famous New York City piano bar. It closed in May of last year. https://www.wehoville.com/2014/05/09/dont-tell-mama-closes-leaving-weho-la-without-gay-piano-bar/

According to EaterLA, the Norah menu will include hints of Williams’ exploration of Southern cuisine in Nashville, Charleston and New Orleans and will include a full bar. As to the exact menu — fried chicken, collards, chitlins? No word on that yet.

Meanwhile, there is a soft opening tonight of Bar10 in the space briefly occupied by Horn at 8933 Santa Monica Blvd. just east of Robertson. Horn, a restaurant and bar featuring fresh game opened in West Hollywood’s gay entertainment district in October 2014 and closed in March this year. Bar10 reportedly will offer a less expensive menu.