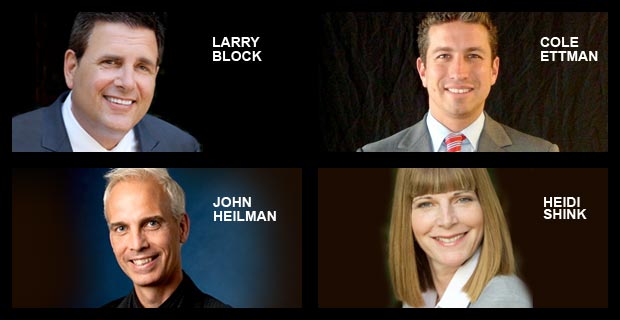 In early December, WEHOville asked West Hollywood residents what issues they wanted candidates in the upcoming City Council election to address. We received hundreds of responses and boiled them down to 13 key issues. We have asked each of the four candidates in the June 2 special City Council election to offer his or her positions on these issues. On each Monday through May 4 we will publish one or two of the questions and the candidates’ responses. On March 23, candidates addressed traffic issues. On March 30 candidates answered questions about parking. On April 6 they talked about pedestrian safety issues and the City Council deputy system. On April 13 the candidates answered questions about historic preservation and development. And on April 20 candidates discussed issues regarding campaign finance reform.

1) How can the city help seniors whose landlords evoke the Ellis Act to evict them and then turn their apartment units into lucrative condos, given that the payments those seniors receive on eviction often aren’t sufficient to cover West Hollywood’s high rents for long, and that the waiting list for affordable housing units is so long?

First, the purpose of rent control was is to preserve a person’s ability to “‘age in place”. So many of our walk-up units don’t have elevators. Seniors and the disabled with mobility issues are forced out of their units at the worst time of their lives. “Swapping” is an idea I introduced over this past year to the city’s Rent Stabilization Commission. It’s been called “innovative” and “the only new update since I’ve been on the Rent Stabilizatio”‘ by some of our commissioners. If we are dealing with the goals of rent control, which are to age in place, we have to polish off a renter’s ability to be moved to an available first floor unit, from an upper floor unit, when needed.

On the issue of landlords who evoke the Ellis Act and leave residents to find a new home – – this brings into focus a loophole in our housing programs, — transitional housing. We have no transitional housing. While the Ellis Act is terrible, – and amendments to the law should be examined – property owners have rights, and one of those rights is to sell the property. Perhaps the buyer has a different vision. Housing stock ages, an investor purchases a fixer upper, the land value exceeds the value of the “‘rental business,” evolution occurs, and we protect the people who might fall into these circumstances with a relocation fee. That relocation fee needs to be brought to today’s market rates. Today the $5,100 relocation fee does not go that far in West Hollywood. We should look at ways to increase that relocation fee for residents who are forced out of their units due to the Ellis Act. In addition, I’ve advocated a 10 percent development tax to be used on large scale projects that would be dedicated to bringing some mass transit/rail or trolley to West Hollywood. Let’s include this 10 percent development tax on all properties whose owners choose to invoke the Ellis Act.

Bottom line: The city can help seniors whose landlords evoke the Ellis Act by 1) providing  transitional housing, 2) discouraging  the use of the Ellis Act by adding dis-incentives, 3) increasing  the relocation fees,
4) providing an incentive to repair aging housing stock, and  5) partnering with the landlord to bring older buildings up to code.

As a city, West Hollywood must build coalitions and work with other cities to lobby the state legislature in Sacramento to substantially amend the Ellis Act, the state law that allows landlords to cannibalize rental units that are affordable and often inhabited by seniors on fixed incomes. Compensation for relocation must accurately reflect the current rental market. West Hollywood residents must be given priority for available affordable housing. We must remove the incentives for developers that encourage the demolition of our stabilized rentals and evict long time residents to build luxury housing.

We’ve had very few situations where an existing building is converted into condominiums. We’ve seen many more situations where a property owner uses the Ellis Act to evict tenants and then demolishes the building to build a new apartment building or condominium. We need to continue to lobby the state legislature to repeal or amend the Ellis Act to provide greater protections and greater relocation assistance for tenants. At the city level, we already provide that when a person is “Ellised” they get priority on our inclusionary housing list if they are a low- or moderate-income tenant. New developments also are required to set aside a certain number of units for low- and moderate-income residents.

The city can do so much more to protect residents from property owners who abuse the Ellis Act as a way to evict rent-controlled tenants. Firstly, I believe we can incentivize property owners with low interest loans and grants or tax breaks so that they will refurbish and restore older properties, rather than selling to developers who will demolish and displace the residents who live there. Second, we can de-incentivize developers from wanting to purchase properties by restoring “height averaging” into our zoning code. The General Plan, as it relates to zoning, has long been in need of updating to keep it current with the changing conditions in the city. A previous Council iteration actually removed “height averaging” from the General Plan in 2003, which keeps the heights of new buildings to an average of the highest and lowest rooflines in the immediate area. I believe that this was an enormous error and has resulted in a quantifiable uptick in overly tall and densely populated buildings placed into neighborhoods. “Height averaging” is another good way to dissuade developers from purchasing buildings and displacing residents. For those that are “Ellised” out of their homes, the relocation fees provided need to be based on comparable market values in the immediate area rather than simply being based on the number of people in the household and household income, as it is calculated currently. While a change to the compensation level would most likely have to be addressed via lobbying at the state level, we can do quite a bit with local ordinances that will strengthen rent stabilization and protect rent-controlled residents.

2) Can or should the city shore up the West Hollywood Community Housing Corporation, which says it is running out of money to build new housing and maintain what it has?

Please realize the West Hollywood Community Housing Corp. is its own entity and a 501c-3 non-profit corporation. As one of our agency partners we do our best to help the WHCHC meet its goals and the needs of its residents. But we are not a “bank” for WCHC. They have to maintain their properties. If they are in need of additional services or want to grow or expand their network of buildings the housing corporation can do its own fundraising. It’s a noble cause, and they can find creative ways to get community participation to help with resident services. If there’s a problem or shortfall with the West Hollywood Housing Corp. finances they need to look at their leadership, cut their expenses, do additional fundraising and address those problems themselves. It is the largest landlord in the city that gets financial assistance from the city, and we need to leverage our assistance to their performance.

Yes. While ensuring proper accountability and transparency, the city must fully fund and expand WHCHC to enable it to move swiftly and effectively purchase, and rehabilitate buildings that are high priority targets for developers to overdevelop. The focus MUST be to preserve our existing rent stabilized units, which are the backbone of the community. I will advocate for a public / private partnership to build Workforce housing in West Hollywood. We want people who can live and work in our city. Diversity is needed and those from all walks must have a place in our city.

Yes. When the state took away the city’s redevelopment agency, we lost a large source of funding for affordable housing. To compound this problem, the state also took away money that the city had anticipated using to assist the Housing Corporation with capital improvements at several of its older buildings. Several years ago I helped the Housing Corporation start an annual fundraising dinner. The dinner now raises money that helps fund resident services. I hope the dinner will grow over time so some of the money raised can be used to support additional units.

The city should look at every option it has to provide affordable housing, but within that, I believe  it would be a prudent investment to help the WHCHC continue its work, and the city would be wise to help it maintain, upgrade and “green” its current properties.

3) Should the city consider permitting construction of so-called “micro-units,” the very small apartments being built in cities such as San Francisco, New York and Boston to provide affordable housing for young people?

Yes. What is taking so long? In addition, the only place I’d advocate the construction of these micro-units would be along the perimeter boundaries of the city or main thoroughfares. Each unit should be required to have one parking spot per unit (current zoning is 1.5 parking per 2 units).

Before we can consider micro units, the infrastructure to support them must be in place. The unintended consequence of this type of housing could be more cars, congestion and gridlock and even less parking for existing residents. The idea has merit, especially for young people and seniors but if there isn’t adequate mitigation and sufficient transportation services these units could be a disaster. Above all we want West Hollywood to be a place where young people, families and seniors can live, work and raise a family. We do not want it to become a transient city with a high turnover of residents and a loss of the community we’ve worked so hard to build.

We should look at allowing some micro-units, but we should proceed very carefully. Micro-units sound attractive but they can result in very high density if the micro-units are all concentrated in a single building. One factor that drives up the cost of housing is the high cost of providing parking. Of course, we need to ensure that new developments have sufficient parking, but we also need to explore opportunities for parking to be provided in a less expensive manner.

Micro-units are a fine idea, provided that the pricing of these units is actually commensurate with the space they provide. The whole intent of micro-units is to provide a low-cost, spartan unit for young people or those on a tight budget. If these micro-units become too expensive, their desired function within the city will be lost. But the two most effective ways to provide affordable housing is to expand our stock and to maintain, refurbish, and upgrade our existing rent-controlled housing so that these older buildings will last for a generation or longer.

So, after reading this article over a couple of times, I found that it appears some of the popular terminology describing housing might not be understood by some of our candidates. I come from an affordable housing background in that when my mom was the head of Fair Housing at HUD in DC during the Clinton administration, she impressed upon me that the housing system in our country is rife with inequities and many forms of descirmination that needed to be exposed and repaired. I was fascinated by the depth of her knowledge and her passion of effecting a change… Read more »

Micro units are for the young. Not for seniors. Get that through your heads. They are too small to stick a senior in.

I’m very impressed with Block’s answers and practical approach to these issues. Especially the part about West Hollywood Housing Corp and tying assistance to their performance.