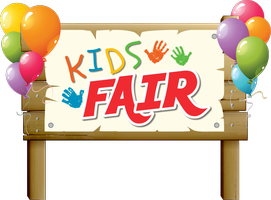 For kids and kids-at-heart, the City of West Hollywood will host its 20th annual West Hollywood Kids’ Fair on Saturday, April 25. The fair will take place from 10 a.m. to 2 p.m. at West Hollywood Park, 647 N. San Vicente Blvd. south of Santa Monica. Admission is free.

The Kids’ Fair will include family-friendly activities and attractions such as an entertainment stage, face painting, arts and crafts and booths from local schools, organizations and arts programs — even a choo-choo train. There will also be public safety activities, and the Los Angeles County Sheriff’s Department and Los Angeles County Fire Department will have equipment and demonstrations available for children to learn and explore.

Following the Kids’ Fair, there will be a WeHo Reads author series event with LeVar Burton, who recently published his first children’s book, “The Rhino Who Swallowed a Storm.” Burton will read from the book while the words are projected on the screen behind him so kids can read along. The reading will take place at 2 p.m. at the City Council Chambers at West Hollywood Library.