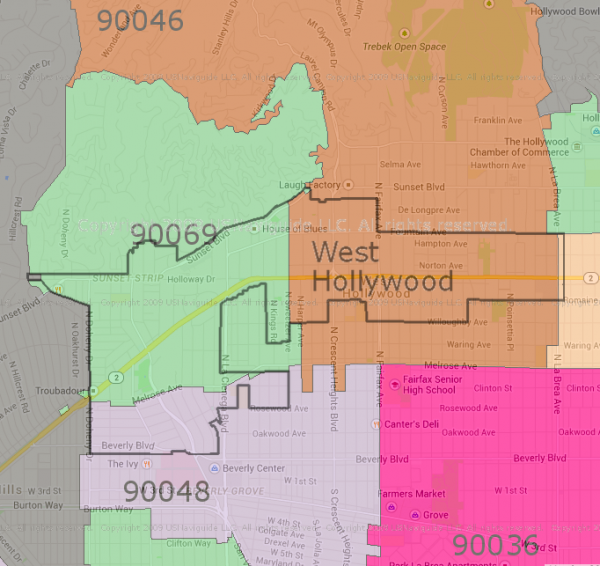 Because the analysis by PropertyShark, covers entire Zip zones, which stretch beyond West Hollywood’s actual boundaries, its data offers only an approximate estimate of actual price changes in WeHo. Property Shark is a company that analyzes real estate data for about 90 million residential properties across the United States.

A recent analysis of home prices in the West Hollywood area by Sotheby’s International Realty showed a significant increase in the three months ending in February over the same period last year. According to Sotheby’s, sale prices of single-family homes in and near West Hollywood rose 21 percent while sale prices of condo rose 11 percent. The Sotheby’s data isn’t directly comparable to that of PropertyShark, but it does suggest recent growth in prices after 10 years of relative stagnation for most of the city’s single-family homes and condos.

Hey Manny, one of my neighbors did that–it’s incredible. Their home was a tiny 700 square foot bungalow on a 3000 square foot lot. They now have 2 kids, love the area, didn’t want to move, but needed more room. they did a total remodel of the original floor & added a second–extraordinary architecture! You should go by. I think it’s the 1200 block of Spaulding, on the East side of the street, between Norton & Lexington–you seriously can’t miss it

Another excellent way to not get an “excessive” parking tickets is to ignore intellectually lazy “everything city hall does is okay with me” shills and vote for Heidi Shink on June 2nd. Then keep electing leaders who will return sensible parking rules to this great town, not career politicians who regressively tax the middle class and poor. If John Heilman got enough like-minded votes on Council to pass a law fining people for breathing, all his supporters would lazily contribute to the conversation is “Well, stop breathing.” Deep. Let’s get more thoughtful, creative thinkers on council like Shink to join… Read more »

@WehoFan…..Anyone in West Hollywood who chooses to remodel or build a second story on an “old shanty” house is free to do so.

There is one excellent way to not get that “excessive” parking ticket…..Don’t park illegally.

During the course of last decade, LA County and the nation experienced a severe recession starting in 2008, which resulted in declining property values. However, 2013 and 2014 saw West Hollywood growing at a rate that exceeds the County average (8.1% and 6.2% respectively). The City should continue to experience stronger growth relative to the County average again in 2015.

Everything this city does is anti-growth and anti-free market. THAT is why home prices have not gone up in a decade. We’re more concerned with preventing homeowners from remodeling and putting a 2nd floor on an old shanty house. That seems to be the city’s top priority. Oh, and issuing excessive parking tickets to all of our daily visitors. Welcome to West Hollywood.

This probably makes sense because, if I remember correctly, prices peaked in my area (Norma Triangle) somewhere between 2006 – 2007. So when you look at a 10 year average, we are about where we were at the peak of the last real estate bubble, before the Great Recession hit. It should concern many people if we are creeping towards the $1,000/sq ft for single family homes (which it is). I’m pretty sure if you look at per-square-foot sales in a specific area like West Hollywood West, it’s close to that now. Tear downs are selling for $800-900,000. Great if… Read more »