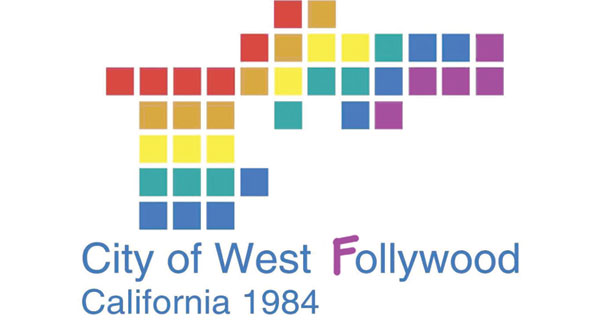 As a number of prescient cynics had predicted, West Hollywood City Council members tonight avoided dealing with “Deputygate,” the scandal involving their highly paid deputies that has involved allegations of sexual and other ethical improprieties.

Council members spend countless hours pontificating about gay rights in Russia and Uganda and international women’s and other human rights issues from their raised dais in the City Council Chambers in the hope that they will brand West Hollywood (and themselves) around the world as champions for human rights.

But those same Council members seriously damage the city’s reputation (“West Follywood” anyone?) by refusing to deal with their own ethical issues and those of their direct reports — issues that have a greater impact on those of us who live here than does the University of North Carolina at Chapel Hill’s policy regarding “gender inclusive” college dorms.

It was Mayor John D’Amico and Council members John Heilman and Abbe Land who voted tonight to postpone consideration of a proposal to authorize a study of ways to reform the deputy system. The irony is that the postponement was requested by Councilmember John Duran, the council member at the center of the controversy. Duran’s deputy, Ian Owens, is under investigation for allegedly spying on another Council deputy, and Duran has admitted he hired Owens after having sex with him. Duran asked for the postponement because he is out of town, attending the American Israel Public Affairs Committee’s annual policy conference in Washington, D.C. — something as relevant to life in West Hollywood as UNC-Chapel Hill’s dorm policies.

Another irony tonight is that Mayor D’Amico blamed the deputy problem in part on City Manager Paul Arevalo. “Our city manager, he has not delivered fair enough leadership on the third floor and neither have we,” D’Amico said. However Councilmember Land wisely pointed out the illogic in D’Amico’s comment about a system where Council members have hired their campaign managers (D’Amico and Michelle Rex) and those they have had sex with (Duran and Ian Owens). “At the end of the day we are asking the city manager to manage employees that we manage as well,” Land said. “If the city manager has a problem with the deputy, it’s hard to address that.”

But kicking the reform study down the road, as the Council did tonight, makes it unlikely that any significant change will be made in an expensive and dysfunctional system that exists in no other city in Los Angeles County as small as West Hollywood. For one thing, Councilmember Duran opposes eliminating the fulltime deputy system and is said to be interviewing candidates to replace Owens, who isn’t likely to return no matter what the police investigation turns up. Lauren Meister, a candidate who political insiders predict will win in tomorrow’s Council election, also wants Council members to have fulltime deputies. D’Amico told the Council tonight that he had reached out to Meister and challengers Joe Guardarrama, Lindsey Horvath and Larry Block, suggesting that they supported delaying the item.

After the election for three Council seats is over tomorrow, the winners will be under less pressure to clean up this mess. They will be able to continue kicking the can down the road, which sadly is the Council’s typical approach to ethical issues in West Hollywood.

Did you notice the outrageous salaries? For council deputies? For a city of only about 35,000 people? Comes out of your taxes, one way or the other, City Hall is for insiders. West Hollywood residents are outsiders. Suckers. But you already knew that.

I fear that “…postpone consideration of a proposal to authorize a study…” just about sums it up.
Note to City Hall: There’s a reason why the public comments at last Monday’s Council meeting were what they were…and why the result the next day was what it was, despite (perhaps IN REACTION) to nasty campaign tactic and attempts at voteranipulation by self-dealing outside money.

I have repeatedly been harassed by the WeHo Sheriff’s Department. At one point it was so serious (being called a “F#ggot” repeatedly, I called the City Hall department for problems with the Sheriff’s Department. I got a voicemail back saying in a very belligerent tone (clearly aware of who I was and what has been the ongoing treatment of me by the Weho Sheriff’s Department) …. “SO! I hear YOU HAVE A PROBLEM WITH THE SHERIFF’S DEPARTMENT …… (long pause) .. Why don’t you just come on in and we can discuss what can happen if I file a formal… Read more »

I for one want the ‘old’ council to do NOTHING in the way of policy. We elected one (or two, depending on absentee balloting) new councilmembers this evening, let’s let the new folks participate in making policy for our city’s future. I expect they’ll come up with a better solution than that which their predecessors created.

“The irony is that the postponement was requested by Councilmember John Duran, the council member at the center of the controversy.” Actually, Duran has been accused of sexual harassment, and admitted to having sex with his deputy, neither of which is part of the “deputy controversy.” The actual controversy is about the management, behavior of deputies (accusations of spying and whatnot) and who deputies should report to. To my knowledge, nobody has accused Duran of directing Owens to collect data on Fran Solomon, nor has Duran admitted to being any part of it. I think the council did the right… Read more »

@ Dapper Dan: Our Mayor is proud of the fact that he has had weekly meetings over coffee with JA for the last 10 years. That’s 520 meetings and what benefits does the city see from all that brain crunching? Oh to be a fly on the wall on the wall or not. Agreed, the pasture gate is open. But wait, JA is connected to another manipulator ensconced in this swamp.

BTW – the deadline to file for the June election is this Friday, meaning that some of those who don’t win tonight might just keep on running.

Oh, what about those people on a “commission” (i.e. – Planning Commission)? According to a source they are on there at the “will” of the City Councilmember who appointed them. As we did, I think, in the last election have term limits for Councilmembers, we should do the same for those on any “commission.” Some of them have been there TOOOO long ! One of whom, I think is very pompous, self-absorbed and dismissive of any disapproval of a new building (as in JA).

Fear not… This rot will not stand. In time it will crash and burn. Unfortunately, for a few sitting members and candidates they will lose out on support and votes that otherwise would have been theirs. As for the double standard, pontificating BS they spatter about – whadda joke. This will not go away. Trust me. Brian

It’s a no brainer that they’d delay this until after this election. Why anyone would have a problem with this is beyond me. And D’Amico indeed is the nexus of cynicism, closely followed by his new BFF Lauren Meister who betrayed her supporters and showed how desperate she is for victory by tying herself to him. It’s going to get ugly, and with it likely both will be in the council, possibly dangerous for this up to now very stable city. D’Amico clearly wants to run thi city, likely get his own choice for City Manager as his pawn. He… Read more »

I am happy I voted for no incumbent. And, additionally, what business does he have going to DC when all of this is happening?! What a cheap move.

what happened last night was a despicable display of huberis and partly a massive cover up. the council’s total disregard for transparency and ethics was revealed once again. remember this is the same lot that refused to reform itself 18 months ago with lobbying reforms. on the other hand is the mayor covering up the misdeeds of owens and rex? is he afriad of what may happen to him if the deputies are disbanded? just look at the retribution brought on duran from owens. if council approved the reforms proposed last night, owens and rex might have unleashed more of… Read more »