That’s one thing he hated! The NOISE! 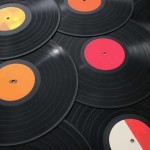 The din of city living can make a person feel downright Grinch-y. The construction. The neighbors’ dogs. The nearby rooftop pool parties. The … blaring record players?

With West Hollywood’s noise ordinance established in 1985, and not updated since then, it includes cranked-up phonographs among examples of prohibited noises. The City Council on Monday approved the formation of an interdepartmental task force, comprised of city staff, to review the ordinance.

City Manager Paul Arevalo will appoint city staff members to the task force, which will then collect input at meetings of the Planning, Public Safety and Business License commissions. Fran Solomon, deputy to City Councilmember John Heilman, said that the hope is for the task force to return to the City Council by Dec. 1 to give recommendations on revising and updating the ordinance.

Solomon said that Heilman’s proposal to assess the noise ordinance was not the result of any specific complaint, though she acknowledged that the city hears from people who have concerns and challenges related to noise. Some people get frustrated, she said, by what they see as inconsistent enforcement of noise regulations. Others, she said, don’t want to run afoul of the law but aren’t sure what is permitted.

Solomon noted that the existing ordinance is “very broad” in setting as a standard for prohibited noises sounds  “annoying to reasonable persons of ordinary sensitivity.” She said that the ordinance needs “a fresh look after all these years,” and some WeHo residents have chimed in to agree.

Quinn provided WEHOville.com a written version of the remarks he delivered at the meeting. Here is an excerpt:

“The codes in question are seemingly about noise, but really they are about my property rights. Do I have the right to decide what goes on in my own home? Currently, my neighbors’ dogs seem to have more rights than I do.  Even though I’m not a pet owner, I can be forced to listen to hours of barking from a neglected and ill-tended neighbor’s pet …

“Of course life is noisy, and we need to be understanding of each other, but we need to take responsibility for our own dogs, our recording equipment and for our private, for-profit events.  “Should you really be able to have band practice in the apartment next to mine without making any effort to sound proof? The current code says that’s okay.

“Good fences make good neighbors and in our very densely populated little city, these codes are those fences.  But these fences are old and in need of repair … The proposed analysis can be the first step in making those repairs and raising the value of my property, to me at least.”

Rice said that he is concerned about the sounds of nightlife and construction, with the offending noises sometimes coming from outside WeHo city limits.

Leaf blowers. These things are the tools of Satan. At the very least, WeHo needs to regulate their use to the 9am – 5pm hours. I am so utterly sick of hearing them outside my bedroom window at 7:45 in the morning…

The honking on the Cynthia St freeway has gotten out of control! The traffic eastbound between Doheny and San Vicente 3-7 pm is nonstop bumper to bumper, and frankly is out of control. We have lost our neighborhood to unwanted drivers, that simply want to bypass Sunset and Santa Monica. If the city won’t do anything the residents must start a campaign to save our street! We should all start walking and walking our dogs around in circles delaying the traffic to a dead stop. Perhaps this would detur the non residential drivers to stay off Cynthia St.

For what it’s worth, my experience with responding to noise complaints in my neighborhood (late night parties, incessant dog barking) as been excellent, both from the sheriff’s office and relevant city officials.

here’s an interesting story in my apartment building we had a tenant that had all night parties until many times sunrise and we were dependent upon calling the West Hollywood Sheriff’s Department for 7 and half years in the 1990’s. Even after 60 police reports at the time the at the time Captain Richard Odenthal blew us off many times. Finally they assigned a detective and 4 criminal counts were filed by the D.A.’s office and the tenant was convicted on 2 criminal counts for loud noise/disturbing the peace. And then the landlord decided that they could suddenly evict this… Read more »

I had a Sheriff’s Deputy tell me that we have no noise ordinance. None at all. So, they keep coming back to one specific neighbor at least 3 times a week because he is keeping an elderly couple awake night after night with his loud tv. Their landlord won’t do a thing about it either. He just tells the elderly couple to call the Sheriff’s Office.