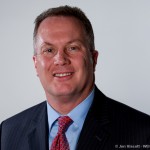 The WeHo PAC, the political arm of the West Hollywood Chamber of Commerce, has endorsed West Hollywood City Councilmember Jeffrey Prang in his race for Los Angeles County Assessor and Richard Bloom for re-election in the state’s 50th Assembly District. Both races will on the June 3 primary ballot.

The PAC hasn’t endorsed a candidate for the 3rd District seat on the Los Angeles County Board of Supervisors, from which Zev Yaroslavksy is retiring. West Hollywood City Councilmember John Duran is a candidate for that seat, facing former Santa Monica Mayor Bobby Shriver, former state lawmaker Sheila Kuehl and former Malibu Mayor Pamela Ulich. Genevieve Morrill, the chamber’s CEO, said the PAC has not yet been asked to endorse anyone in that race.

Prang, who has been endorsed by a bevy of major political figures, also has received the endorsement of the Hollywood Chamber of Commerce PAC and Los Angeles County Firefighters Local 1014.