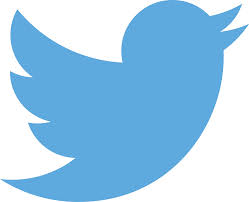 Most of us will never amass anything like “kissed-a-girl-and-liked-it” Katy Perry’s Twitter following. Perry, who tops Twitaholic’s list of accounts with the most followers, surpasses former king of the hill Ashton Kutcher by more than threefold. Most of those on Twitaholic’s list could be culled from the pages of a music mag, with the occasional political of business figure (see: Barack Obama at No. 4) in the mix.

But you don’t have to get re-Tweeted by Britney Spears to leverage Twitter. In fact, some local yokels are using the social media platform to enrich the lives of their fellow West Hollywood residents—or at least to give them a few laughs.

So, based not on the size of the audience but on the entertainment value of their words, here are some West Hollywood-related Twitter accounts that you simply must add to your feed:

You’ve probably heard not-very-serious “problems” (in the vein of, “OMG, the barista spelled my name wrong!”) described as “first-world problems” or possibly as “white whines.” @WeHo_Problems breaks these things down to a more geographically specific level.

Here’s a sample post: “@HereLoungeWeHo will close for a month from Dec 3rd to Jan 2nd. Where will #SundayFunday migrate to? #WeHo”

This joke-filled feed is based in “West Hollyweird,” according to its bio, which also includes a disclaimer, “If you take life too seriously then you probably shouldn’t follow us!” (At WEHOville, we say if you take life too seriously, you shouldn’t live in West Hollywood!) You should probably also be old enough to watch PG-13 movies because the jokes tend toward the unabashedly sexual (and gloriously gay).

“Did you hear about the homosexual letter? Only came in male boxes. #comedy #humor #joke #homo #gay”

“Exactly what it says on the tin,” so to speak. This account Tweets the deets on the gay WeHo scene, with a big focus on clubs and parties.

“the CHRISTMAS PARTY of your dreams has arrived. if your dreams were a long lost remake of Santa Claws by John Waters.”

Our hearts were won over by the bio: “My public calls me Tranny on a Bike, or Pretty (Wo)Man, or Ricky. I ride my bike around WeHo wearing Tranny-Couture from a boutique called Out of the Closet.”

“@JaredLeto: Yes I just saw this man in hollywood.”

If you accept Megyn Kelly’s insistence that Jesus (and Santa) must be white, we hope you’ll accept as savior someone as pro-gay as Jesus’ double, Kevin Lee Light. Light, aka WeHo Jesus, often graces the Creative City in flowing white robes and sandals.

Did we overlook any must-follow Twitter accounts from WEHOvillians? Feel free to share their handles in the Comments section below! Remember—if you take a selfie at the rainbow crosswalk, the hashtag is #WeHoRainbow.

And, of course, we hope you’ll follow us on Twitter. Our handle is @wehoville, and we post a steady stream of news and event updates. Suggest us to your friends the next time #FollowFriday rolls around!