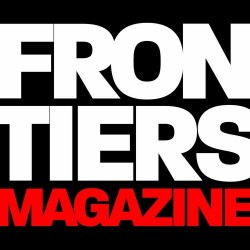 Neiter’s decision last week, revealed in court documents filed today, ends more than 10 months of uncertainty for the company, which publishes Frontiers magazine and filed for Chapter 11 bankruptcy protection last March. Frontiers then reported debt of $3.2 million and cash on hand of $58,000.

Under the bankruptcy plan approved by Neiter, Turner will acquire the company for $361,000. Wells Fargo, which Frontiers owes $1.3 million, will receive $140,000. Frontiers Publishing, from which Frontiers publisher David Stern and his late business partner, Mark Hundahl, acquired the magazine in 2007, will receive a $95,000 payment on its debt of $900,000. After closing costs of about $4,500, that leaves Frontiers with $121,500 in capital. The bankruptcy decision included no provisions for paying other debtors, who include printers and miscellaneous vendors.

Frontiers, which claims a circulation of 30,000, was founded 31 years ago and is the largest gay publication in Southern California. It is published biweekly and distributed free of charge.

The magazine has largely operated in the red this year according to revenue and expense reports filed with the bankruptcy court.