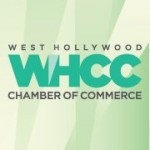 The West Hollywood Chamber of Commerce has announced 11 candidates for nine seats on its board of directors for 2014. The 22-member board provides strategic direction for the chamber, which represents the interests of area businesses.

Chambers members will be asked later this month to vote by email. Additional nominees will be put on the ballot if they get the support of at 10 chamber members and are nominated in writing by Oct. 11

Should there be any confusion on the subject of any Chamber of Commerce – the Chambers nationwide are a huge lobby for business. Not 401(c) organizations to help the helpless; pet rescuers, Samaritans or soup kitchen proprietors. They serve to help promote the interests of commerce and local businesses large and small. They have aims and goals that are good and bad but they are not a philanthropy nor do they act in the capacity of community advocates – except when they are advocating for business. Many people are not clear on that concept.