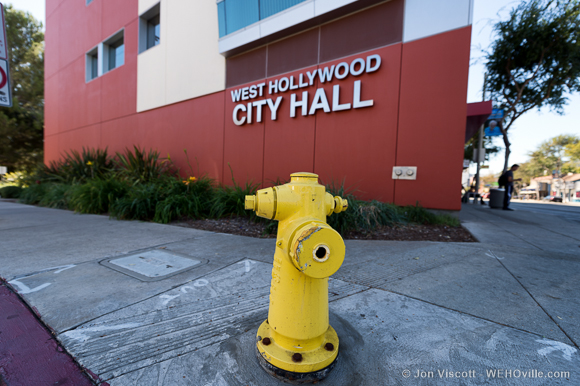 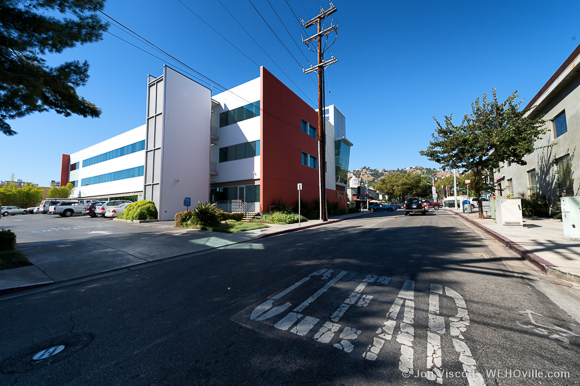 At the same time, power poles will be removed from the sidewalk and utility lines transferred underground. The fire hydrant on the west side of Sweetzer at City Hall will also be moved 10 feet south. That fire hydrant has been hit frequently by cars turning onto Sweetzer, causing a cascade of water gushing 30 feet or higher.

The widening project is scheduled to start in November and be completed by March. The City Hall parking lot will remain open during the first part of this project. However, the parking lot is scheduled to close in January when work on the new $16 million “robo-garage” begins.

Once the parking lot closes, City Hall visitors will have to use the Kings Road parking deck two blocks away on the northeast corner of Santa Monica Boulevard and Kings Road.

The widening of Sweetzer and construction of the “robo-garage” is being paid for via bonds that the city issued in August.

Not sound ignorant but how do you actually widen a street, without reducing the size of the sidewalk? i guess I’ll go by and see…. For those of us who use the free cityline its really screwed up the timing and route, which could have been planned better, can’t help but think the robo garage will no doubt close off sweetzer completely at times during the construction. As far as the Robo Garage, I feel like its a big show off, instead of just providing more parking. Sure they are used across the country in areas, NY, etc, but did… Read more »

I think we should call it “The $30 million Robo Garage”.

Even the official price tag is already much higher. $16 million is only the partial cost for construction. not sure that includes the Unitronix technology? it certainly doesn’t include maintenance and operation, at least another $5 million for the first 10 years. how much for design, $2 million? bond servicing $1.5 million? this street widening is separate as well, budgeted at $1 million, another $1 million is set aside for ‘unexpected contingencies’.

I bet we’ll get to $30 million before it’s functioning properly.

I wonder where the extra $400k is coming from for this project? Was this always part of the budget and is it included in the $16M price tag? I guess extra street width will be helpful with the inevitable cuing that will take place during busy use of the robogarage structure.