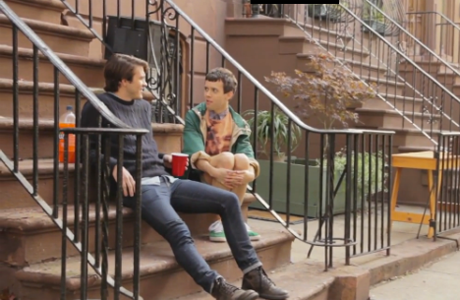 A ROFL comedy that follows 3 siblings—Henry, Roman and Madison—in 3-episode arcs, The 3 Bits will keep you wanting more. Here’s the lowdown on each sibling’s “story” in this new gay web series:

Roman Bits (Margaret Singer) has a new company: she used to sell weed, now she pulls them. A darker comedy than her brother Henry’s arc, Roman’s arc follows her as she gets into trouble when the business she’s trying to leave behind comes back to bite her. Dealing with rabbit-masked thugs and sexually curious housewives is easy; her stressful relationship with Kelly (Lola Albright) is another story. Amidst all the drama are some interesting scenes about gender identity, lesbian sex and family expectations. A tense take on a drug-dealer reborn, Roman’s 3-episode arc will be sure to keep you awkwardly laughing.

Sadly, the series has yet to release any episodes on Madison, but we expect her arc to be just as wacky and funny as her siblings’—just with some added “single-motherhood.”