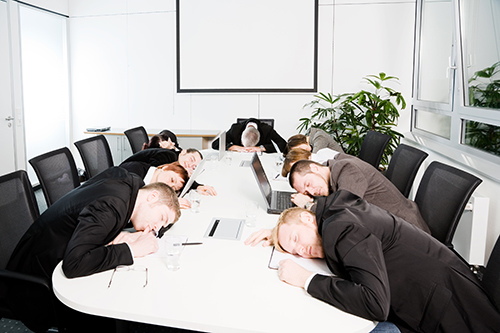 It’s time for the West Hollywood City Council to get to work.

In recent days, the council has taken a stand on rules banning men and women from sharing dorm rooms at the University of North Carolina at Chapel Hill. It banned circuses from West Hollywood, a town where, best we know, no circus has ever been staged. And a few weeks ago, council members poured fake Stoli vodka in the gutter on Santa Monica Boulevard, using the product of a gay-friendly non-Russian company to protest homophobic laws in Russia, damaging that company’s reputation (and that of West Hollywood) in the process.

But the council has done nothing about some major issues that actually affect West Hollywood.

Today, Sept. 18, will be six months from the date the council asked members John Heilman and Jeffrey Prang to return in six months with a proposal to address the city’s soiled reputation for corrupt campaign finance and conflicts of interest. That request came after Heilman’s proposal to ban business lobbyists from serving as campaign managers for council candidates — the Steve Afriat Bill — was shouted down by John D’Amico, oddly the only council member who hasn’t yet used Afriat as a campaign manager.

Progress on that? None. “We haven’t been able to find a mutual time in our schedules to meet,” said Prang, co-sponsor of the council’s stand on dormitory policies in North Carolina. “Working full-time, and on other projects, it’s hard to find time.” Heilman, in an email response to WEHOville, wrote: “We plan to meet. Our city staff is working on several issues they wish to bring to the committee. We will likely meet later this month.”

That sounds like the sort of (in)action the council has taken on complaints about Christopher Street West’s management of the annual LA Gay Pride festival, which the city underwrites. In January council members John D’Amico and John Duran were named to a subcommittee to address those concerns. To date, that group hasn’t met.

Yes, we know local television cameras are more likely to show up for a fake Stoli dump. The animal activists who helped put D’Amico in office are more likely to laud a circus ban as they did his ban on the sale of fur. And taking a stand on gender neutrality in college dorms in a town 2,523 miles away will burnish the reputations of Prang and Mayor Abbe Land, the resolution sponsors, with some gay activists.

But, dear council members, you were elected to represent West Hollywood. You’ve got the time to study the college dorm situation in North Carolina, to proclaim your concern for lions and tigers and to castigate Vladimir Putin. But you don’t have the time to address the dismal fact that you all were elected to office with donations from outside real estate developers and billboard owners? That the campaigns of four of you have been managed by a major lobbyist whose clients seek to make money from deals with the city? You don’t have the time to investigate the uproar over CSW’s management of LA Pride and its declining attendance? We suggest you find the time, or step aside for someone who does.

[…] The publisher disparages West Hollywood’s advocacy for LGBT, gun, women’s, disabled, sen… around the world, claiming that campaign finance reform, moving CSW out of West Hollywood and severly limiting campaign money takes precedence, as though no city anywhere, least of all WeHo, has the right to pay those issues attention.  […]

As I noted before – our Gang of Four has adopted GOP tactics in its attention to municipal issues unless they are hot button issues (like that three ring circus coming to town) and party buses. OR of high PR value. Real people live in WeHo. Real gay and straight folks who actually have real concerns. Thank you Hank for reminding our “do little” Council of this. Being compared to the GOP House is not a compliment from where I sit. And note to Mr. Duran, Esq. : Even one’s god is not immune to undue influence as witnessed by… Read more »

The City Council’s heaving lifting has apparently been delegated to the robots in the $16-$20M robogarage. Impersonal, mechanical, predictable, with sometimes a very long wait. There are countless empty storefronts up and down Santa Monica Blvd. CSW/Pride needs fixing, Halloween needs a reboot, West Hollywood Park looks like it was made an an event space rather than a park, campaign finance reform won’t be done before the next election, development is taking place all over the City with everything being a mixed-use luxury condo/apartment, small lots are being developed from a single family home to multiple condos (all very expensive),… Read more »

Hank, the truth teller, undercover cop.. YES Hank you on target.. Remember how the ‘ad hoc’ committee was set up… Heilman proposed campaign reform, Abbe joined in the name of ‘transparency, Duran was a no.. no to campaign reform.. ? and D’amico jointed in. 2 no’s 2 yes, I thought Prang saved the day with his ad hoc committee.. but maybe now he is just interested in his colleagues endorsements. Just follow the money, John Duran raised 220 k, for a 900$ a month job. And you can follow the money right the the Melrose sidewalks extension, and bonus height… Read more »

it is now six months ago that an extremely irritated John Duran, channeling his inner Dick Cheney, proclaimed that he was immune to undue influence by those who financed his campaign and therefore the city didn’t need campaign reform.

I highly recommend the video on the city website.

Rik: Are you suggesting that gay residents only care about Pride and No H8?
That’s insulting and ignorant of you, whether you’re gay or not. And if you are gay, see a shrink to get over your self-loathing.

Get to work! I want a dog park in West Hollywood park.

Can you imagine the screaming that would take place if straight City Council members neglected to meet about bringing the pride parade up to date? The No H8/duct tape crowd would go out of their minds.

Thank you Hank for shining a light here, but nothing will happen. WeHo has lost its soul to the very same rich people who make sure their candidates are bought to preserve their lifestyles and the hell with anyone else. It’s the American way and a new revolution is what is needed across the land. But we’re distracted by our sports and fashion and everything else the powers put before us to distract us from human rights and fairness. It worked for the Romans for a long time . . . but it won’t for us.

One sure way to bury an issue that nobody on council wants to do anything about (like campaign finance reform or Plummer Park) is to appoint a special sub committee. Is anyone really surprised that they haven’t even met? Thanks to Hank Scott for calling them on it, now they’ll have to have at least a token meeting and come up with some token suggestions that will preserve the status quo that works so well for council members and their ‘sponsors’. Since Jeffrey Prang is now campaigning very hard to leave the very council seat he campaigned so hard to… Read more »