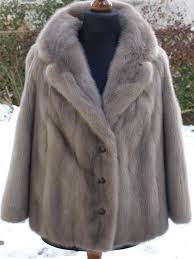 Fur may be verboten, but it’s still flying in West Hollywood’s tooth-and-claw battle over a ban on the sale of fur apparel. Industry group Fur Information Council of America (FICA) plans to file a complaint next week in an effort to block enforcement of the ban, which was passed by the City Council in 2011 and takes effect on Saturday.

FICA executive director Keith Kaplan said that the agency has received calls from local retailers who have questions about the ban, which he called “ill-conceived and lacking appropriate research.”

“The questions arise from the numerous ambiguities found in the ordinance itself,” Kaplan said via email. “In addition, a number of significant legal issues are presented by the ordinance. On the basis of these ambiguities and legal issues, our attorneys have drafted a complaint to be filed with the courts next week. A draft of this complaint has been presented to the city attorney as a courtesy.

“In addition, the attorneys have requested that the city suspend enforcement of the ban pending judicial review of the ordinance. We believe this is a reasonable request given the significant impact this ordinance will impose on local retailers.”

At least one of those retailers may work a loophole: the ordinance does not ban the display of fur products. That may be to the advantage of Kitson, which has several locations in close proximity to one another, including at 8590 Melrose Ave. at Westbourne. Courtney Saavedra, Kitson’s director of operations, said the store is considering putting fur items on display. Customers who spot a fur-lined vest, jacket or gloves could be directed to a nearby Kitson location—one that falls outside the WeHo border.

“It is a viable option,” said Saavedra, who believes the ban will drive tax revenue out of West Hollywood. The city attracts a lot of tourists, she said, and “if they’re interested in a fur product, they’re going to go out of West Hollywood to buy that … we should let the market decide.”

WeHo’s upscale boutiques won’t be moving mink stoles, but that doesn’t mean the town will be totally fur-free. There are several exceptions to the new law. The ban applies to “wearing apparel” such as shoes and hats but not to items such as purses, jewelry and furniture. Residents can still don fur products purchased elsewhere, as long as they do not re-sell them. Non-profits and second-hand stores are exempt.

West Hollywood is reportedly the first U.S. city to adopt a law banning the sale of fur products.

On one hand, it’s not surprising that WeHo would take such a stand. The animal-loving city has banned the retail sale of cats and dogs, and it recognizes their human companions as “guardians” rather than owners. West Hollywood has banned “pet rentals,” cat de-clawing and, most recently, performances by exotic animals.

The city’s website says that the ban on fur sales aligns with its reputation “as a Cruelty Free Zone for animals.”

On the other hand—the one that’s sporting fur-lined gloves—WeHo is a fashion hub that’s home to upscale boutiques whose wares have historically included fur products. And it is home to the national headquarters of FICA, which according to its website is “the largest fur industry association representing fur retailers and manufacturers across the country who collectively account for over 80 percent of U.S. fur sales.”

In 2012, the city commissioned Keyser Marston Associates, Inc. (KMA) to conduct a survey to assess the ban’s potential economic effects. According to KMA’s October 2012 report, only 27 businesses participated in the survey; 16 of those indicated that the ordinance would negatively affect their business, with five of those suggesting it could convince them to relocate. The participating 27 businesses account for about 11 percent of the city’s apparel-related businesses, according to the report. That percentage is too low to constitute a scientific sampling, the report says.

KMA estimated that tax revenue from the sale of fur products has totaled about $28,000 annually in West Hollywood.

Let the lawsuits, that we all knew would be coming, begin.

Fur is the epitome of green, renewable and sustainable. Those garments will be used for decades and probably become heirlooms. What is the origin of the material in your own clothes and how long until their in a landfill?

when will they ban ALL animal products. if its truly an animal cruelty free zone why is leather, meat,milk eggs, cheese still legal? what about drugs that have tested on animals or beauty products, soap or anything glycerine based. how about jello. lets not forget either all the horribly mutilated and murdered rodents killed by combines to harvest the soybeans tofu is made from. in fact humans don’t deserve to live on the same planet as majestic animals like wolves who eat their prey while its still alive. there needs to be a virus to wipe humans off the earth.… Read more »

An ill conceived law built on lies and Animal Rights created films depicting animals being skinned alive. The fallacy was exposed in Law Courts that PETA types were in fact guilty of actually skinning animals alive in an attempt to create lies against the fur industry while ignoring the truth is Animal Welfare laws guide the fur industry . The passing of the Law proves Free Market Capitalism where the consumer decides the market does not exist in WeHo. This law tells folks communism is alive and well in WeHo.

West hollywood city council is so corrupt, Jeffrey Prang and the rest just lean to whatever group funds their pockets. The only sane vote against the fur ban was from the one politician who actually is a vegetarian, mr. John Heilman. This man thinks with his brain. This law was not about protection of animals, it was about animal rights activists who threatened city council members if they did not vote for the ban. Let the consumer decide. You want a hamburger, then order one. You don’t, then be a vegetarian.

well if there is a way to ruin a skin for a fur coat the best way is to try to skin the animal alive..DUH.. hard to believe that a politician ( even a former one) could be so gullible.. as for the fur ban.. no worries.. some of the guys that live there can just take of their shirts

I’m just curious… Are all you people vegetarians? Makes me sick to watch chickens heads chopped off, pigs slaughtered, and dolphins fins clipped and then thrown back… We should ban shark fun soup… But it seems like this ordinance was structured so that’s the pacific design center and Charles cohens donations to council members make the PDC the only game in town to sell fur nationwide… If we are banning it ban it all- but dont target the mom and pop retailer.

We have fake fur. Why would you kill an animal for fur anymore? I think most people would prefer to view the animal with its fur and life intact. Fur bans are the right way to go, since real fur is not necessary anymore.

I am not PETA, as a poster mentioned above, or any other organization. I am an individual, a working mother who supports righting a horrible wrong: the horrific torture and murder of innocent animals for profit and vanity. I cannot believe any business will go under because they’re not selling fur. I am shocked and saddened that anyone would support such a cruel industry. No being should ever endure what these animals do. WeHo is an incredible town, on the right side of history. I will go out of my way to shop, eat and go out in WeHo. PLEASE… Read more »

I’m a “Thumbs Up” for the fur ban in West Hollywood. It’s pretty well known the practice of breeding animals for their skin is not for the faint of heart. It’s an inhumane way to make a buck. End the pain and misery associated with fur clothing. Fur is dead, period.

Thank you WeHo for standing up for the Animals….This is such an important step!

Thank you! Thank you, WeHo for once again standing up for non-human animals and helping to eliminate the use and abuse that goes on in secret.